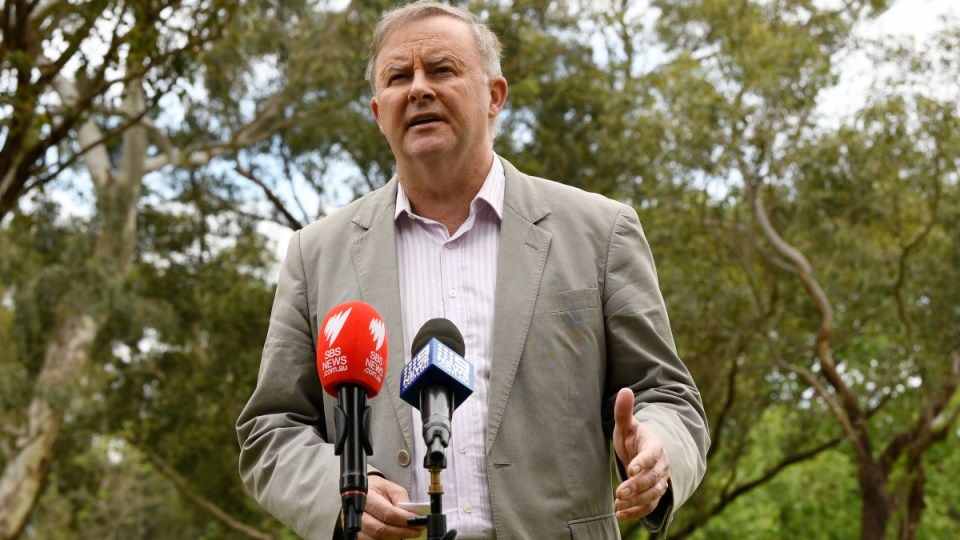 Anthony Albanese has welcomed Bill Shorten’s pledge he will never contest the leadership again as the party grapples with the $31.9 million costs of the campaign.

The Labor leader was responding to weekend press reports of Mr Shorten’s mea culpa for the campaign.

In the interview, Mr Shorten admits the party should have offered more generous tax cuts and listened to seniors over franking credit reform fears.

Mr Shorten also publicly pledged that his leadership ambitions are now over, a move his successor welcomed.

“He certainly has said that. He led the Labor Party to two elections,” Mr Albanese said in Brisbane.

“He now is working very strongly as a member of the Labor team and that’s a good thing and I welcome his contribution. He worked hard each and every day to elect a Labor government. And it was a very difficult outcome for him; particularly under the circumstances whereby every opinion poll was saying that he would be elected Prime Minister.”

The ALP’s post-mortem into the election result is expected to be brutal, laying the blame for the result with too many policies that were poorly explained, bad polling and a dysfunctional campaign.

“I think one of the issues that we had, frankly – and I have said this before, in May – was that between 2013 and 2019, we almost treated it like one term,” Mr Albanese said.

“What we have done this time is recognise the scale of the defeat, which was significant. We need to recognise that the election campaign is not won this year. In 2022, we need to be considered about how we move forward, make sure that we have the right policies that will see us be successful because Australia needs a Labor government. This government is treading water.”

The New Daily revealed on Monday that the ALP national executive committee has been told the total expenditure on the campaign to elect Bill Shorten was $31.9 million.

That has left the party with a budget deficit of between $800,000 and $1 million because Labor’s polling overestimated the primary vote, upon which public funding to political parties is based on after the campaign.

Yet another reminder that Labor can’t manage money. #auspol pic.twitter.com/fnQZue9A4h

The Liberal Party leapt on the revelations yesterday rushing out a new advertisement on social media to argue the revelations were “yet another reminder that Labor can’t manage your money.”