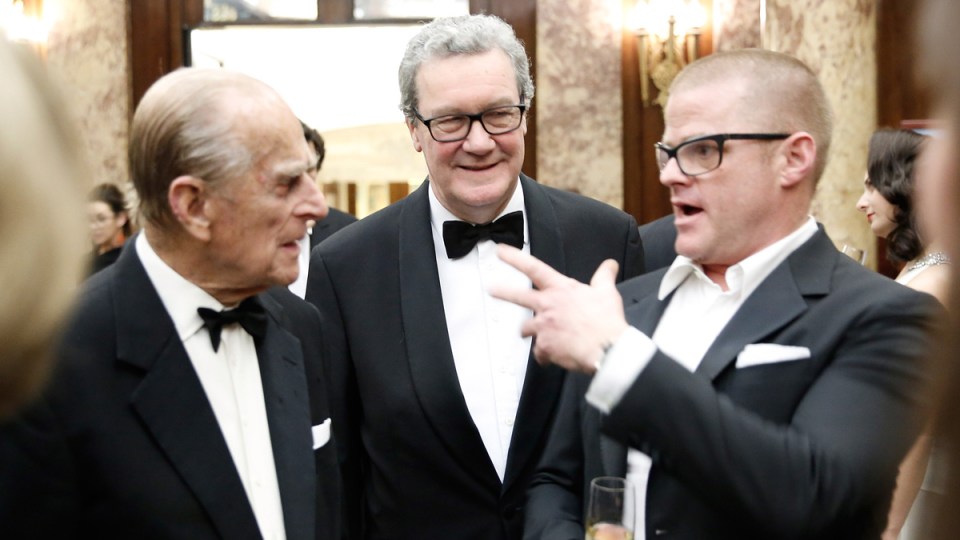 If Alexander Downer did make an unauthorised disclosure of his tip that the Russians had “dirt” on Hillary Clinton, it will no doubt fuel Republican conspiracy theories.

But it doesn’t change the fact that Australia was right to inform the Americans what we had heard about the possible interference with the US elections.

It also doesn’t change the fact that Donald Trump’s ongoing claims the Russian probe was a “hoax” are a fantasy.

What it does suggest, however, is there is something unusual about this entire James Bond episode starring Mr Downer and it’s not simply the US President picking up the phone to call Scott Morrison about it.

It might be worth retracing our steps for a moment because a new account raises some interesting questions over who Mr Downer told about the “dirt”, when he told them, why he told them, and whether he followed the usual protocol.

When the New York Times broke the story in December 2017, it said the disclosure that sparked the Mueller investigation into Russian interference occurred at a London bar in May 2016.

It involved Australia’s former foreign minister Alexander Downer, who was the country’s top diplomat in the UK.

The article, titled How the Russia Inquiry Began: A Campaign Aide, Drinks and Talk of Political Dirt states that in March 2016, a 28-year-old energy consultant with hardly any political or foreign affairs experience joins the Trump campaign as an adviser.

His name was George Papadopoulos.

That month, Mr Papadopoulos travels to Italy where he meets Joseph Mifsud, a Maltese professor with Russian connections.

The pair discuss the idea of arranging a meeting between Mr Trump and Russian President Vladimir Putin.

In April, Mr Misfud tells Mr Papadopoulos he had just learned from high-level Russian officials in Moscow that the Russians had “dirt” on Mrs Clinton in the form of “thousands of emails”.

Three weeks later, in London, Mr Papadopoulos meets Mr Downer for a gin and tonic at the wine bar.

“Exactly how much Mr Papadopoulos said that night at the Kensington Wine Rooms with the Australian, Alexander Downer, is unclear,” the NYT reported.

“But two months later, when leaked Democratic emails began appearing online, Australian officials passed the information about Mr Papadopoulos to their American counterparts, according to four current and former American and foreign officials with direct knowledge of the Australians’ role.”

According to the Wall Street Journal, that’s the moment we need to back up the truck, because there is some evidence the US may have learned of the “dirt” directly from Mr Downer.

In May 2018, the WSJ reported that “to hear the Federal Bureau of Investigation tell it, its decision to launch a counterintelligence probe into a major-party presidential campaign comes down to a foreign tip about a 28-year-old fourth-tier Trump adviser, George Papadopoulos.”

The WSJ column also notes that in an interview with The Australian, Mr Downer said he reported it to Australia in a diplomatic cable, “the following day or a day or two after,” as it “seemed quite interesting”.

The same article states that “after a period of time, Australia’s ambassador to the US, Joe Hockey, passed the information on to Washington”.

According to the WSJ’s columnist Kimberley Strassell however, that is incorrect.

“My reporting indicates otherwise,” she wrote in 2018.

“A diplomatic source tells me Mr Hockey neither transmitted any information to the FBI nor was approached by the US about the tip. Rather, it was Mr Downer who at some point decided to convey his information – to the US Embassy in London.

“That matters because it is not how things are normally done. The US is part of Five Eyes, an intelligence network that includes the UK, Canada, Australia and New Zealand. The Five Eyes agreement provides that any intelligence goes through the intelligence system of the country that gathered it. This helps guarantee information is securely handled, subjected to quality control, and not made prey to political manipulation. Mr Downer’s job was to report his meeting back to Canberra and leave it to Australian intelligence.

So, the question that Mr Downer needs to answer is did he open up direct discussions with the Americans and if so why? Did he seek permission from the Turnbull government to do so?

The book, The Apprentice: Trump, Russia and the Subversion of American Democracy, states Mr Downer initially thought the disclosure of a Russian dirt file on Hillary Clinton was not a big deal and buried it in a three-page diplomatic cable that he sent to Australia within 48 hours of the meeting.

The memo was shared with Australia’s spy agency ASIO, but at the time it was not passed on to the US because it sounded, frankly, like baloney.

However, two months later when WikiLeaks released hundreds of emails from Ms Clinton’s account, Mr Downer realised “with a shudder” that Mr Papadopoulos’s gossip may have greater significance.

“I think we better make sure the Americans are aware of this,” Mr Downer said, according to the book.

The book claims that in that meeting with the US embassy, Mr Downer disclosed a line from his classified diplomatic cable to Ms Dibble.

That’s interesting, because this week, Prime Minister Scott Morrison said it would be highly “unusual” for Australia to hand over the diplomatic cable in response to any request from the United States. The remarks strongly implied Australia would not handover the cable.

But did Mr Downer hand it over three years ago?

Mr Morrison was not asked that question. Perhaps he should be.

There were also signs on Thursday night that the Morrison Government is starting to push back against wild claims from Trump’s closest advisers that Mr Downer is some sort of spy for the Clinton family, a fanciful claim given he is a Liberal Party conservative.

Australia is now at the centre of the political controversy central to Mr Trump’s re-election hopes and his attempts to discredit claims of Russian interference.

But, given we helped spark the probe over gin and tonics in a London wine bar, that was always going to be tricky to avoid.