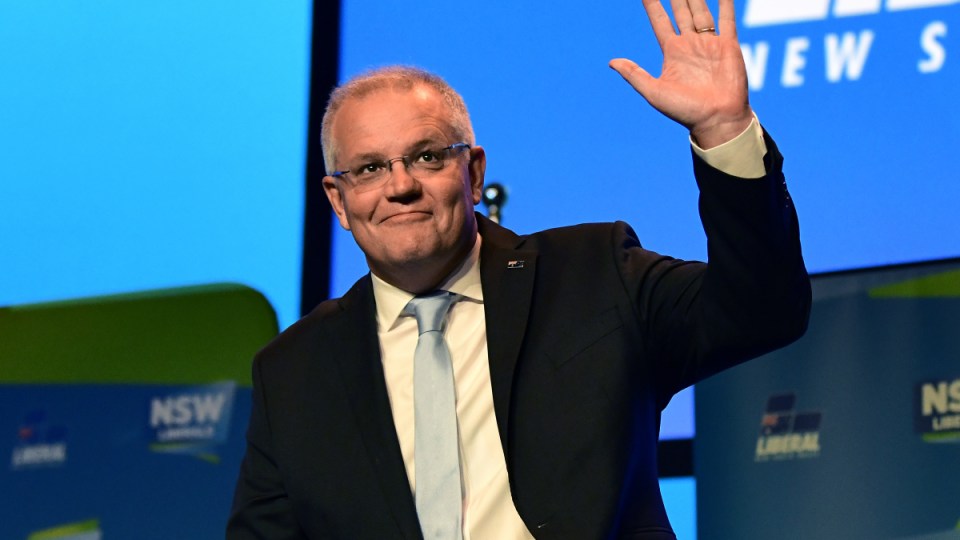 Here’s a pet theory on why the Morrison government is keen to explore the idea of voluntary super, and it’s all about offering workers a fistful of dollars at the next election.

Despite opposition from the architect of the modern superannuation scheme Bill Kelty, consider for a moment the Prime Minister’s timeline for income tax cuts.

The Labor Party accused the Morrison government of offering tax cuts on the never-never at the last election because the second and third stages don’t kick in until 2022 and 2024 respectively.

That means when voters go to the polls for the 2022 election they still won’t have seen much tax relief from the second stage of the tax cuts because they don’t apply until July of that year.

Right now, only the first stage of that cut has come into effect, delivering tax relief for workers earning under $120,000.

The 2022 election will be a referendum on the final stages of those tax cuts, however, not least because the Labor Party will need to declare its hand on whether it plans to repeal massive tax cuts for the wealthy that flow from 2024.

The idea is 94 per cent of workers will have a 30 per cent tax rate.

Sounds great in theory, particularly for a high-income earner on $180,000, who will will secure a whopping $8640-a-year tax cut.

The logical argument for the Labor Party to run is that it will repeal some of those tax cuts, or at the very least offer a more generous tax cut to low-income earners who may feel mightily ripped off when they see how large the tax cuts are for the wealthy.

But what if there was a way that Mr Morrison could dramatically outbid whatever the Labor Party could offer these low-income workers through tax cuts?

When the idea was floated to Mr Morrison in the lead up to the 2016 budget, the idea was pushed as a way to deliver low-income workers a pay rise of up to $63 a week.

The genius of the plan is that this doesn’t cost the government a cent because they are just letting low-income workers take their own money as cash rather than super.

In fact, the government stands to make money, because wages are taxed at a higher rate than superannuation.

The proposal would actually increase tax revenues in the short term, whatever extra cost it adds to the pension bill for future generations.

Of course, given the Liberal Party’s historical opposition to compulsory super, it would fit neatly with riling the unions too.

Mr Morrison could sing the freedom-of-choice song because the option of taking your super now would be voluntary, not compulsory.

The PM could also accuse critics of being patronising by adopting a we-know-best approach to workers’ money if they refuse to give them the option.

Employers would still be required to pay a 9.5 per cent super guarantee but some workers could take it – or a proportion of it – as a pay rise rather than compulsory savings.

For a part-time worker earning $35,000 a year, opting out of super would deliver for arguments sake a $63-a-week increase to their pay – or a $3324 annual bonus before tax.

Naturally, super funds say voluntary super is a bad idea because what happens when those low-income workers retire with no super?

Super funds maintain workers have to put as much away as possible to get the advantages of compound interest.

Critics say many of these workers will end up on the pension anyway so why force them to put money in super now, when taking it as cash would help with day-to-day living expenses?

But let’s put the policy merits to one side however and look at the raw politics.

If the Liberal Party embraces this option it can go to the next election promising low-income workers a pay rise – if they choose – of up to $60 a week.

The Labor Party simply cannot match that in terms of a tax cut.

So the ALP may have to make some tough decisions about whether or not this idea does have some merit and if not, how to argue against it.

A super idea from Morrison, but is it any good?