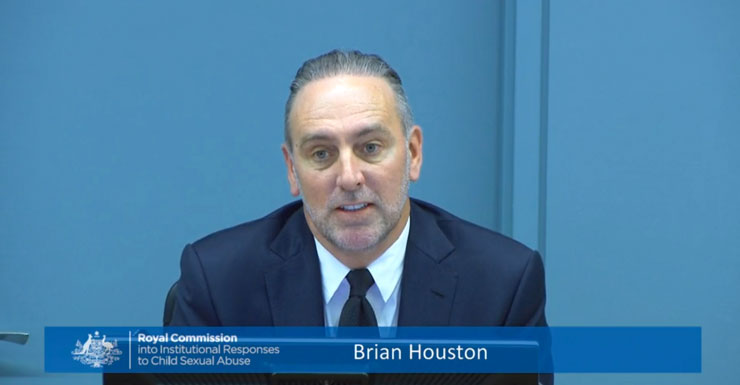 Hillsong has defended its high-profile founder from perceived attacks on his character by Australian media outlets.

Brian Houston, who founded the Hillsong empire with his wife Bobbie in 1983, made headlines this week when it was reported by The Wall Street Journal that Prime Minister Scott Morrison had attempted to get him an invite to a prestigious state dinner with US President Donald Trump.

It was reported the White House vetoed the Prime Minister’s request.

Mr Houston remains the subject of an investigation over his handling of the sex crimes committed by his father, Frank Houston.

Through a strongly worded statement circulated to media outlets, including The New Daily, on Thursday afternoon, Hillsong said it was investigating several unnamed articles for defamation – as well as social media users.

“Much of this commentary is factually incorrect and highly defamatory, and we call on the media and others to immediately stop making these spurious claims,” the statement read.

“We have directed our lawyers to review several articles that have published untrue and defamatory claims that smear Pastor Brian’s reputation as a Christian leader.

“Furthermore, we remind those who seek to spread rumours and baseless information via social media that these comments may also be subject to a defamation action.”

Mr Houston’s father, Frank Houston, abused as many as nine boys across New Zealand and Australia, including Brett Sengstock who testified before the royal commission into child sexual abuse in 2014.

Mr Sengstock, told The New Daily, the abuse he suffered for years at the hands of Frank Houston, had destroyed his life.

“Frank would have done me a favour [by] killing me at the age of seven. It’s been a train wreck ever since,” he said.

Mr Sengstock told the royal commission that over the phone, Mr Houston allegedly told him: “You know, it’s your fault all this happened. You tempted my father”.

In Thursday’s statement released to media outlets, Hillsong claimed that Mr Houston never “placed blame on any victim” and stressed that the royal commission did not “directly involve Hillsong.”

“It is an indisputable fact that Pastor Brian is not a perpetrator of abuse, has never been accused of abuse, and took immediate action to expose and stop a child abuser,” it read.

“At no stage did the Royal Commission ever imply that Pastor Brian was involved in any sort of ‘cover-up’. Reporting around this is wrong.”

The 2015 royal commission found Brian Houston had failed to immediately report his father’s abuse to police.

“We are satisfied that, in 1999 and 2000, Pastor Brian Houston and the national executive of the Assemblies of God in Australia did not refer the allegations of child sexual abuse against Mr Frank Houston to the police,” the commissioners wrote in their report.

“We consider that a conflict of interest first arose when Pastor Brian Houston decided to respond to the allegations by confronting his father while simultaneously maintaining his roles as national president (of the Assemblies of God in Australia) and senior pastor,” they said.