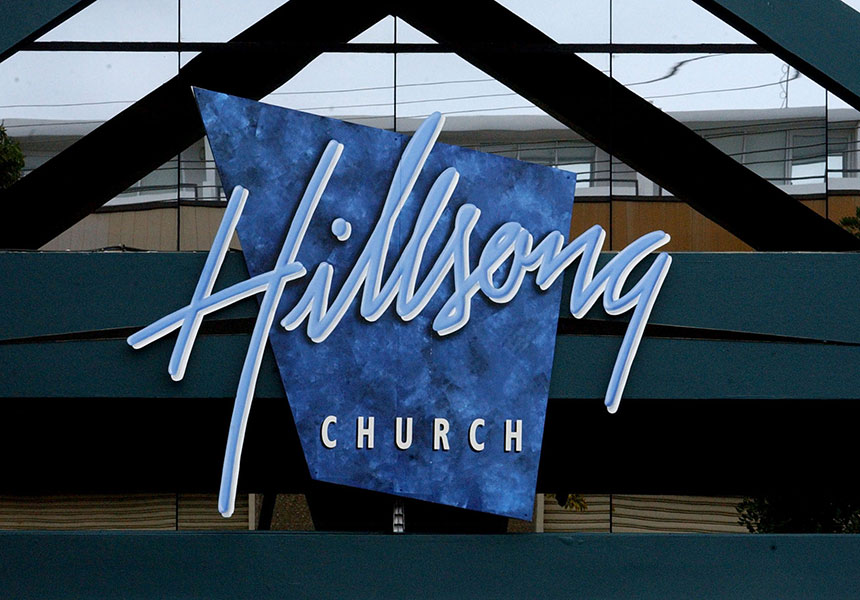 Pastor Houston is a founder of the Hillsong Church. Photo: AAP

A victim of child sex abuse insists the head of the Hillsong Church Brian Houston accused him of tempting his father Frank Houston into abusing him.

A witness known as AHA told the sex abuse royal commission that Frank Houston sexually molested him between the ages of seven and 10 in the 1960s and 1970s.

Frank Houston, who died in 2004, was a well-known Pentecostal preacher from New Zealand who set up in Australia and established a Christian Life Centre in Sydney in 1977.

• No new tax to pay for Iraq, says Abbott
• Interest rates on hold for now
• Government backs down on dole change

It later merged with a centre run by his son, Brian Houston, to become the popular mega-church Hillsong in 1999.

Frank Houston abused AHA when he was on visits to Australia and stayed with AHA’s family who were devoted evangelists, the commission heard on Tuesday.

Allegations against him emerged in 1999 and he admitted to Brian he abused AHA and a child in New Zealand when he was running a church there.

Under persistent cross-examination by Hillsong lawyer Mark Higgins, AHA insisted his memory of a telephone conversation with Brian Houston, was that the pastor blamed him for causing trouble and said he “tempted” his father.

AHA said the conversation with Brian Houston came after AHA rang him following an offer by Frank Houston to pay him $10,000 in compensation at a 2000 meeting in a McDonald’s restaurant in Thornleigh.

Another man at the meeting asked AHA to sign a “food-stained napkin”.

AHA said Frank Houston said “I want your forgiveness for this. I don’t want to die and have to face God with this on my head”.

Two months after the McDonald’s meeting he rang Brian Houston and asked: “What is happening with the money I was promised? I agreed to forgive your father.”

AHA said Brian Houston said “Yes, okay, I’ll get the money for you. There’s no problem. You know it’s your fault all of this happened. You tempted my father.”

AHA said he replied “Why, did he molest you also?”

He said Brian became very angry after that.

“He slammed the phone down with words to the effect ‘You’ll be getting money’.”

In a statement issued outside the commission Brian Houston said he disagreed with AHA’s “perception of the phone call with me and I strongly refute that I – at any time – accused him of tempting my father.”

AHA said he was not certain about the dates and the only thing he could remember from the conversation was what he had said in his statement.

He agreed there could have been more to the conversation but he could not remember.

AHA also said he wanted the matter kept private and did not want to be “dragged through the gutter”.

When asked what he meant, he said “the church, the gossip, the innuendo. Brian’s remark that basically it was my fault that I tempted his father”.

AHA finished his evidence on Tuesday.

Brian Houston will give evidence on Wednesday.