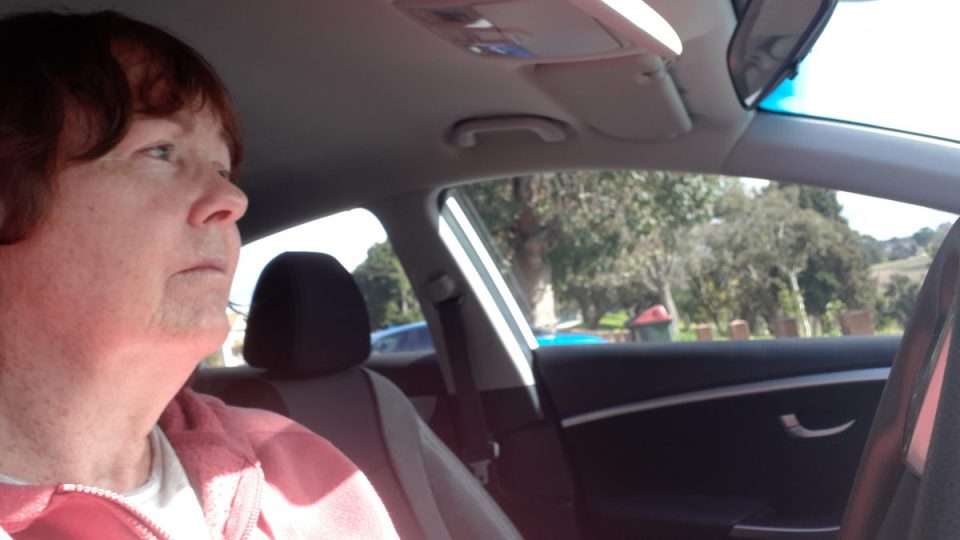 Karryn Smith has been living in her car for more than two years. Photo: Karryn Smith

Newstart recipient Karryn Smith, 58, considers herself “one of the lucky ones”, yet the former school teacher is living out of her car.

Every night, Ms Smith searches for somewhere safe to park, and with any luck, will find a spot near a public toilet that keeps its doors unlocked overnight.

Public showers are a “rare” find, so she’ll sometimes go without.

Finding a comfortable hotel, let alone a permanent rental, has been impossible on just $20 a day.

“At the moment, I don’t see a future. You hear of people they find dead and with nobody there, I sort of think, is that how I’m going to end up?” Ms Smith said.

“There’s nothing that you can look forward to, being in my situation. You just sort of exist I guess.”

Ms Smith shared her tragic story with The New Daily, as pressure continued to mount on the Morrison government to lift the dole payment by $75 a week amid evidence Newstart recipients are struggling to survive.

Over-55s are the largest single group of Australians on Newstart, with 173,196 people relying on just $39 a day, recent data has shown.

That leaves her with just $21.30 a day for food and other expenses.

Some days she’ll have nothing more than a banana and veggie pie with some milk. Other times, she’ll buy a packet of muesli bars to last her a few days.

“I can’t afford to rent and eat on Newstart. So the only way to live within my means has been living out of a car,” she told The New Daily.

The single parent from South Australia had been living with her son but after he moved overseas for a job, Ms Smith could no longer afford the rent.

She spent her life savings on sharing with different flatmates but that money eventually depleted.

Ms Smith said surviving on the Newstart allowance meant she had to forgo housing.

“I’ve been trying to get myself some shelter by doing house sittings,” she said.

After more than two years of sleeping rough in her car, Ms Smith is accustomed to a persistent back ache and swelling in her legs, ankles and feet.

She’s on the public housing waiting list, but has been advised it will be “years” before she secures a property.

In the meantime, she has travelled to Victoria, where she has had more luck with house-sitting opportunities.

Suffering from distorted vision in one eye and chronic shoulder pain, Ms Smith said she has struggled to find a job.

“Even job providers have been at a loss to advise what jobs I would be able to manage [with my ailments],” she said.

“One job provider told me I needed to apply for a certain number of jobs even if I am unable to physically do the job. That’s no help to me.”

In the winter, Ms Smith struggles to stay warm so she piles on a lot of blankets to avoid shivering through the night.

Cooling off in the summer is a much trickier task.

Ms Smith keeps the windows down to prevent her car from overheating but wakes up covered in itchy insect bites.

But she remains grateful.

“I have a car that I can get shelter from, whereas a lot of people don’t even have that.”

‘I just exist’: Ex-teacher says Newstart has made her homeless