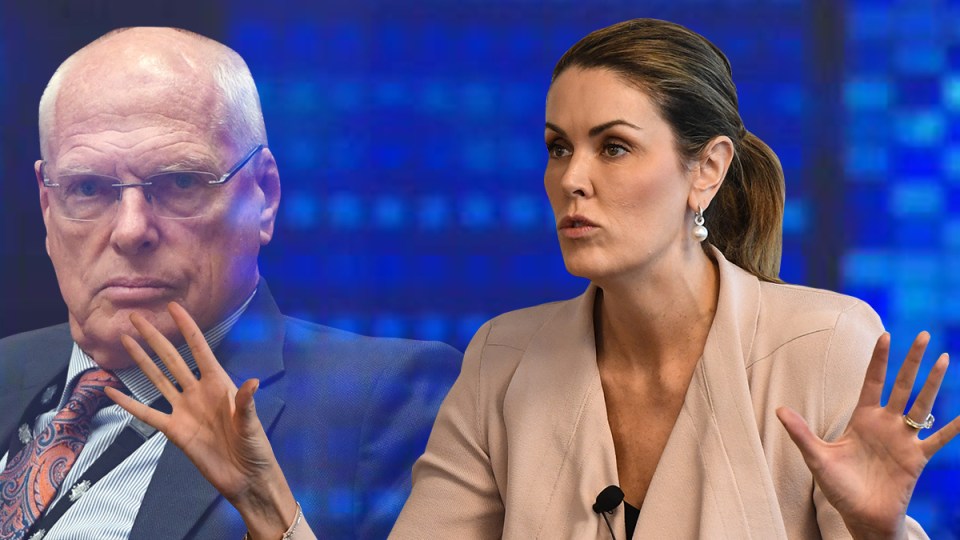 You’d be forgiven for thinking Prime Minister Scott Morrison should be feeling pretty secure as leader of the Liberal Party right now.

He almost single-handedly won the unwinnable election and has already managed to get his controversial personal income tax cuts through the Parliament.

“Fantastic. Great move. Well done Scott,” you can imagine the PM’s colleagues posting on their Facebook pages and in WhatsApp messages.

But no, arch-conservative MPs and commentators are far from satisfied. In fact, their demands (and veiled threats) have only just begun, now that they realise they’re in an even better position to extort than before the election.

Let’s start with the messy preselection drama that is soon to erupt in the NSW Liberals over who should step into the vacancy created by senator Arthur Sinodinos once he replaces Joe Hockey as the Australian Ambassador to the United States.

The ‘official’ spokesperson of the reactionaries, Sky News After Dark (SAD) host Peta Credlin, wasted no time describing the issue as a ‘test of leadership’ for Mr Morrison last weekend when she wrote that the PM needed to “deliver an outcome” that ensures former senator Jim Molan “takes the immediate vacancy”.

Mr Molan is a darling of SAD conservatives and a small band of fellow travellers in the Australian community, having been a major-general in the Australian Army, military attache in Jakarta, chief of operations of allied forces in Iraq, and reportedly “instrumental in developing the Coalition’s Operation Sovereign Borders”.

Regrettably, this glowing resume hasn’t done any favours for the military man in the NSW Liberals, which is the only state division where the moderates are still in charge of the party machine and preselections. It therefore came as no surprise to anyone but then-senator Molan when he was shunted to the unwinnable fourth spot on the Coalition’s NSW ticket for the May election.

Instead of making a dignified retreat after the loss, Mr Molan decided to flout his party’s rules and run a parallel campaign to get elected. He would have to convince hundreds of thousands of Liberal voters in NSW to ignore the party’s official how-to-vote card and instead vote directly for him ‘below the line’.

It would be an understatement to suggest the senator’s guerrilla tactics were unappreciated by his Liberal colleagues. There were even reports that Tony Abbott’s campaign suffered from the mixed messages caused by Mr Molan’s additional how-to-vote card. The NSW Nations were also unimpressed, given that Mr Molan was essentially campaigning against the third person on the Coalition ticket, who was the Nationals’ number one candidate.

As it was, the rebel received 137,000 votes ‘below the line’, although he needed about 670,000 to win a senate seat. Nevertheless, Ms Credlin claimed the PM should listen to these ‘‘quiet Australians” who “stood with Molan, just like they stood with him” and ensure the former senator bypasses the moderate-dominated preselection process that he is again destined to fail.

“Anything else,” threatened Ms Credlin, “would only reopen the wounds that May 18 has started to heal.”

In case you missed the inference, those wounds were the ones created when Malcolm Turnbull tore down Ms Credlin’s former boss Mr Abbott in 2015, not the ones inflicted when Mr Abbott’s reactionary crew pumped Peter Dutton’s ego to such an artificial high last year that he launched (and lost) a shambolic leadership challenge against PM Turnbull in August last year.

According to the post-mortem documentaries, essays and books that have flourished since the May federal election, none of the arch conservatives are particularly happy with the ‘miraculous’ ascendancy of Mr Morrison.

They still haven’t forgiven him for not doing enough to save Mr Abbott from Mr Turnbull in 2015. They’re also miffed that he emerged from the current coup with the golden prize but no visible blood on his hands.

What’s more, they’re probably also worried the PM is depicted in one of those books as a ‘social conservative with a social conscience’. That could mean trouble for the other demands the conservatives are determined to extract from Mr Morrison.

A quick perusal of the social media posts made by Sky News on any given day will give you a taste of that agenda.

In addition to the reinstatement of Mr Molan via a PM’s Captain’s Call, the delcons (or delusional conservatives, as they used to be called) want more coal-fired power, legalisation of nuclear power, no constitutional recognition of Indigenous Australians, a network of dams to divert water from north Queensland to inner NSW, denouncement of the climate change ‘religion’ and Australia’s exit from the Paris treaty on emissions reduction.

However, the arch conservatives should also be careful about what they wish for. After hounding the Prime Minister to strengthen religious freedoms, it recently occurred to some of those pushing for the change that any such protections would be extended to all religions, such as Islam, and not just the ‘peaceful Christian’ ones.

Others backtracking from the push include conservatives anxiously grappling with the unintended consequences of ‘stronger’ religious freedoms impinging on their other pet principle – freedom of speech.

Nevertheless, we should assume the delcons and their media spruikers will continue to warn the PM (who is probably illegitimate in their view) that any unwillingness to yield to their demands will unleash the chaos that beset the Turnbull years.

There will also be no self-reflection from the reactionaries that it’s solely within their power to prevent that chaos from happening.

Scott Morrison won the election. But the battle with his own party is only just starting