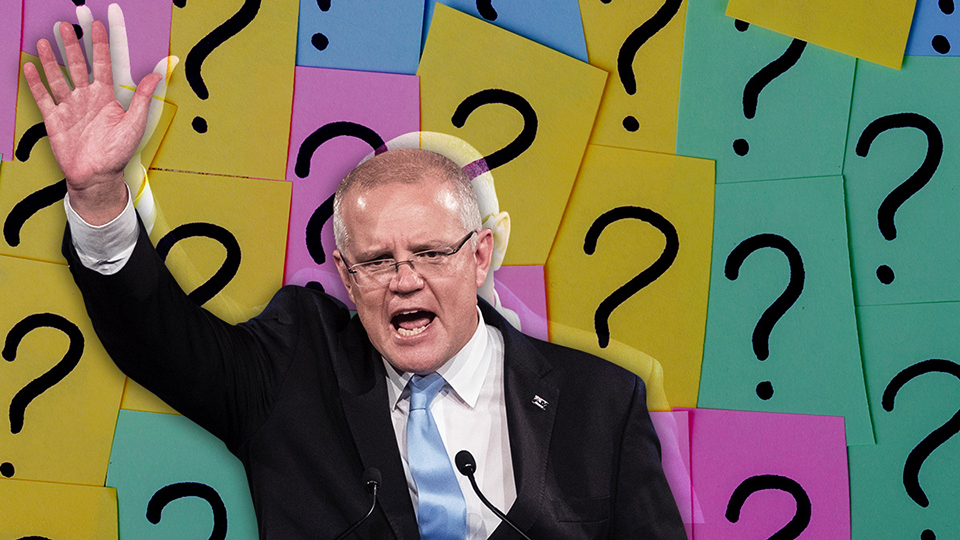 Scott Morrison has pulled off a remarkable election victory to remain prime minister. Looking back through the archives, it’s clear things have changed a lot since he first campaigned for a seat in parliament. For starters, he definitely wasn’t known as ScoMo back then.

Mr Morrison is a household name, but much about him may come as a surprise. Here, The New Daily takes a look at some interesting facts about Australia’s 30th Prime Minister.

1. He entered Federal Parliament at the election of 2007, when Kevin Rudd became prime minister. Soon after the Coalition victory of 2013 he became Minister for Immigration and Border Protection and implemented “Operation Sovereign Borders”, an initiative aimed at preventing people smuggling and asylum seeker deaths at sea.

2. The son of parents who worked and volunteered at a church youth group, Mr Morrison grew up in Bronte, a beach suburb in Sydney’s east. His father was a policeman and his mother worked in administrative positions. Mr Morrison’s father was involved in aged care and served as a local-government councillor for 16 years. The now-PM’s first political act came at the tender age of nine, handing out how-to-vote cards for his dad.

3. He met his wife, Jenny, at church, aged just 12. She had grown up in the St George area of South Sydney – solid battler territory – and would  tease Scott about coming from the “posh side of town”.

4. Mr Morrison and wife Jenny spent 14 years trying for their first child. In a video released during the 2019 election campaign, the couple explained their difficulties prior to Jenny’s endometriosis diagnosis, before their surprising pregnancy. Australia’s first family now have two children – Abbey, 11, and Lily, 9.

5. The day after Kevin Rudd’s national apology to Indigenous Australians, Mr Morrison said in Parliament that he felt “proud”. “There is no doubt that our Indigenous population has been devastated by the inevitable clash of cultures that came with the arrival of the modern world in 1770 at Kurnell in my electorate,” he said.

6. Mr Morrison attended Sydney Boys’ High School through to Year 12. In March 2015, approximately 300 of the school’s alumni signed a letter protesting Mr Morrison’s attendance at a fundraising event. The letter accused Mr Morrison of having “so flagrantly disregarded human rights”.

7. He initially lost pre-selection when vying to become the Liberal candidate for Cook in 2007 receiving just 8 votes while Michael Towke, a telecommunications engineer and the candidate of the Liberals’ right faction, won 82. However, allegations emerged that Mr Towke had engaged in branch stacking and embellished his resumé. The Liberal Party’s state executive disendorsed him, and Mr Morrison won the pre-selection. Later, the allegations against Mr Towke were disproved and he successfully sued Sydney’s Daily Telegraph.

Commenting on Jane Prentice's ousting, Scott Morrison rejects questions from media that there was any interference in his own preselection for Cook back in the day. #qldpol #auspol pic.twitter.com/6fDukdt5Mq

8. Veteran Canberra journalist Laurie Oakes once said the government “should avoid the goading and arrogance of Scott Morrison, where he just pours mullock on journalists”. Mr Oakes added his attitude towards journalists was disgusting. “When people like Scott Morrison give us the finger when we ask tough questions, we’ve got to shine a light on that and expose it because it’s not acceptable.”

9. When 48 people died in the Christmas Island disaster of 2010, Mr Morrison objected to the Gillard Government offering to pay for families’ fares to the funerals in Sydney.

10. In his maiden speech, Mr Morrison paid tribute to British anti-slavery figure William Wilberforce, and also to Desmond Tutu and U2 singer Bono for their humanitarian attitudes to suffering in Africa. Also from his maiden speech: “So what values do I derive from my faith? My answer comes from Jeremiah, chapter 9:24: ‘I am the Lord who exercises loving-kindness, justice and righteousness on earth; for I delight in these things, declares the Lord’.”

11. Scott Morrison’s brother-in-law Garry Warren is battling a highly aggressive form of multiple sclerosis. Then the Treasurer, Mr Morrison revealed his relative’s struggles in a post-budget address to the National Press Club in 2017. “It’s not flash being disabled,” Morrison said while paying tribute to Mr Warren, a former firefighter, while pitching a 0.5 per cent Medicare levy rise for a fully-funded NDIS.

12. Mr Morrison is guilty, like many, of the odd social media faux pas. First, the prime minister’s Twitter account distributed footage from Question Time with a hip-hop song that contained sexually explicit lyrics as its backing track. Then, there was this horrifying Photoshop job that gifted the prime minister two left feet. Literally.

13. Mr Morrison is an evangelical Christian who worships at a Hillsong-style Pentecostal church in Sydney. One mentor is the founder of Hillsong, Harley Davidson-riding pastor Brian Houston. In Who’s Who Mr Morrison mentions the church as his number-one hobby. For the first time, he invited media to see him worshipping at his church, on Easter in the lead up to the 2019 election.

14. When he was the managing director of Tourism Australia, he signed off on the infamous “Where The Bloody Hell Are You?” campaign that featured model Lara Bingle. The campaign courted controversy but Mr Morrison maintains it brought billions of dollars to the economy.

15. Peter Hartcher of the Sydney Morning Herald suggested that Mr Morrison was “the greatest grub in the federal parliament” for stoking xenophobic and racist fears for political advantage. Pauline Hanson said she would prefer him as prime minister to Tony Abbott.

16. The BBC’s Nick Bryant ungenerously wrote: “My hunch is that Scott Morrison doesn’t spend much time agonising over the contradictions that have marked his career, or fretting about the veering course of a political journey that has taken him from the moderate wing of the party, to the right. The main point for him is that his career has been heading in an ever-upward trajectory.”

17. Since acquiring his Bachelor of Science (Hons) at Sydney University, Morrison has worked at the following:

18. Scott Morrison was born in 1968, the year The Beatles released the “White Album”, and the year that Kylie Minogue, James Bond actor Daniel Craig, singer Celine Dion and Australian actor Hugh Jackman were born. It was also the year in which both Martin Luther King and Robert F. Kennedy were assassinated.

19. Mr Morrison was one of a handful of government MPs who abstained from the historic House of Representatives vote that granted passage for same-sex marriage. He actively lobbied against marriage law reform in 2017, and once equated the experience of LGBTI+ Australians to the “hate speech and bigotry” opponents faced. The PM claims he now “supports the law of the country”.

20. ‘ScoMo’ has become modern Australian vernacular, much to the chagrin of some. But where did the PM’s nickname, which signalled his public image reinvention, come from? It’s up for debate. Journalists lay claim to utilising the moniker as early as 2013. But the team at The Weekly did its best job of figuring out its origins…