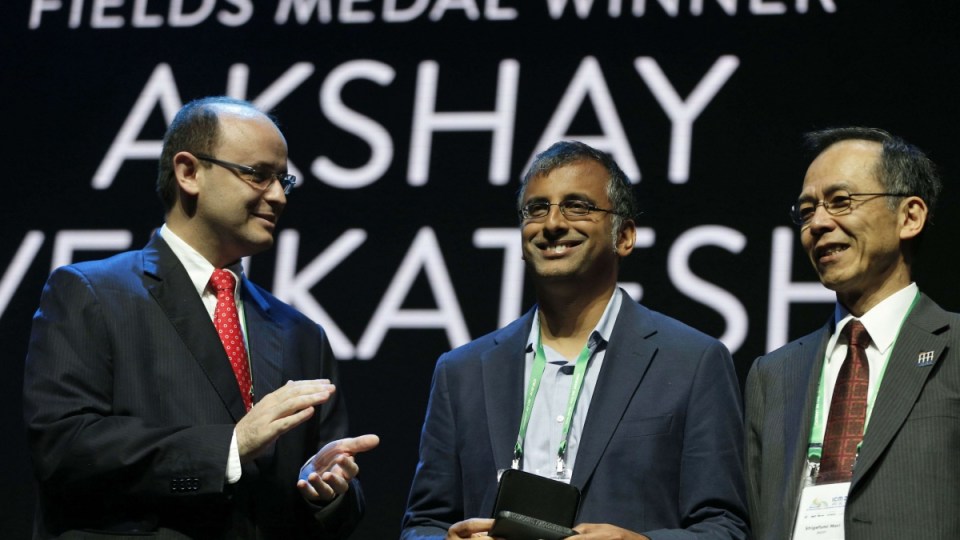 When Akshay Venkatesh was 13 years old and had completed his high school studies, he told the ABC he was aiming to “maybe become a mathematician”.

Well, that came true – and then some.

Professor Venkatesh, who graduated from the University of Western Australia aged 16 with honours in pure mathematics, has achieved his subject’s highest honour.

He has been awarded the Fields Medal, known as the “Nobel Prize for mathematics” – awarded once every four years to between two and four people under the age of 40.

It is an amazing achievement for the 36-year-old, who was described as a “prodigy” and a “genius” during his teenage years in Perth.

But for his mum, who is immensely proud of him, she just wants him to be happy.

“That is all I hope for him, that he is happy and he loves what he does,” said Svetha Venkatesh, who is herself a professor of computer science at Deakin University, and a leader in the field of machine learning.

Professor Venkatesh, who teaches at Stanford University in the US, is being honoured for work that combines insights from several different fields of mathematics.

His former classmate, and now professor of mathematics at the University of WA, Michael Giudici said explaining his work to the general public was hard.

One of Professor Venkatesh’s most famous pieces of work is solving what’s called the “subconvexity problem”.

To do that, he developed new techniques and borrowed from other areas of mathematics, Professor Giudici said.

‘It was clear that Akshay was amazingly talented’

He recalled that despite Professor Venkatesh being so much younger than the rest of the group at university, he was incredibly well adjusted.

“I know in our fourth year, he was probably one of the main characters in the group – always discussing things other than mathematics,” he said.

“We spent a lot of time as honours students talking about cricket.”

His mum said that was something she was keen to foster.

“He was a normal, happy child growing up in a normal family,” she said. “He never did anything particularly special because he was good at maths. It was just one of those things.”

When he started university at the age of 13, one of his mentors was Professor Cheryl Praeger, a fellow of the Australian Academy of Science.

“At our first meeting I was speaking with Akshay’s mother Svetha while Akshay was sitting at a table in my office reading my blackboard, which contained fragments from a supervision of one of my PhD students, just completed,” Professor Praeger recalled.

“At Akshay’s request I explained what the problem was. He coped with quite a lot of detail and I found that he could easily grasp the essence of the research.

“It was clear from the start that Akshay was amazingly talented. He was interested and immediately engaged with all kinds of mathematical questions.

“I was sure that he would achieve a great deal mathematically, and I’m thrilled at his stunning success in being awarded a Fields Medal.”

‘Australian mathematics is on a real roll’

Professor Venkatesh is just the second Australian to receive the Fields Medal. Dr Terence Tao won the award in 2006.

“Australian mathematics is on a real roll here,” Spencer said.

“First mathematician Geordie Williamson from the University of Sydney was admitted to the Royal Society, making him the youngest member.

“Then Nalini Joshi, also from the University of Sydney was named vice-president of the International Mathematical Union.

In 2016, when Professor Venkatesh was awarded another prestigious prize, he said doing mathematics gave him a feeling of “transcendence”.

“You feel like you’ve been part of something really meaningful,” he said at the time.

Now a husband and father of two, he said children were a great way to force him to stop obsessing about mathematical problems.

Those children are the joy of his life, his mother said.

“He is a terrific father, a wonderful father. And yes, they are the joy of his life. They are the absolute joys of my life, too,” she added.