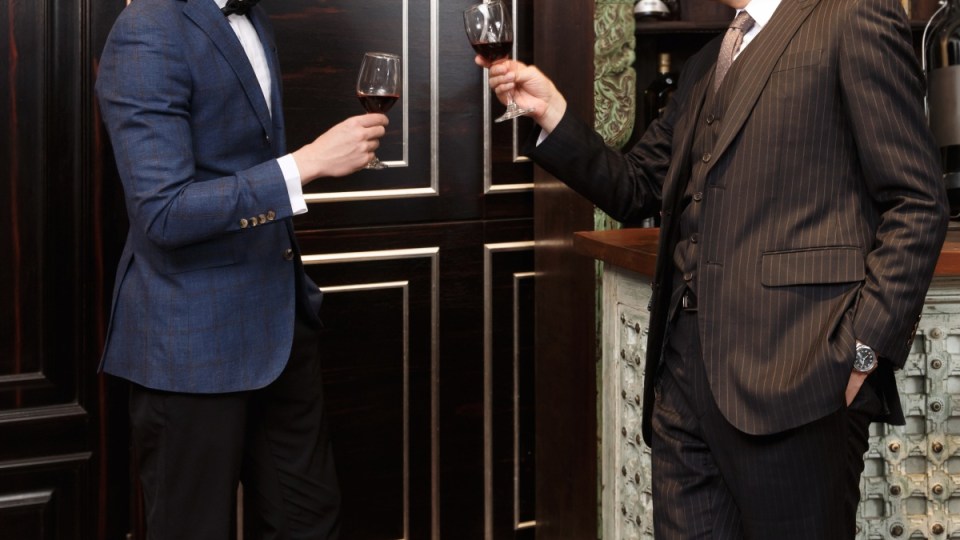 “We want people to understand we’re not a secret sect, just a bunch of gents that like to get together,” I’m told on the phone by an employee at Melbourne’s exclusive Athenaeum Club, where only men can be members.

The concept of gender-specific social gatherings is in the news after British charity the Presidents Club was enveloped in scandal when undercover reporters experienced alleged harassment and even assault as waitresses at its annual gala.

The Athenaeum’s staff member wouldn’t allow me to print her name or even her first name, due to the club’s policy (all she’d reveal is that she works directly for the club’s President).

She also refused to reveal the membership price or any prominent members, although we already know Malcolm Turnbull found time to dine at the invitation-only all-male club during the last election.

Tough criteria, I observe. “It’s ensuring we allow the appropriate type of gentleman into the club and they understand the environment they’re getting themselves into,” she said.

What exactly are they getting themselves into? If it’s anything like The Presidents Club, murky waters indeed.

‘Tall, thin and pretty’ female staff were hired to serve the men and instructed to wear black underwear to match short, black skirts.

They were groped and grabbed repeatedly (including Ms Marriage) and diners tried to lure them to their bedrooms. An auction item the men bid on was plastic surgery to “spice up your wife”.

Many of the charity recipients of the event returned their donations on hearing the reports.

The representative for the invite-only, gentlemen-only Athenaeum Club’s tells me it’s “one of the most inclusive clubs in Melbourne”, citing as evidence that “all except two” of their events allow women to attend (as guests of members, if they follow the strict no-denim guest code).

Those two exclusively male events are the AGM, where all the decisions are made, and The President’s Dinner.

In 2015, Women’s Agenda reported there are approximately 30 single-sex clubs in Australia. Most are men-only and “notoriously private”. Several have found themselves marred by controversy.

One example is Brisbane’s Tattersall Club – which declined to be interviewed – which hit the news in 2015 when the LNP selected the men-only club to host its International Women’s Day event.

Questions were asked in Parliament about George Brandis’ membership of The Savage Club in 2014. Labor suggested Mr Brandis’ responsibility for anti-discriminatory laws was a conflict of interest with being a member of a men-only club. Mr Brandis admitted membership but denied the inference.

The Savage Club’s website plays down what’s to be “found behind the clubhouse’s scarlet doors” but Labor senator Doug Cameron seemed to have an insight into the initiation ceremony Mr Brandis would’ve allegedly participated in: “Bizarre rituals that require members, when they are greeting a new member, or when a new member is being initiated, to make guttural noises and beat their chests.”

Every call I made to Australia’s four most prominent men-only clubs – The Savage Club, the Tattersall Club, The Athenaeum Club and The Australian Club – was answered by a woman. So although they cannot be members, women are permitted to work to serve the male members.

As for practices and procedures that protect women, The Athenaeum Club was definitive: “We’re an equal opportunity employer – all uniforms, and the environment staff operate in are non-gender specific.”

The Savage Club did not comment when asked about its treatment of women within the context of The Presidents Club fundraising dinner.

With the UK’s Families Minister being reprimanded by an “appalled” Theresa May for attending an all-male event where women were groped, Australians may well wonder what our men-only club devotee, Prime Minister Turnbull, is doing to ensure the protection of women behind those mysterious scarlet doors.

Inside the secretive world of Australia’s men-only clubs