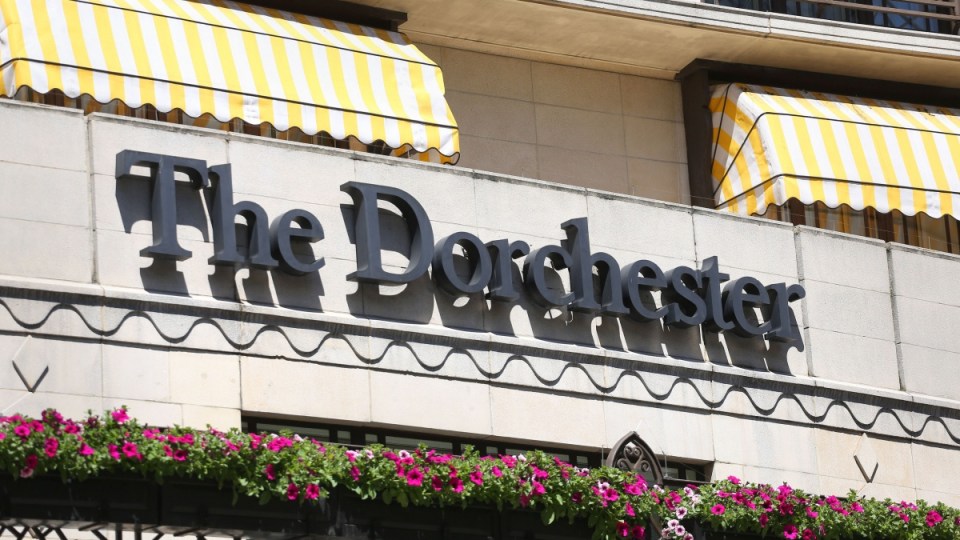 The loftily-named Presidents Club is shutting down and will hold no further fundraising events after the Financial Times reported female hostesses were groped and harassed at a men-only gala the British charity organised last week.

“The trustees have decided that the Presidents Club will not host any further fundraising events,” the organisation said in a statement on Wednesday (UK time.)

“Remaining funds will be distributed in an efficient manner to children’s charities and it will then be closed.”

The FT story by a reporter who went undercover at the London club’s gala last week described baying men in tuxedos fondling women, asking them to “rip off her knickers”, putting their hands up their skirts, pulling them into their laps, making lewd comments and offering to take them to hotel rooms.

Each year for 33 years, the Presidents Club Charitable Trust has held a fundraising dinner at the exclusive Dorchester Hotel to benefit “worthy” children’s causes.

The FT report said lots put up for auction at the gala, which was held at the prestigious Dorchester Hotel, included a night at a strip club and a course of plastic surgery, with the invitation: “Add spice to your wife”.

The Bank of England, which was dragged into the story because one of the prizes offered up for auction at the event was tea with Governor Mark Carney, said it had not approved the prize or had any contact with the organisers.

Also on offer for big donors was lunch with Boris Johnson, Britain’s Foreign Secretary. A spokesman for Prime Minister Theresa May said Mr Johnson had not known about the prize.

Hostesses at the controversial men-only dinner were considered “play things” for men to “gawp at” and touch, a waitress has said.

One of the 130 hostesses, who were required to wear skimpy black dresses with matching underwear and to sign non-disclosure agreements before entertaining the 360 male guests, said a diner had exposed his penis to her during the event.

The Presidents Club, which held a fundraising event where many hostesses were groped, sexually harassed and propositioned, is closing. This is the investigation that started it all. https://t.co/ZcIqRWtywe pic.twitter.com/QDJ4Uu8evM

The scandal has engulfed Mrs May’s government as its Children and Families Minister Nadhim Zahawi was at the gala which was billed as “the most un-PC event of the year”.

But Mr Zahawi has said he felt ‘extremely uncomfortable’ and left early, later tweeting: “I do unequivocally condemn this behaviour. The report is truly shocking. I will never attend a men only function ever.”

Meanwhile, Labour MP Jess Phillips told Parliament during a hastily convened debate about the issue: “Women were bought as bait for men, for rich men, not a mile from where we stand, as if that is acceptable behaviour. It is totally unacceptable,”

She was one of several visibly furious women politicians who lined up to denounce the event as despicable.

Two London children’s hospitals, Great Ormond Street and Evelina, said they would return donations received from the Presidents Club, while corporate sponsor WPP, the advertising group, said it was severing ties with the organisation.

The FT said the event, an annual fixture on the London social calendar for three decades, was attended by business executives, financiers, politicians and other powerful men.

FT reporter Madison Marriage went undercover at a charity event at the Dorchester Hotel in London. She was one of the 130 specially hired hostesses who were told to dress as they would to go to a 'smart sexy place'. Read her full investigation here: https://t.co/pCrMFst9ZL pic.twitter.com/nvWDvoKJC3

Luxury goods businessman David Meller, one of co-chairmen of the Presidents Club Charitable Trust, stepped down as a non-executive board member at the education ministry as the fallout from the FT report intensified.

Mrs May’s spokesman said she had been uncomfortable reading about the event, pointedly saying that as a woman she would not have been invited.

The Charity Commission, the not-for-profit sector regulator, said it would be urgently investigating the Presidents Club.