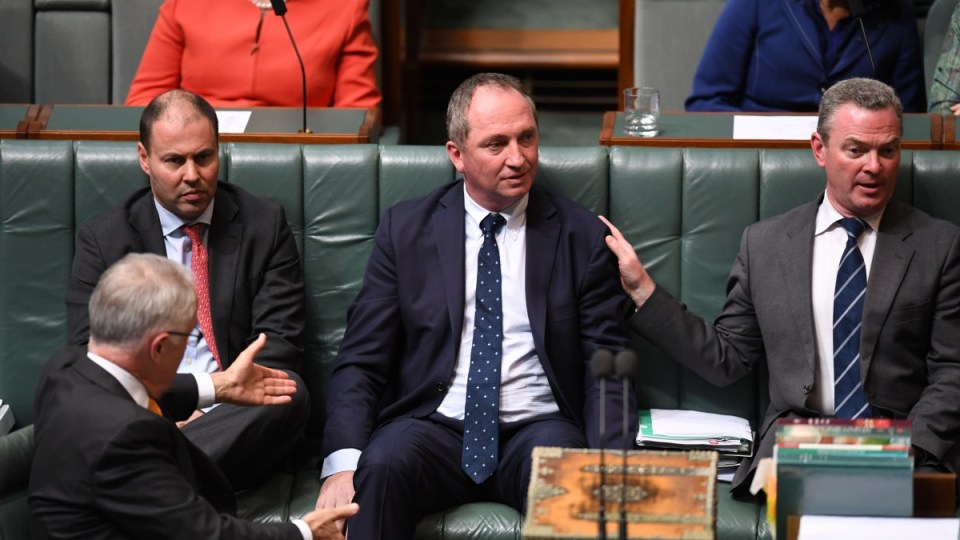 The constitutional crisis that has dogged federal parliament will cost taxpayers more than $11 million in legal costs, budget documents reveal.

The Turnbull government confirmed on Monday it would provide $11.6 million over the 2017-18 financial year “to meet Constitutional costs and liabilities” that arose from the “consideration of constitutional matters by the High Court”.

The figure was provided in the Mid-Year Economic and Fiscal Outlook (MYEFO), which forecast a smaller deficit of $23.6 billion compared with the previously forecast of $29.4 billion for the 2017-18 financial year.

Mr Morrison said plans were on track for the budget to return to surplus by mid-2021. The surplus is expected to be $3 billion larger at $10.2 billion.

As the citizenship crisis engulfed Parliament, government politicians Barnaby Joyce, Matt Canavan and Fiona Nash, as well as two Greens politicians, former One Nation senator Malcolm Roberts and Nick Xenophon were sent to the High Court over section 44 of the constitution.

While Solicitor-General Stephen Donaghue QC acted on behalf of the government, the Commonwealth was also expected to pick up the bill for individual legal representation for each of the politicians sent to the High Court.

Top lawyers are often paid tens of thousands of dollars per day.

Mr Joyce and Ms Nash were represented by Bret Walker SC, while the two Greens engaged the services of Brian Walters QC. Mr Roberts was represented by Robert Newlinds QC.

Attorney-General George Brandis argued in October that the costs of all parties should be covered by the taxpayer because solving the section 44 crisis was in the public interest.

He said “most people would accept that there is a very important public interest here in getting this section of the constitution right”.

Mr Joyce fought and won a byelection in his seat of New England while the saga cost Ms Nash her place in the Senate.

Senator Canavan was the first government politician to be caught up in the scandal, revealing in July he had asked to be referred to the High Court.

The court ruled on the ‘Citizenship Seven’ in late October.

The government also revealed on Monday it would seek to save $1.3 billion over four years by forcing newly arrived migrants to wait an extra year before they can access welfare.

The new measure, which must pass Parliament, would mean migrants would need to wait three years before they could access payments such as Newstart as well as Family Tax Benefit and Paid Parental Leave.

The government’s planned higher education reforms, which were rejected by the Senate, have also been tweaked.

Under the new legislation, university students would start paying back their student loans once they began earning $45,000, up from $42,000 under the previous plan, but $10,000 less than the current threshold of $55,000.

The budget position had improved by $9.3 billion over the four-year budget forecast period since May, largely driven by stronger-than-expected company tax collections and enforcement activity by the Australian Taxation Office.