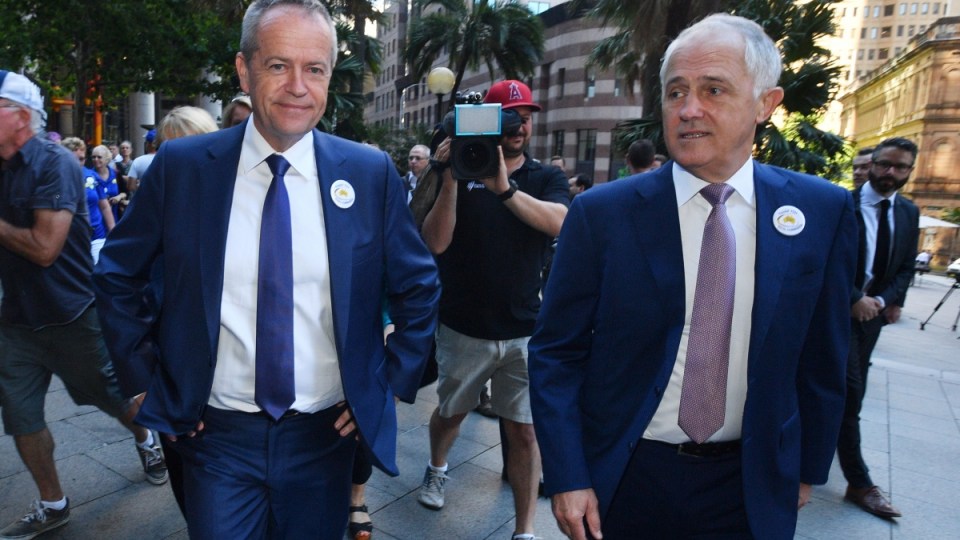 Malcolm Turnbull’s ‘annus horribilis’ is ending in much better shape than he almost certainly could have imagined a month ago.

Events conspired to deliver the Prime Minister outcomes that allow him to claim his luck is changing.

On Tuesday, he will unveil his ministerial reshuffle as the refreshed team to take the fight up to Labor and give the nation, as he is sure to say, “continuing good government”.

He clearly believes that the Liberal win in one of the party’s heartland seats at the weekend was an endorsement of just that, even though 6000 people thought otherwise and changed their votes since last year’s general election.

But there’s no doubt there’s nothing like a win, no matter the margin, to boost the morale of the troops. The Bennelong result came on top of Deputy Prime Minister Barnaby Joyce’s huge victory in New England, and the overwhelming marriage equality vote has also created a more positive vibe.

And then the Mid-Year Economic and Fiscal Outlook (MYEFO) produced the prospect of putting the budget back in the black in three years’ time, although the route to achieve it is by no means clear and contains some very big political pot holes.

Already, government insiders are getting very excited at the prospect of the citizenship imbroglio finally ensnaring Labor next year. Leader of the House Christopher Pyne intends to refer three more Labor MPs and one of Nick Xenophon’s team to the High Court now that he has his majority back.

The Liberals are determined to resist any attempts to send another three of theirs to the knackery that the High Court has become for politicians who didn’t pay enough attention to the rules.

A key takeout of the Bennelong result, as far as the government is concerned, is confirmation that Bill Shorten is a negative for Labor to be exploited.

Mr Turnbull, armed with his party’s poll tracking in the final week of the campaign putting his candidate John Alexander ahead, tried to turn the election into a referendum on the Labor leader.

“If John Alexander were to lose this seat, then Bill Shorten would be one step closer to being prime minister,” he thundered two days out.

This takes some chutzpah from a leader who shares almost equal billing for unpopularity in the latest Newspoll. The PM’s approval is 25 points in the negative, compared to the Opposition Leader’s 24. A statistical dead heat.

Tony Abbott proved an unpopular leader can win an election and right on cue the Turnbull government lost its 25th Newspoll in a row. The pollster was in the field at the same time as the good burghers of Bennelong were trudging off to vote.

And speaking of Mr Abbott, he told his favourite radio station 2GB he would certainly have something to say if his nemesis Mr Turnbull hits 30 consecutive bad Newspolls in a row.

That gives the PM three months to at least record a 50-50 in the poll before his internal critics are emboldened to start making his life miserable again.

There were some murmurings against Mr Shorten inside Labor when the 7 to 8 per cent swing hoped for against the government didn’t materialise in Bennelong.

But the Opposition Leader can hardly be blamed for the “stink bomb” that was the Sam Dastyari story proving a mighty mid-campaign disruption.

All of that will be incidental to how the government handles the pot holes of its own making in MYEFO. Targeting migrants, family payments, university students and pensioners will hardly make for an easy ride and could well seal its fate in what will be an election year.