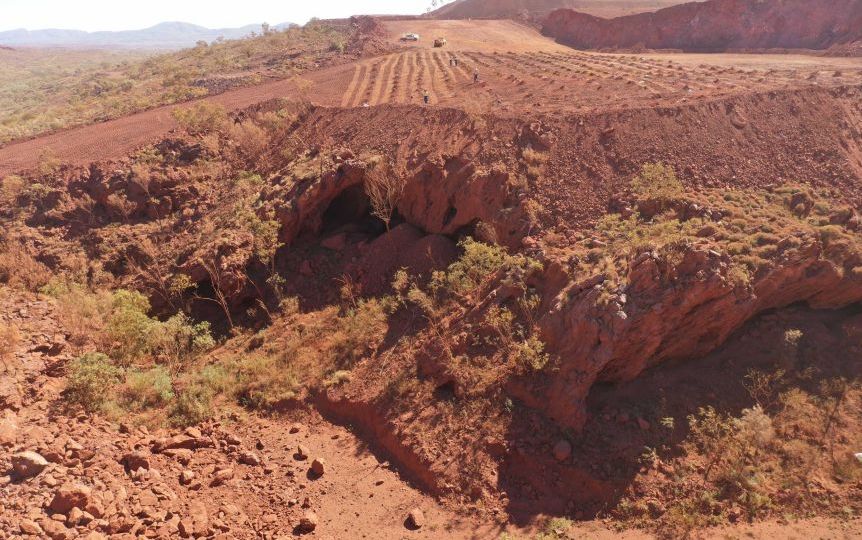 Federal MPs have called for Rio Tinto to face a judicial inquiry and potential criminal charges over its destruction of the ancient Juukan Gorge rock shelters.

The recommendation by Western Australian Senator Dean Smith and Nationals MP George Christensen is contained in the Northern Australia Committee’s final report into the Juukan incident.

Rio blew up the 46,000-year-old caves on Puutu Kunti Kurrama and Pinikura country in May 2020, devastating the traditional owners.

The mining giant had legal permission to destroy the caves under WA’s outdated Aboriginal Heritage Act. However, it has since conceded it breached the PKKP’s trust.

In a report highly critical of both Rio and the WA government, the joint committee has recommended wide-ranging heritage protection changes.

Federal laws should be urgently amended to hand responsibility for all Aboriginal and Torres Strait Islander cultural heritage matters to the minister for Indigenous Australians, rather than the environment minister.

Stronger overarching heritage legislation should be co-designed with Indigenous people, setting out minimum standards for all states and territories and potentially the right for traditional owners to veto the destruction of important sites.

It should be focused on protecting and celebrating heritage and should emphasise the principles of free, prior and informed consent.

MPs are “disappointed with the level of engagement” from the WA government, which is being urged to rewrite its new proposed Aboriginal heritage legislation.

“States have failed,” the committee said on Monday.

“Time and time again, states have prioritised development over the protection of cultural heritage – including through the enactment of site-specific development legislation intended to further dispossess Aboriginal and Torres Strait Islander peoples.”

Senator Smith and Mr Christensen rejected the need for stronger Commonwealth oversight, which they said could be used as “deliberate weapons against the resources sector”.

They instead suggested Rio Tinto should face further consequences for actions they labelled “disgraceful, negligent and wilful”.

“There should be a judicial inquiry into the destruction of the site, investigating if conduct preceding or following the event warrants further action – including criminal charges,” they said.

The inquiry’s final report comes after more than a year of hearings involving dozens of traditional owner groups and other stakeholders.

While Rio faced intense scrutiny, the inquiry also cast a forensic eye on the relationships between other mining companies and Indigenous groups, hearing recurring concerns about inequity and poor dealings between the two parties.

“The committee is dismayed to hear reports that some companies continue to endanger critical heritage sites,” the report said.

“It calls upon those in the industry who are improving their processes, to hold their peers to account for these inappropriate actions.”

Rio, which has since parted ways with its former chief executive and several other senior figures, has repeatedly apologised for the Juukan destruction.

Along with other Pilbara miners, it is modernising heritage agreements and has pledged to stop enforcing gag clauses which silence traditional owners.

The PKKP Aboriginal Corporation said a “great sense of sorrow and loss” remained for its people almost 18 months after the Juukan destruction.

“The response by Rio Tinto, other mining companies and government decision makers to the events at Juukan Gorge will be a test case for First Nations people throughout Australia and internationally,” it said.