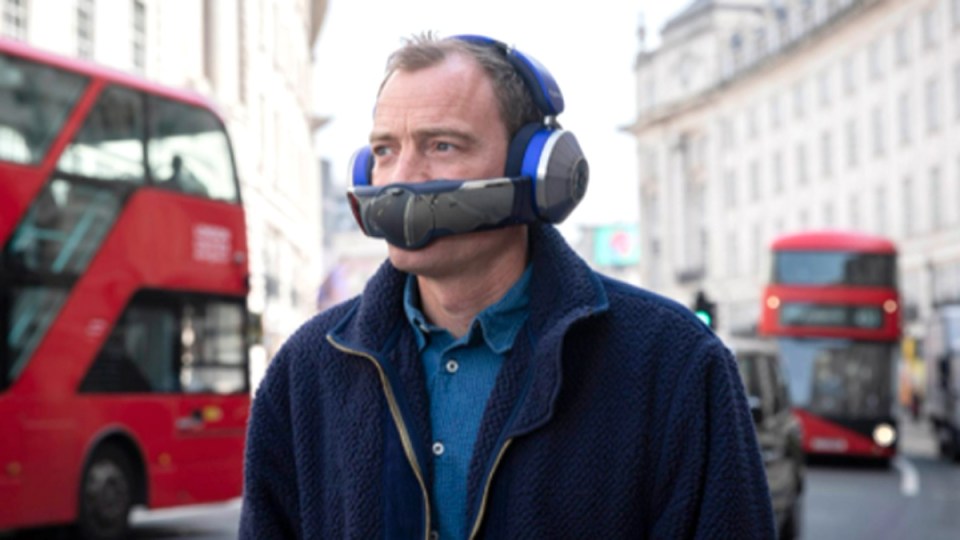 Dyson has been forced to confirm (at least twice) that it's new product is for real. Photo: Dyson

It’s the trickiest day of the year – April 1, or April Fool’s Day.

But in 2022, it’s a product that isn’t a prank that appears to have caused one of the biggest stirs.

British technology company Dyson has been roasted online this week for a product so weird it has had to deny more than once that it was an April Fool’s joke.

Dyson has become famous as a ground-breaker for its outside-the-box appliances – including bagless vacuum cleaners, nifty hand-dryers, the stylist’s best-friend hair-dryer and its radical circular fan.

But it appears to have taken a leap too far with its latest invention, which has been described in some quarters as the “worst tech product of 2022”.

Earlier this week, the company unveiled its Dyson Zone – a product that combines a noise-canceling headphone with a personal air filter.

The Zone is a set of noise-canceling, over-ear headphones that, according to the company, “simultaneously deliver immersive sound to the ears and purified airflow to the nose and mouth”, addressing the “urban issues of air quality and noise pollution”. It is Dyson’s first foray into the burgeoning wearable technology market.

“Air pollution is a global problem – it affects us everywhere we go. In our homes, at school, at work and as we travel, whether on foot, on a bike or by public or private transport,” Jake Dyson, chief engineer (and son of the company’s eponymous founder), said.

“The Dyson Zone purifies the air you breathe on the move. And unlike face masks, it delivers a plume of fresh air without touching your face, using high-performance filters and two miniaturised air pumps. After six years in development, we’re excited to deliver pure air and pure audio, anywhere.”

The Zone apparently pulls in air through each earpiece using a pair of tiny compressors. The air is filtered and piped through the “visor” for the user to breathe in – minus most particles and pollutants.

Nonetheless, it has attracted plenty of scorn online.

“This can’t be real,” was one common reaction.

“I still think it’s an April Fool’s joke. I just can’t picture anybody walking around in something like this,” wrote one Twitter user.

“If it was enclosed to act as a face mask while also being headphones, I might be slightly more persuaded. But even then…..hmmmmmm.”

“I know you sell vacuums but this idea (in an airborne droplet pandemic no less) really *really* sucks,” wrote another.

“Otherwise known as the Dyson SnotCannon™️. The least effective device for preventing to spread of disease since the Razer Zephyr,” tweeted another.

Razer’s cyberpunk-style Zephyr Pro air-purifier mask ran into trouble earlier this year after the company had to retract its statement that it used N95-grade air filters.

Dyson is standing by its Zone, which it said would launch in “select markets” later this year. There’s no word yet on pricing.