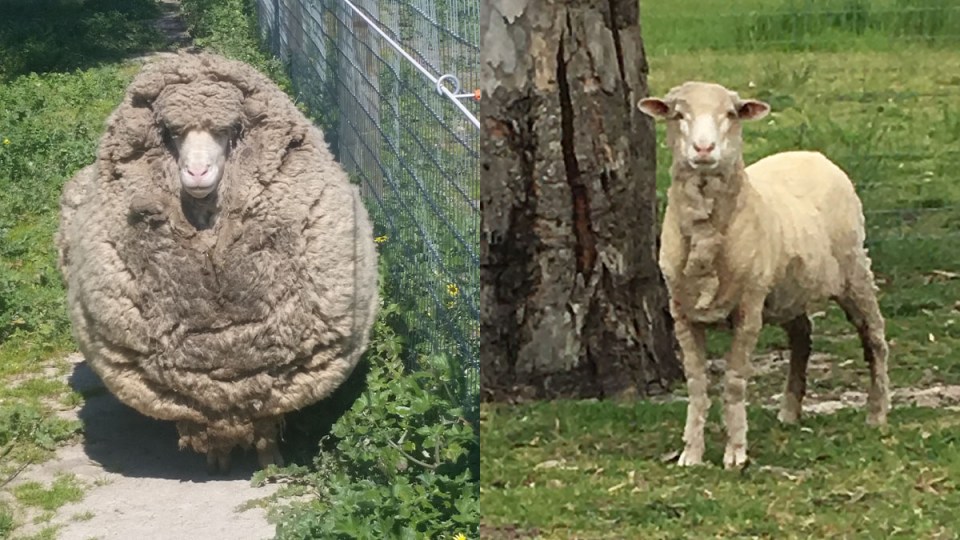 Gloria pictured before and after her rescue makeover. Photo: RSPCA

Gloria the sheep no doubt has a new lease on life after shedding more than 20 kilograms of extra weight before summer.

The unfortunate ewe was lugging approximately three years’ worth of wool, or 21.7 kilograms, when the RSPCA intervened.

Gloria was even heavier than Ewenice, whose 20-kilogram transformation was reported by The New Daily in 2020.

Abandoned and neglected, little Gloria was rescued from a property in Whiteheads Creek, about 90 kilometres north-east of Melbourne.

After being treated to some much-needed TLC, including the removal of her excess wool, she’s feeling happy and healthy.

Shorn, single and ready to mingle, Gloria is available for adoption at RSPCA Peninsula.

With too much wool on her back, Gloria was at risk of flystrike – a serious and potentially fatal infection – and other significant health complications.

Ms Green warned sheep owners to closely monitor their animals and “undertake appropriate husbandry for their care”, which includes shearing or crutching.

“It doesn’t matter if you depend on the sheep for income, are a hobby farmer or own one sheep to keep your lawns down, you have a responsibility to ensure their welfare is not compromised by overgrown fleece,” she said.

It is illegal, but unfortunately not uncommon, for a caretaker to allow their sheep to grow fleece more than 250mm long, the RSPCA said.

If you have concerns about an animal’s welfare, you can report it here.