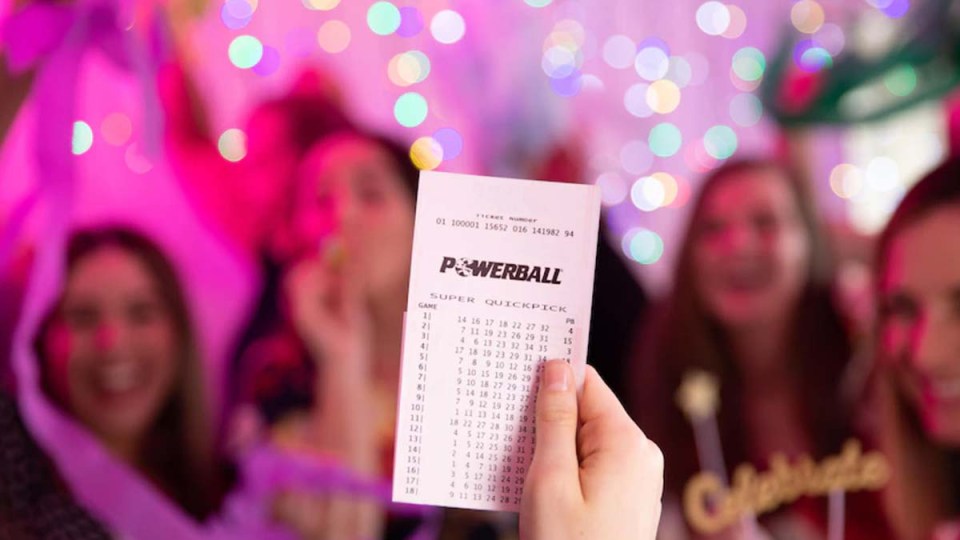 A 10-person syndicate in Townsville have won $60 million. Photo: The Lott

A 10-person syndicate from Townsville, north-eastern Queensland, have woken up millionaires after winning first division in a $60 million lotto draw.

One of the winners, a Townsville man, seemed a little annoyed to get a call in the middle of a football game, but forgave the intrusion.

“Holy sh-t!” the man exclaimed when he found out why his phone was ringing.

“Can I just write that down that amount?”

He told the official his good night’s sleep had been “ruined”, but said he could live with it.

“Put it this way, my children and grandchildren can live a very comfortable life now!”

Other residents have been urged to check their tickets, with spokesman Matt Hart from the Lott revealing some members of the syndicate were not registered and don’t know they’ve won.

“Some are yet to discover on this Friday that they are now $6 million richer,” Mr Hart said.

“The 10 members don’t know each other. They just popped in and grabbed this syndicate share.”

It was the only division one winner across the country in Powerball draw 1311.

Mr Hart said the registered players had been informed about their win on Thursday night.

The reactions were varied – from sheer disbelief to more than a few expletives.

One of the other syndicate members said her husband didn’t believe her when she broke the news to him.

“You have no idea! I’ve got kids, grandkids, a beautiful husband, and a mortgage.

“My husband’s looking at me shaking his head. He doesn’t believe me.

“My kids said to me today ‘if anyone’s going to win Powerball, it’s you!’.

“You just made me the happiest person in the world.”

Another of the North Queensland winners, who was at first surprised to get a call so late on a Thursday evening, plans to use his portion to fund an early retirement.

He laughed and swore when he heard the news.

“When I heard the phone ring, I wondered who was calling this late,” he said.

“This is just excellent! You’ve astounded me. I might go have a beer to celebrate!”

Meanwhile, a couple from Kirwin were a bit more low-key, asking if the Lott official was “fair dinkum” before saying they planned to have a scotch to digest the call.

“Honestly? Honestly? I think someone must be pulling my leg!” the husband said.

“I cannot believe this.

“I think I may have just retired.

“We don’t usually buy syndicate entries, I’m not quite sure why we decided to!

“You have just made our life. Thank you very much!”

Nextra newsagency owner Robert Amisano said he was thrilled the winning entry had been sold at his store and was pleased the prize would be shared.

Shop assistant Britney Brittain told the ABC she hadn’t met a winner yet, but entrants had been coming to check their tickets.

“They are all coming in anxiously to see if they are $6 million richer,” Ms Brittain said.

She said that after three days in COVID-19 lockdown the community was happy to get some positive news.

“It’s definitely the light at the end of the tunnel.”

Mr Hart has urged anyone who bought an entry from Nextra Willows News in the Willows shopping centre to check their tickets.