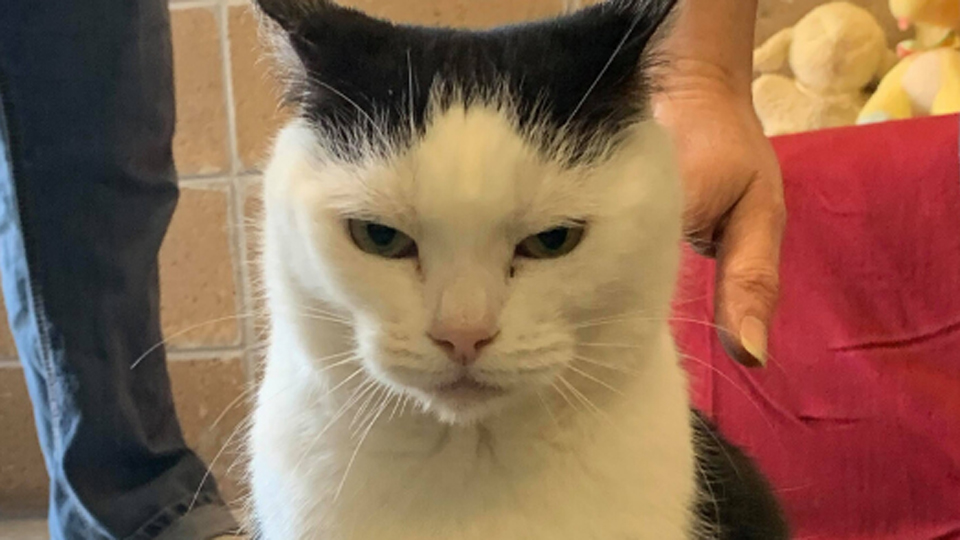 Now known as Noel, the grumpy moggie has a loving – and brave – new home in Tennessee. Photo: Facebook

The shelter is waiving adoption fees in the hope that someone will take the cat named Perdita off their hands.

The group says on its Facebook page, “We thought she was sick. Turns out she’s just a jerk.”

A tongue-in-cheek profile of the foul-tempered feline says her dislikes include “dogs, children, the Dixie Chicks, Disney movies, Christmas and last but NOT least … HUGS.”

It says she likes lurking, pretending to be sick and “staring into your soul until you feel as if you may never be cheerful again …”

Shelter director Amber Lowery said four-year-old Perdita came to the facility on Christmas Eve, The Charlotte Observer reported. Since then, the shelter has had to warn visitors that Perdita’s attempts to draw passersby to her cage were actually a ruse that would not end well.

“I’m looking at her right now, and she’s rolling around in her little bed, looking all sweet and cute, but the minute you try to rub her, she slaps you. We thought she was in pain and took her to the vet and he said: ‘No, this cat is just a jerk’,” Ms Lowery told the newspaper.

One person wrote on the shelter’s Facebook page that they hoped Perdita found “the goth home of her dreams.”