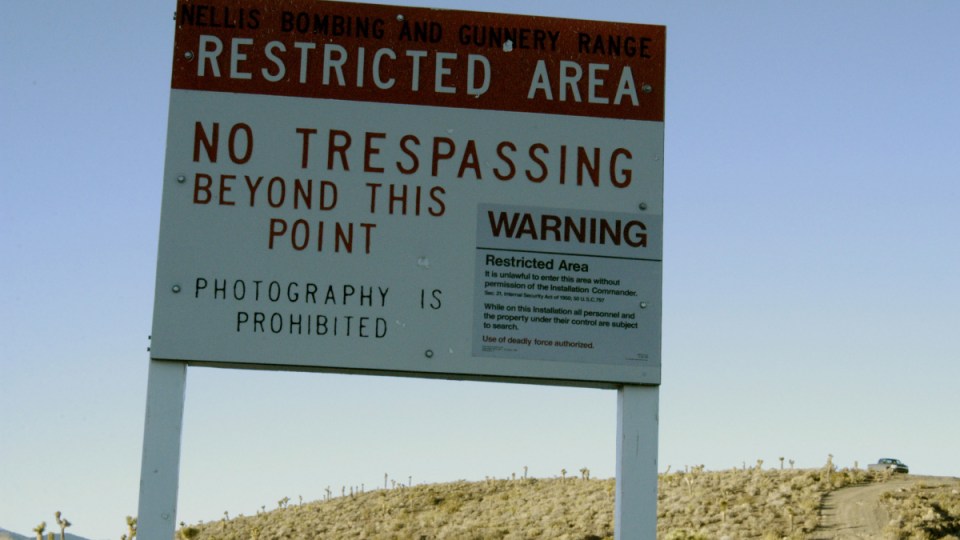 It all started as a bit of a joke. But the US Air Force is taking it very seriously indeed.

More than 1.4 million people have RSVPed to a Facebook event, threatening to storm Area 51, the US air force’s top-secret base that some believe is home to aliens.

A further 1.1 million people – perhaps those less bold? – claim to be “interested” in the event, while not quite committed to joining in the planned invasion of the secretive Nevada base.

“We will all meet up at the Area 51 Alien Centre tourist attraction and coordinate our entry,” a post reads on the Storm Area 51: They Can’t Stop All Of Us event page.

“We can move faster than their bullets. Let’s see them aliens.”

Theoretically, the 1.4 million respondents (whose numbers are growing every day) will gather in a remote Nevada town early on Septmber 20. From there, they’ll head for Area 51, using their massive numbers to invade the clandestine base and reveal any alien secrets it holds.

But the pitch isn’t entirely serious. Just to make that clear, Facebook user Jackson Barnes wrote on the event page: “Hello US government, this is a joke, and I do not actually intend to go ahead with this plan”.

“I just thought it would be funny and get me some thumbsy uppies on the Internet. I’m not responsible if people decide to actually storm area 51.”

This probably the best Area 51 meme out there pic.twitter.com/jDJmExlfcC

Joke or not (and despite the countless memes the event has spawned on social media), the US Air Force doesn’t see the funny side. Spokeswoman Laura McAndrews told The Washington Post that officials were aware of the event.

But she wouldn’t reveal any specific plans or security procedures at the base, which is about an hour’s drive north-west of Las Vegas. She did, however, have a warning to those itching to try their luck.

“[Area 51] is an open training range for the US Air Force, and we would discourage anyone from trying to come into the area where we train American armed forces,” Ms McAndrews said.

“The US Air Force always stands ready to protect America and its assets.”

these Area 51 memes are one of the best things that ever happened to the Internet straight up 😂😂 pic.twitter.com/gGSqCWMm2P

Area 51 has long been a source of intrigue, and inspiration for conspiracy theorists. Its primary use has never been revealed, but that is common to many military bases across the US.

Even the mere existence of Area 51, which is part of the wider Edwards Air Force Base, was denied for decades. It was eventually confirmed by the CIA in 2013, through records obtained under freedom of information laws.

That report maintained the base was solely an aircraft-testing facility. However, despite no mention of alien life, it failed to put to rest the conspiracy theories that allege the US government uses Area 51 to hide aliens and their spacecraft.

Whatever its purpose, storming the site – as the Facebook event appears to encourage – might prove a bit difficult.

It is restricted to the public and has armed guards patrolling the perimeters. And clear signs warning of the risks to anyone who does get over the fence.

‘Let’s see them aliens’: Millions sign up to storm secretive air force base