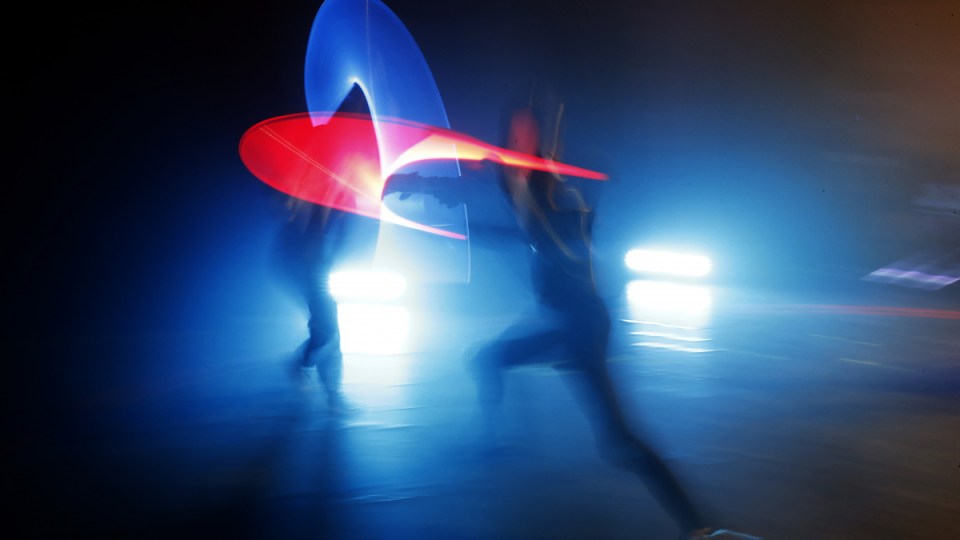 Duelling with lightsabers at a tournament outside Paris. Photo: AAP

Move over Zorro, Robin Hood and The Three Musketeers, there’s a new generation of duelling fencers in France.

With the official recognition of lightsaber duelling as a competitive sport by the French fencing federation, young sword-fighters can now channel their inner Luke Skywalker, Obi-Wan Kenobi or Darth Vader.

Unfortunately for the really keen, the LED-lit, rigid polycarbonate replicas of the famed Star Wars lightsaber won’t slice a Sith lord in half.

But they look remarkably like the lightsabers that Yoda and others wield in the blockbuster movies. Some of the more expensive sabers are even equipped with chips that emit a throaty electric rumbles – so they sound the part too.

“Cape and sword movies have always had a big impact on our federation and its growth,” French Fencing Federation secretary-general Serge Aubailly said.

“Lightsaber films have the same impact. Young people want to give it a try.”

The physicality of lightsaber combat is part of the reason the federation has thrown its support behind the sport. It is equipping fencing clubs with lightsabers and training would-be lightsaber instructors, while officially recognising the three-minute duels.

Like virtuous Jedi knights, the French federation sees itself as combating a Dark Side: The sedentary habits of 21st-century life that are affecting the health of ever-growing numbers of adults and children.

“With young people today, it’s a real public health issue. They don’t do any sport and only exercise with their thumbs,” Mr Aubailly said.

“It’s becoming difficult to [persuade them to] do a sport that has no connection with getting out of the sofa and playing with one’s thumbs. That is why we are trying to create a bond between our discipline and modern technologies, so participating in a sport feels natural.”

But not all of the converts to lightsaber duels are youngsters. Some are more like 49-year-old police officer Philippe Bondi, who was drawn to the idea of acting out the love for Star Wars he’s had since he saw his first film at the age of just seven.

Mr Bondi was a fencer for 20 years before switching to lightsaber duelling. He uses a federation-approved lightsaber in luminous green “because it’s the Jedi colours, and Yoda is my master”.

“I had to be on the good side, given that my job is upholding the law,” he told USA Today.

Mr Bondi was among the competitors at a recent national tournament outside Paris. They fought in a darkened hall, lit by spectacular illuminated swooshes of coloured blades, while fans dressed as Star Wars characters added their own colour.

Nonetheless, lightsaber duelling counts its paid-up practitioners in France in the hundreds, not thousands – and it has no hope of a place in the Paris Olympics in 2024. But to hear the thwack of blades and see them cut shapes through the air is to want to give the sport a try.