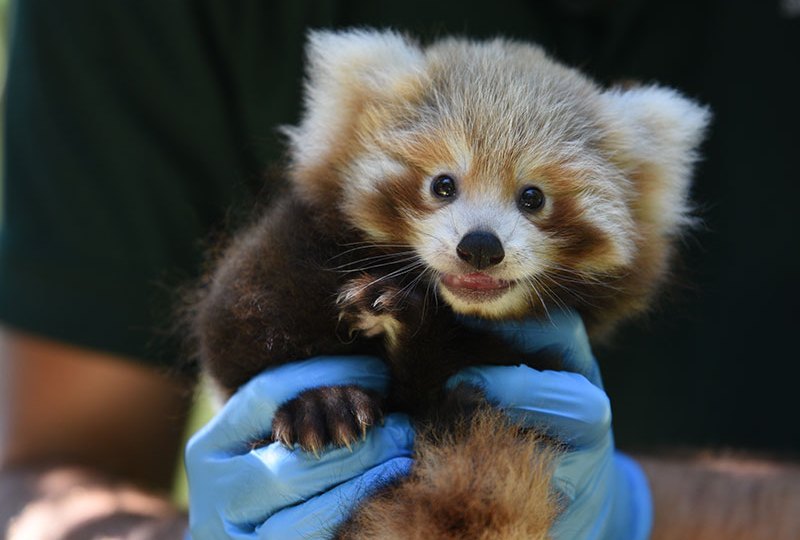 A bouncing baby male red panda has played up for the cameras at Perth Zoo as he was given his first health check-up.

The Nepalese Red Panda cub was given a clean-bill of health as keepers proudly introduced the grumpy two-month-old to the public for the first time.

It comes after Australian conservationists helped rescue six red pandas last week from being trafficked across the Laos-Chinese border.

Unfortunately, three of the bears died from the severe stress of their ordeal and potential diseases.

“We were very excited to welcome a new cub to the zoo family, however, it coincides with the rescue … emphasising just how perilous it is out there for these animals,” Mr Boland said.

The cub is the 19th red panda born at Perth Zoo since 1997. His nine-year old mother Anusha is also a local while his father, Makula, was born in Canberra.

The pandas originated in the foothills of the Himalayan Mountains, where they spend their days munching on bamboo and using those formidable front claws to climb trees.

The population remains under threat from deforestation and illegal poaching, with less than 10,000 thought to be left in the wild.

Donations can be made to the zoo to support its breeding and conservation programs.