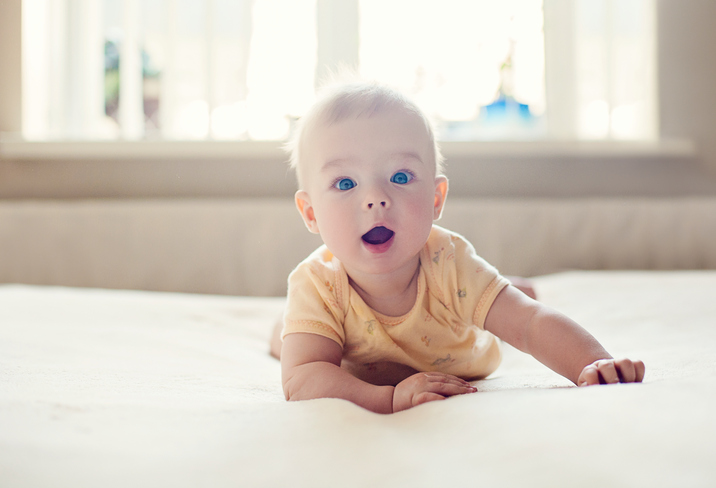 Find out when Australia's favourite time of the year is for baby-making. Photo: Getty

Things are about to get sexy, Australia – at least, according to new figures from the Bureau of Statistics.

New research on the timing of births shows the holiday season is the nation’s favourite time of year for baby-making.

It also allows us to calculate for the first time how special – or not – our birthdays really are.

See where your birthday ranks on a scale of most to least common, using the heatmap below.

The chart compares the popularity of birthdays based on total births between 2007 and 2016. This is the first time Australian data on day and month of birth have been released to the public.

September 17 takes the cake for Australia’s most common birthday, with 8862 births over the 10-year period. It was marginally ahead of April 8, which had 8829 births, and September 23, with 8816 births.

As you can see in the bar chart below, the difference between the most popular birthdays is small. It comes down to 15-35 births over 10 years, or 2-3 babies a year.

More stark is the curious pattern to the country’s least popular – or, put more kindly, most unique – birthdays.

The line chart below shows average births for each day of the year. (Unlike the heatmap above, it adjusts for the fact that February 29 occurred only three times over the 10-year period.)

It reveals some strong national preferences when it comes to baby-making.

Firstly, few Australians seem to think giving birth is a fun way to spend a holiday. Doctors, too, would probably prefer to spend their holidays relaxing, rather than delivering babies.

It’s a pattern that shows the timing of many births in the past 10 years was not random.

Other dates on the list of least popular birthdays either follow an official holiday, so sometimes fall on the public holiday, or are close to holidays that move from year to year, such as Good Friday, Easter Monday and the Queen’s Birthday.

December babies have the most unique birthdays. Births are nearly 13 per cent less likely to fall in December, compared to the monthly average, with 22 of the 50 least popular birthdays in December.

This makes March Australia’s least sexy month, as well as one of the most popular months for births. Babies born between 2007 and 2016 were 3.7 per cent more likely to be born in March, compared to the monthly average.

The ABS figures also reveal how heavily days of the week influence the timing of births.

Did you notice how jagged the line chart was? A closer look shows births follow a weekly rhythm, with peaks (or dips) every seven days, more or less.

That’s because some dates within the 10-year period fell on Saturdays or Sundays more often than others.

This matters because an increasing number of Australians births are induced or caesarean sections. In 2014, just over 32 per cent of births in Australia were by caesarean section, according to research published in the scientific journal PLoS One.

“Doctors prefer to carry out these procedures on days other than Saturday and Sunday. As a result, there are fewer births on the weekend,” Peter McDonald, professor of demography at the University of Melbourne’s Centre for Health Policy, said.

Births follow remarkably regular patterns from year to year, surging seasonally, although by different amounts and at different times around the world.

The phenomenon has intrigued social scientists since the early 19th century, with research linking seasonal patterns to environmental, economic and cultural factors, including temperature, daylight hours, distance from the equator, agricultural cycles, marriages, holidays and migration.

These factors are further complicated by recent human interventions such as air conditioning and contraceptive use.

Ultimately, why humans are more likely to give birth at particular times in particular places remains a puzzle.

“The problem is that there does not seem to be one explanation for understanding the different patterns that are seen between populations,” Associate Professor Edith Gray, head of demography at the Australian National University, said.

“What we know is that births peak in Australia in late September and early October. This is consistent with many other Western countries, including the USA, France, England and Wales, and New Zealand.

“Most researchers attribute this to ‘Christmas babies’ – that is, babies who are conceived during the Christmas holidays.”

It’s a rough measure, but counting back 38 weeks from three of Australia’s four most common birthdays – September 17, September 23 and September 24 – gives us the nation’s most popular conception dates: Christmas Day and New Year’s Day.

So while most Australians seem to agree that giving birth to a baby is not the most pleasant way to spend a holiday, we apparently do enjoy spending the holidays making babies.