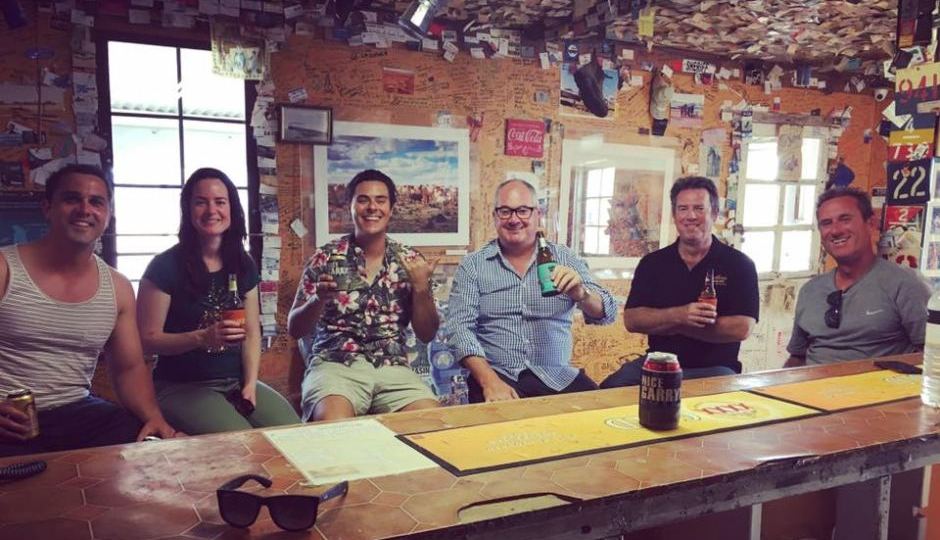 Locals have a beer with SA Tourism Minister Leon Bignell after the service was turned on. Photo: Facebook

Locals in the small outback town of William Creek — a 15-hour drive north of Adelaide — have never been able to use their phones to check the weather or scroll through social media.

Tourists passing through could not call emergency services or use online maps.

But this week, on the roof of local pilot Trevor Wright’s hangar, a small satellite dish with a 1-metre antenna — similar to those used to access pay TV — has been installed.

However, locals are not using it to tune into reality television. Instead they are now able to pick up their mobiles and connect with the outside world.

For the first time, the town’s residents and tourists passing through can use their mobile phones via the Optus 3G network.

It is part of the federal government’s Mobile Black Spot Program, an initiative to help deliver crucial telecommunications infrastructure to regional and remote areas across the country. 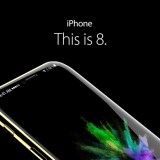 Mr Wright said he had been working with the telco for years to get service in the region.

“It’s not only fantastic for the locals, and government services, but [also] coming into the tourist season.

“It’s one of those things people take for granted as they did with phone boxes 40 years ago, when they were starting to move them out to the bush.”

The new service does not reach very far. It only has a 3-kilometre radius and degrades quite quickly the further you get out of town.

But it is already having an impact.

Outback Communities Authority chair Cecilia Woolford said it would ensure the region became more welcoming for tourists and would be a “real economic driver” for outback communities.

“I’ve got bigger things on my roof than what this thing is,” she said.

“But it means that people can drive in, they can use their mobile phone, they can talk to their families, they can send their Facebook pictures, they can let people know that they’re safe.

Before the new service was switched on, those passing through could not call 000 or 112 in an emergency.

Ms Woolford said that was a major concern, because many tourists tended to head north without doing their research first.

“We had people out there that were quite unsafe and didn’t know where they were going.

“Unlike a normal mobile base station, which is quite expensive and large, we’ve shrunk that down and we’re basically able to provide hot spot coverage in these really remote areas,” he said.

“To deploy, it’s very quick, as opposed to building a massive tower, and it’s great because we can use satellite technology to backhaul it rather than having to run microwave or fibre.”

Optus, the South Australian and federal governments have invested $8.5 million to improve mobile coverage across regional and remote areas in the state.

More than a dozen other remote locations will also see similar technology soon.

But for now, William Creek is celebrating the biggest thing to happen since they got internet access.

“We’re only one example of what’s going to happen all over the outback,” Mr Wright said.

“It’s been a momentous change.”