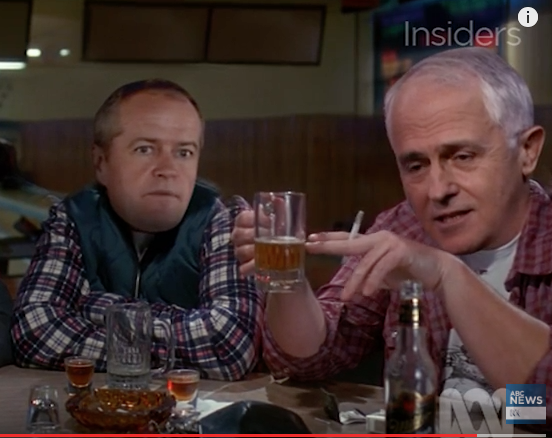 Mining the rich seam of federal politics of 2016, the ABC’s video editor, Huw Parkinson, has produced another gem to round out the year.

From Cheers to The Big Lebowski, Parkinson has used a bar theme to recast some of the more memorable moments and quotes of the 2016 political year.