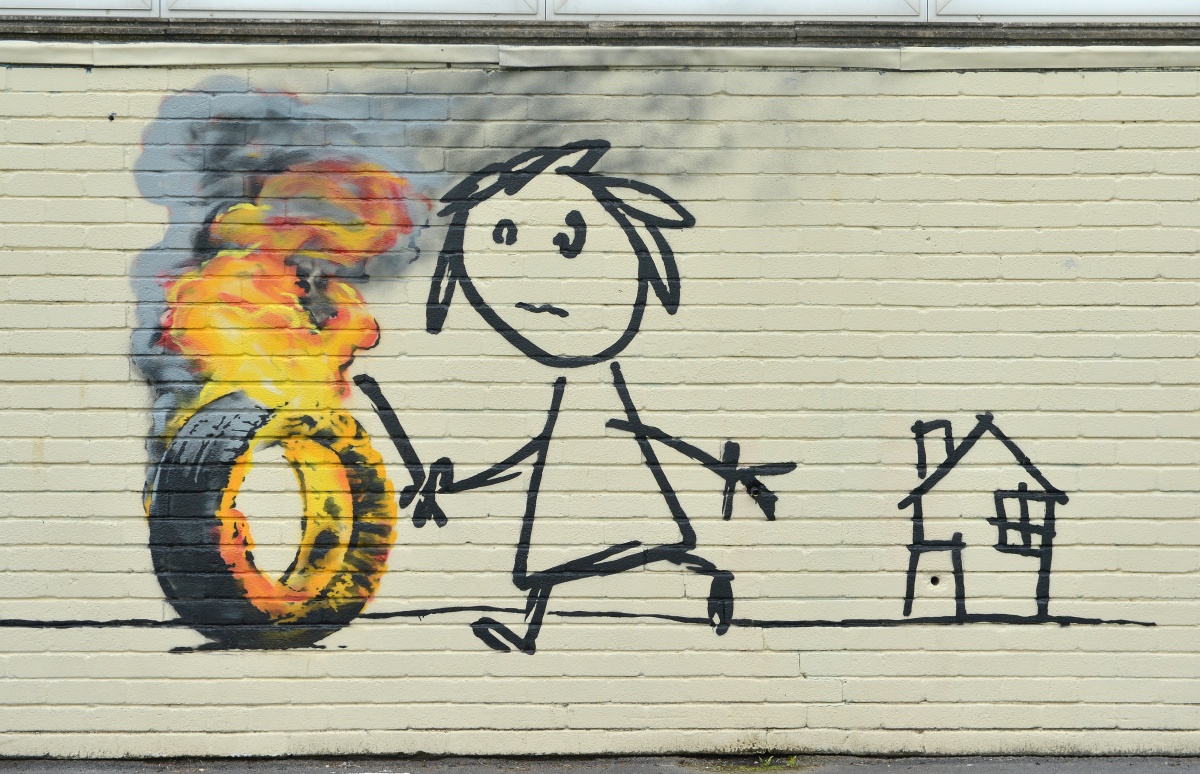 Secretive street artist Banksy has struck again, this time offering a mural as a “present” to a UK school.

Children at Bridge Farm Primary School in Banksy’s hometown of Bristol arrived back at their classroom overnight to find a surprise artwork on the side of their building.

The world-renowned street artist appears to have painted the four-metre-high mural to thank the school for naming a building after him.

One student, who won a student house naming competition, then wrote to the elusive artist to let him know the house had been named in his honour.0e mural of a child pushing a tyre on fire, Banksy left a note addressed to “the caretaker” instructing students to “add stuff” if they didn’t like his work.

A Banksy spokesman confirmed to the BBC the mural was authentic.

The note did not elude to the meaning behind the mural and Banksy has not released a statement. The street artist — whose identity has remained a secret for years — does not have a Facebook or Twitter account. The Banksy website had no details of the latest piece.

The letter left behind at the school read:

Thanks for your letter and naming a house after me. Please have a picture, and if you don’t like it, feel free to add stuff. I’m sure the teachers won’t mind.

Remember, it’s always easier to get forgiveness then permission.

“During the school holidays we had a visit from Banksy. The large paining was a gift to the school as we have named one of our team houses after him,” the school said in a statement on its website.

Head teacher Geoff Mason told the BBC the school had no plans to remove the mural but to cover it with plastic to protect it against the elements and other graffiti artists.

Authentic Banksy pieces have been known to sell for seven-figure sums.

However in October last year, two Banksy murals sold at auction in Beverly Hills for $A388,000.