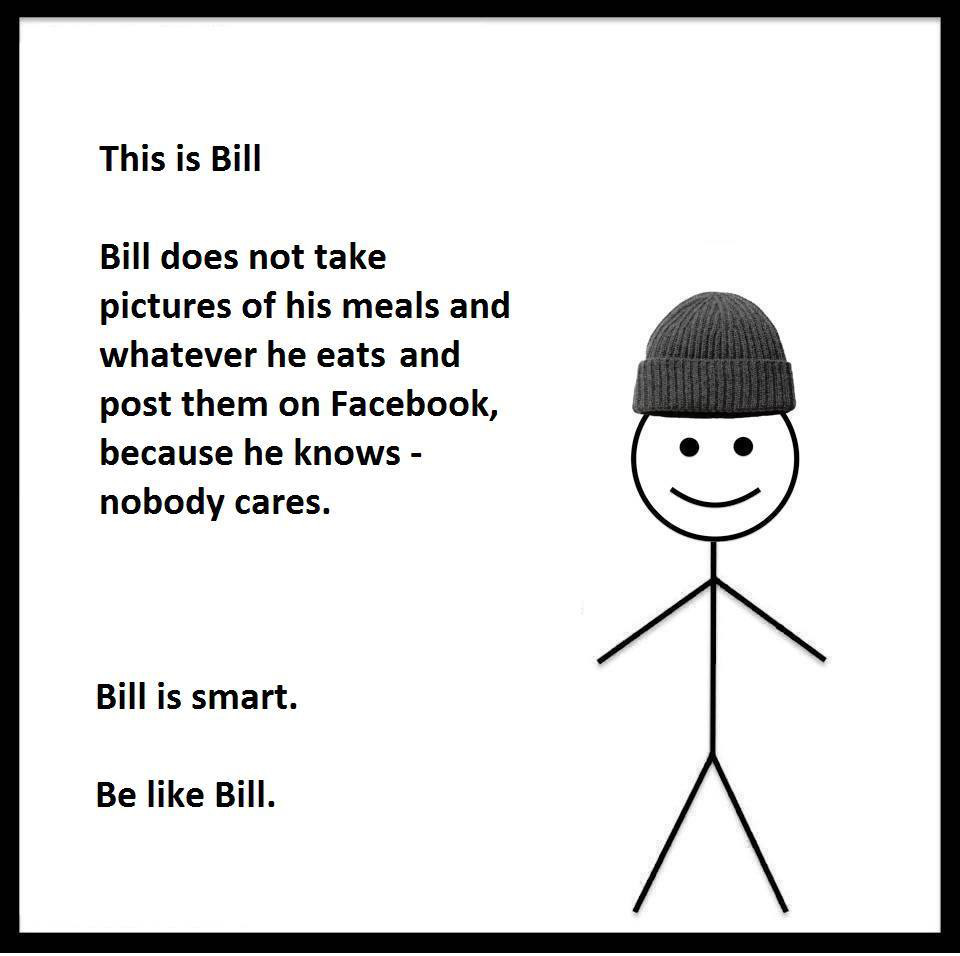 A meme created to encourage the practice of exemplary online etiquette has sent the internet into meltdown – and all it took was some stick figure scribbling.

The #BeLikeBill hashtag has been shared millions of times around Facebook and Twitter, accompanied with a meme featuring a stick figure man called Bill.

But it’s the caption that tells the story, often one of how Bill came close to breaking an online etiquette rule, only to think twice before he posted, prompting readers to want to “Be Like Bill”.

The page was created by Italian-based Moldovan cartoonist Eugeniu Croitoru, who told the BBC that “Bill is much better than me”.

“The idea is very simple. ‘Bill’ can be anyone who is smart and has common sense and doesn’t do annoying things,” he said.

“You’ll also notice Bill can be someone who makes fun of himself and jokes about others too occasionally.”

But not everybody likes Bill. Many users on social media have begun to complain that the craze is too self-righteous.

The dislike even spawned this article explaining how to hide Be Like Bill posts from Facebook timelines.

“Hands up who thinks the Be Like Bill meme should die already?” @Asher_Wolf tweeted.

@AllyMarCarey wrote: “I swear to god, if I see one more ‘be like Bill’ thing on my FB I will cry.”

On Facebook, user Linda Ann wrote that the movement was robbing people of their individuality.

“This is Bill. Bill thinks he is authoritarian on what should be posted on a ridiculous website … don’t be like Bill. Be yourself,” she wrote.

Bill has been around since late 2015, however he has come to more prominence in 2016 as people began making their own versions of the meme.

They’ve taken the form of public service announcements from police, to individuals reflecting on their own flaws and taste in television programs.

Hundreds of companies also attempted to tap into the craze and get in some free advertising.

But there is one famous Bill who hasn’t chosen to weigh into the trend, federal Labor leader Bill Shorten, who divided the internet thanks to this cheesy lettuce gag.

Some examples from the original Be Like Bill page:

The direction the internet has taken the meme:

This is Bob. Bob lost his job in a leadership spill but moved on and these days gets given free beers. Be like Bob. pic.twitter.com/x1PE3UghOG The stick figure called Bill taking the net by storm