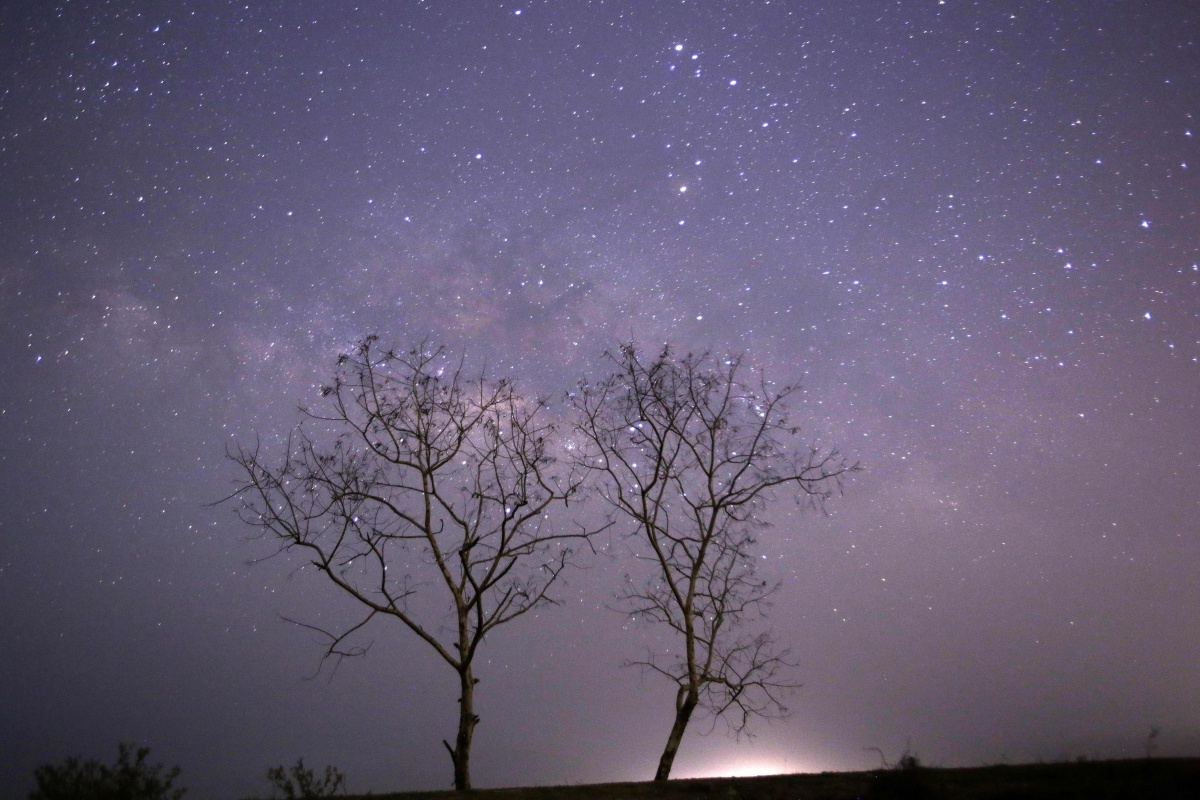 Southern Tasmanian residents will take part in a stargazing world record attempt this Friday night, with just a few thousand people needed to meet the milestone.

The attempt, to be hosted by Huonville Primary School, will be the southernmost of 40 registered attempts across Australia to break the record: “Most People Stargazing across Multiple Sites in a Country (Australia)”.

To break the current record, 3,008 individuals are needed, all of them looking towards the moon and stars, as part of National Science Week.

Susie Haley, engagement officer at the Faculty of Science, Engineering and Technology at the University of Tasmania said she was confident the record would be broken.

The group will look towards a waxing crescent moon which will be 37 percent full.

“We’ll be looking at the moon; that is the target that we’re all expected to look at for the evening so we’re very, very hopeful for clear skies,” Ms Haley said.

The southern Tasmanian event will take place at the same time as another record attempt led by the Mount Stromlo Observatory in Canberra.

In addition, Mount Stromlo will attempt to break another record — the most people stargazing from one single site.

Ms Haley said there were strict protocols for the two events with regard to viewing devices used and the number of people who could claim to be a part of it.

“You have to be at a registered event. You can’t just do it on your own and say ‘I did it’,” Ms Haley said.

Ms Haley had been organising the Huon Valley Science Expo when she realised the astronomical record-breaking attempt was being hosted by the Australian National University on the same night.

The two events have decided to combine their efforts.

“There’s lots of preparation involved for this… little did we know it was going to be bigger than Ben Hur,” Ms Haley said.

“It’s getting larger and larger and [we] thought, maybe a hundred telescopes [would be sufficient].”

Participants have been encouraged to bring their own telescopes and binoculars but an extra 500 telescopes had been ordered for registrants to buy on the evening, Ms Haley said.

“You can’t use a telephone though, so you have to be looking through a binocular or telescope — looking at the moon all at the one time across the nation.”

Stargazers can attend from 6pm when guest speaker Dr Andrew Cole, who is a part of setting up the telescope at the Bisdee Tier Optical Astronomy Observatory in the Tasmanian midlands, will speak.

A 700-millimetre telescope will also be a prize give away on the night.