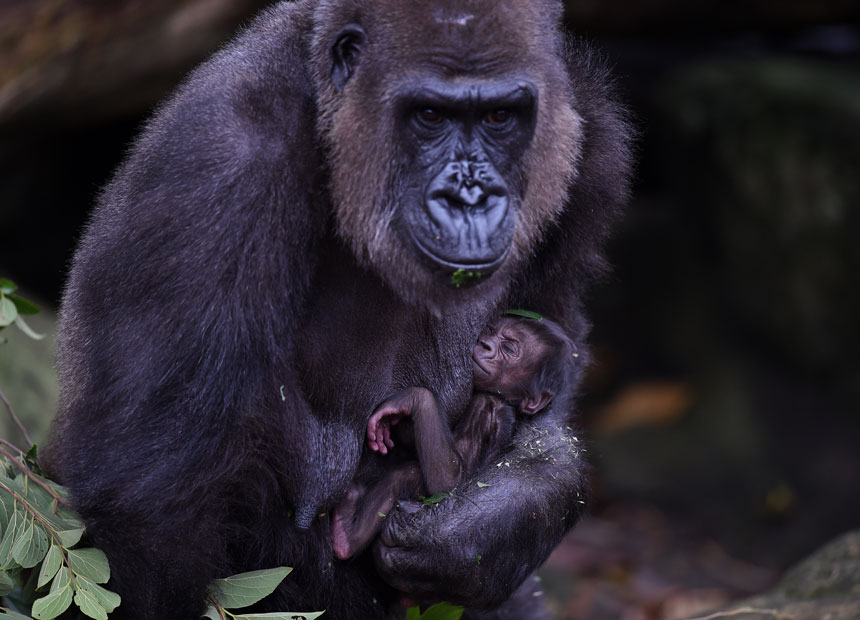 The mother of a newborn gorilla at Sydney’s Taronga Zoo is keeping her baby’s gender close to her chest. Literally.

Frala has been keeping such a tight hold of the baby zookeepers are still to determine its sex.

Visitors captured their first glimpse of the newborn on Tuesday and whether it was a boy or girl was the question on everyone’s lips.

“Being a very experienced mum, she’s holding bub very close to the belly which is a normal thing to do – it’s where the protection, warmth and food is.

At six days old, the baby weighs about 1.5-2kg but will grow very quickly, with adults weighing in at between 90-100kg for females, while males can weigh from 120kg to 200kg.

Just like a human baby, the newborn gorilla will suckle for the next three months and then start on vegetables such as sweet potato.

However, Frala will not wean the baby until three or four years.

Taronga Zoo are involved in a worldwide breeding program to bring awareness to the public of the plight of gorillas.

Classified as critically endangered, there are only about 100,000 left in the wild.

“They can be wiped out so quickly,” Ms Ridley said.

It’s the second gorilla to be born at the zoo in the past seven months.

The best times for visitors hoping to get a glimpse of the newborn are early morning or during the lunchtime feed.