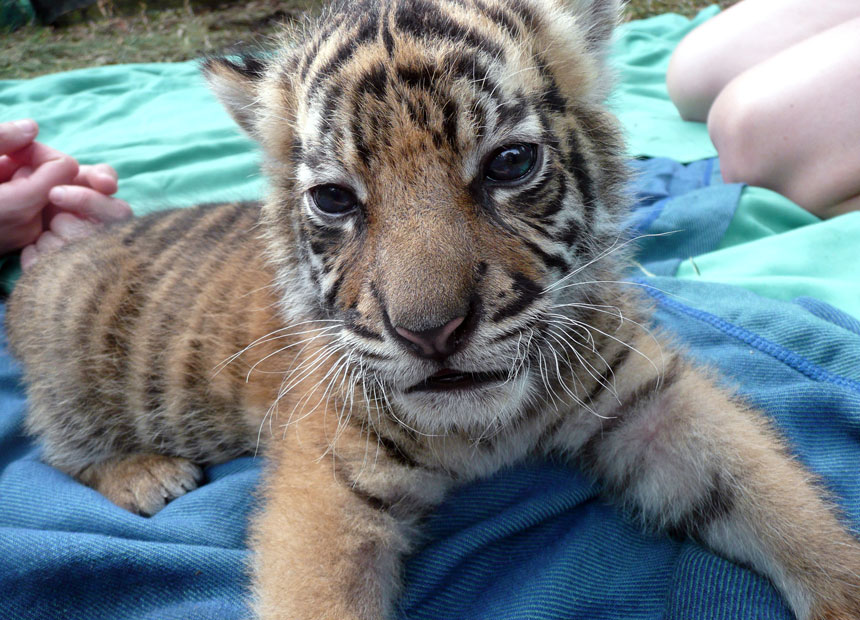 Sali had a tough start in life but the six-year-old tigress has bounced back to become the first-time mum of two cubs.

Sali was born at Perth Zoo in 2008 and was hand reared after her mother, Fetia, failed to display the mothering skills needed to ensure her cub would survive.

After spending 20 days at Perth Zoo, Sali was moved to Dreamworld in Queensland where keepers were able to better care for her.

She was moved to Hamilton Zoo in New Zealand in 2012, which is where she gave birth this month to a male and a female cub.

“Some first-time mothers have issues rearing their young, but according to Hamilton Zoo, her instincts kicked in straight away and she’s been very attentive and allowing her cubs to suckle regularly,” he said.

Hamilton Zoo staff will monitor the weight and general health of the cubs over the next few months and expect they will be on public view by January.

Sali is the sister of Melati who gave birth to triplets at London Zoo in March.

Sumatran tigers are critically endangered, with as few as 400 left in the wild.

The zoo breeding program for the species is global to ensure a safety-net against extinction.

Mr Noble said Jaya was now at a good age where he could start breeding too.

Zoos SA veterinarian Ian Smith says the exact cause of death is unknown but there are indications the infant was stillborn.

Karta had another stillborn in January last year, while four other babies have died soon after birth since 1995.

Dr Smith said on Thursday Karta and her mate Kluet were in good health but would be given appropriate time and space to mourn.