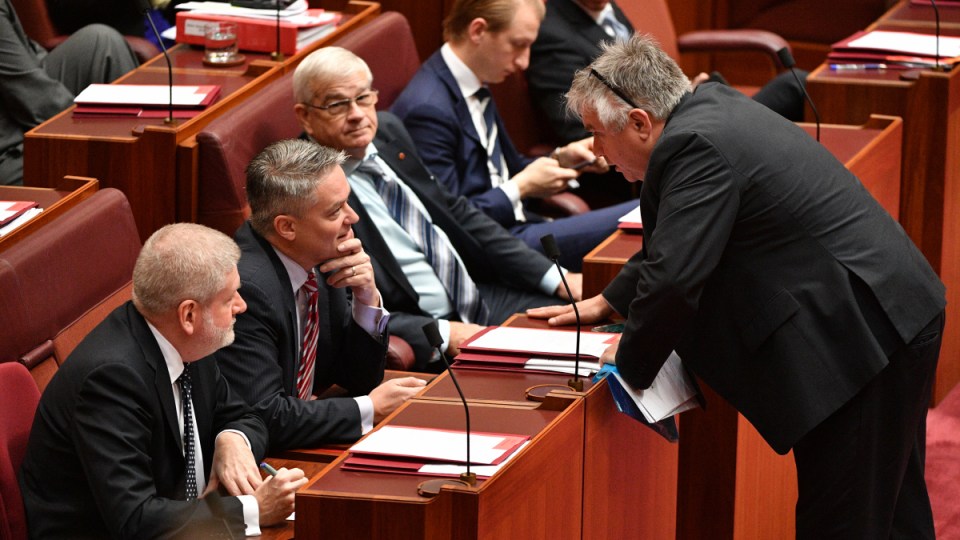 Prime Minister Scott Morrison is under pressure to consider gas export limits to bring down power prices under a deal to secure the support of Centre Alliance for his tax cut package.

Pensioners are also part of the negotiations, amid concerns seniors get little benefit from the $158 billion package and need to see energy prices come down.

One option Centre Alliance is discussing is using the export trigger – the Australian Domestic Gas Security Mechanism (ADGSM) – a threat the government has never enacted since it was introduced two years ago.

Centre Alliance Senator Rex Patrick told The New Daily he remains concerned the value of the tax cuts package will be wiped out for low- and middle-income earners unless the PM acts on energy prices.

“We are the largest exporter of gas. We have so much gas it is unfathomable that we end up with a situation where our competitors in Asia are using our gas for a cheaper price,” he said.

“One of the purposes of having the tax cut, from a government perspective, is to get additional money into the economy. I’ve spoken to [ACCC chairman] Rod Sims and if you look at gas prices, he says they are going to go up over the next couple of years,” he said.

“In SA, Victoria and Tasmania, gas prices drive the electricity price. So you might end up with a situation in two years’ time – because of our awful gas policies – where all of that money that was supposed to stimulate the economy is going to energy prices.”

There is broad agreement that the Senate will back the government’s Stage 1 tax cuts worth $1080 for workers earning under $130,000 and Stage 2 tax cuts.

But because Mr Morrison is insisting the legislation is “a package” including Stage 3 tax cuts in 2024 for high-income earners, the legislation could remain stalled in the Senate.

Pauline Hanson is threatening to block the Stage 3 tax cuts in the Senate.

But she also has a history of opposing government tax cuts in the Senate and then backflipping to support the Coalition.

The One Nation leader said on Monday she was not supporting the 2024 tax cuts yet.

“At this stage, no I’m not,” she told the Nine Network on Monday morning.

“We’re talking about $158 billion over the next few years. I think there’s more important issues out there that are of concern to the Australian people.

“You know, those two there alone will cost $20 billion to $25 billion. That would bring employment to Australia, water security, cheaper electricity.”

Senator Hanson also raised one idea the government could use as a bargaining tool with her: A royal commission into the Family Court.

“Another thing that’s important to the people is having a royal commission into family law and child support. Men are suiciding daily and women are being murdered,” she said.

“Tax cuts? No. It’s important to get these other things on the agenda first and foremost.”

Senator Hanson has been furious with the PM after he declared the Liberals would put One Nation below Labor on how-to-vote cards after the members of her party were filmed threatening to water down Australia’s gun laws in conversations with American gun lobbyists in the documentary How to Market a Massacre.

While the Senate count has not been finalised, the Coalition is expected to hold 35 votes, which means it needs another four votes to reach a majority of 39.

The Greens are opposed to the full package of the Prime Minister’s $158 billion tax cuts, arguing the lion’s share goes to high-income earners from 2024.