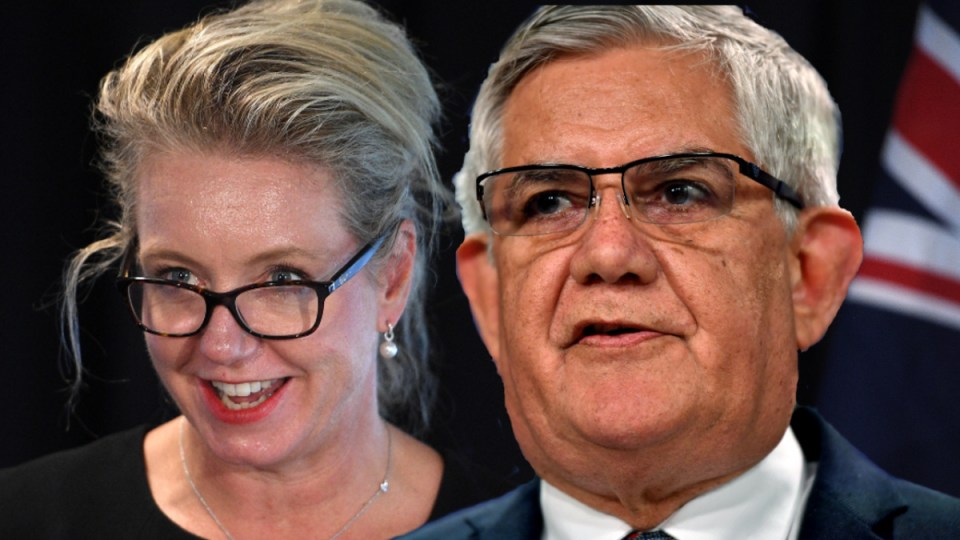 Bridget McKenzie will be the first female agriculture minister, while Ken Wyatt is the first Indigenous cabinet minister. Photo: AAP

The PM pledged at the National Press Club that Ms Price would remain in the portfolio after claims she had gone “missing in action” during the campaign.

“She asked for a new challenge and I was happy to give her one. She will do a great job as defence industry,” Mr Morrison said on Sunday.

She was replaced by former health minister Sussan Ley.

Ms Ley resigned from cabinet in January 2017 after an expenses scandal over the purchase of a Gold Coast property. It was later revealed her only breach was taking a short ComCar ride to a property inspection.

Mr Morrison also confirmed a special focus on service delivery and “congestion busting” in the bureaucracy through the establishment of Services Australia.

One of Mr Morrison’s key lieutenants during Peter Dutton’s leadership challenge, Queenslander Stuart Robert will be elevated to cabinet to help drive the better use of information technology and apps to help deliver services.

“In that portfolio I will be appointing Stuart Robert as the Minister for Government Services in cabinet and I will also be appointing Stuart to the very important role of an issue that is very dear to my heart, the National Disability Insurance Scheme,” Mr Morrison said.

“Every Australian with a disability needs a bespoke program.

“We must recognise their differences. It cannot be dealt with in a cookie-cutter manner.”

Shorten: "Are you going to keep the same environment minister?"

Mr Morrison also confirmed that unless Labor agrees to vote for all of the tax cuts outlined at the election there may be further delays to the promised $1080 tax cuts due from July 1.

“We are putting our entire tax plan to the Parliament,” Mr Morrison said.

“It is a plan for aspirational Australians, a plan for tax relief not just now, but into the future.

NSW Liberal Senator Jim Molan could be appointed to Senator Sinodinos’ Senate spot despite the fact he angered the National Party by urging a below-the-line vote during the election.

Former Liberal MP Sarah Henderson, who lost the seat of Corangamite, could fill the Victorian vacancy when Senator Fifield departs.

Barnaby Joyce has also been dumped as special drought envoy, with the Nationals David Littleproud taking on the role in cabinet.

Mr Joyce complained on Twitter that he had only learned of his demotion from watching television.

Barnaby Joyce appears to have been dumped from drought envoy role says he found out from TV 🧐 https://t.co/RNyKxjHemn

Australia will also have the first Indigenous cabinet minister in Ken Wyatt, who will take responsibility for Indigenous Australians.

Attorney-General Christian Porter will remain in his portfolio and take on the role of manager of government business in the house.

But he will also have new responsibilities as the industrial relations minister.

“That will include creating fairer workplaces and enforcing the rule of law in industrial relations, particularly through the Australian Building and Construction Commission,” Mr Morrison said,

Former Assistant Treasurer Michael Sukkar, who survived Labor’s attempts to win his Melbourne seat of Deakin, has made a return to the ministry and his old portfolio after being removed following the leadership challenge.

“He will have responsibility for the first home loan deposit scheme, which we announced and committed to during the election, as well as more affordable housing. Jane Hume will come in as assistant minister for superannuation, financial technology and financial services,” Mr Morrison said.

“Anne Ruston will be elevated to cabinet and take on the job for minister for family and social services and she will also perform the role of manager of government business in the Senate. She will be supported by Luke Howarth, who comes into the assistant ministry as assistant minister for homelessness, community housing and community services.”

Brigadier Linda Reynolds takes on the role of Minister for Defence as expected after Christopher Pyne retired from politics.

Another Morrison loyalist, NSW Liberal MP Alex Hawke, will become the minister for international development in the Pacific and assistant defence minister.

Angus Taylor will remain as minister for energy, but his portfolio will take on the further role of emissions reduction responsibility and meeting 2030 emissions targets.