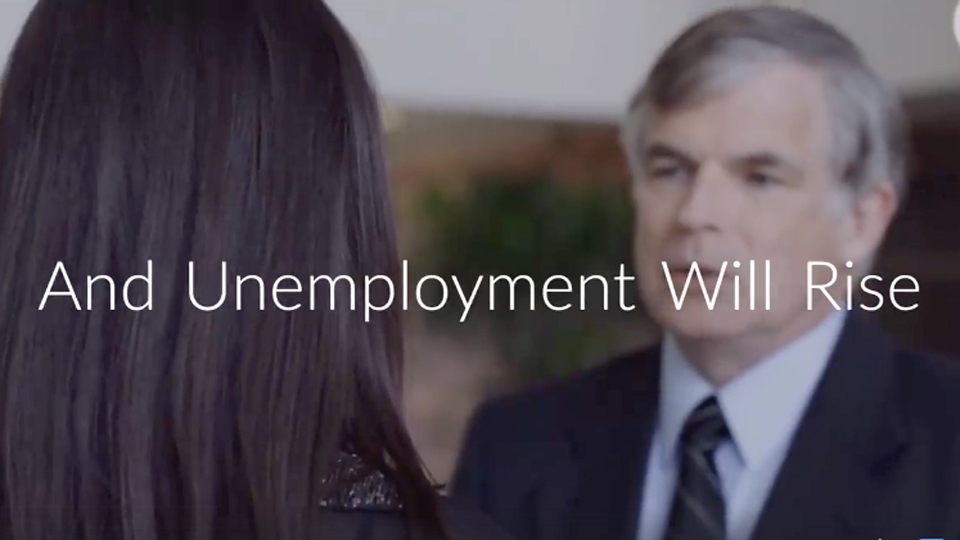 Welfare groups have slammed a “scare campaign” by real estate agents across Australia, who are warning tenants that Labor’s negative gearing policy will send rents soaring and lift the unemployment rate.

The Real Estate Institute of Australia is co-ordinating the campaign, claiming it has already reached eight million Australians through Facebook and direct mail to renters, owners and investors on its database.

In one letter, a Raine & Horne real estate agent, Graham Cockerill, writes, “Dear tenant, the Real Estate of Institute of Australia has never been involved in politics but feel the changes that will occur if we have a change of politics will be devastating”.

The REIA ran an identical campaign against Labor’s proposed changes during the 2016 election.

“Every agent in Australia is sending it out,” he said.

“These are wild claims, not backed by any evidence whatsoever,” she said.

“Labor’s negative gearing changes would not affect existing investors as their property is grandfathered; any impact on new investors will be gradual, and investment in new housing is exempt. [There’s] no evidence to back the wild claim that unemployment would rise.”

REIA president Adrian Kelly has previously defended the campaign, claiming it is providing “the truth, plain and simple”.

For renters, the material claims “because you’re currently renting, it might be tempting to dismiss the latest political battle over whether negative gearing should be abolished … but rents will rise”.

“The aim of the campaign, which commenced when the election was called in April, was to ensure that all political parties, candidates and, importantly, voters know the consequences of the opposition’s policy on negative gearing and capital gains tax,” Mr Kelly said.

But Labor’s Treasury spokesman Chris Bowen told The New Daily the claims about rents and jobs were wrong.

“We saw the same co-ordinated scare campaign between the Liberals and vested interests in the property sector in 2016.

“This is part of a concerted effort by a select group of property interest groups to decide an election outcome, and Australians should be alive to it.”

Mr Kelly denied the campaign was based on wild claims.

“There is much research to support our position,” he said.

“The 2019 campaign represents the industry’s participation in democratic process and serves, in particular, to inform Australians of the very real risks posed to the supply of affordable rental housing should there be a change of government. The REIA regards this process as ethical.”

He said the campaign had been supported by the public and member agents.

The REIA has also urged the cross bench to reject Labor’s reforms in the Senate.

“I am quite sure that public awareness has improved significantly and I am encouraged by the likelihood that Senate cross benchers will reject any legislation around the proposed changes, should a Labor government be elected,” Mr Kelly said.

With just days until Saturday’s federal election, the major parties are trying to steer the discussion into preferred territory.

Mr Shorten dismissed Mr Morrison’s warning on property prices as
another “boring scare campaign from the government, which has no scintilla of truth to it”.

Mr Bowen said it was a fact that Malcolm Turnbull had considered negative gearing reforms and took a submission to the Liberals expenditure review committee three years ago.

“We know Scott Morrison said there were excesses in negative gearing but he’s now chosen the cheap scare campaign instead of policy,” he said.

“House prices have fallen under this government’s watch. [Treasurer] Josh Frydenberg would have you believe that house price falls under him are wonderful but under Labor would be a disaster.”

“What Australians are sick of are political parties who say, ‘Just because somebody thought of the idea we say no’,” Mr Bowen said.

Earlier, Mr Frydenberg confirmed no modelling had been done on the policy, which was announced at the Liberal Party’s campaign launch on Sunday.

“What we have seen is this program rolled out in New Zealand to great effect,” he said.

Mr Morrison said it was “difficult to say” if the plan would push up prices.

“It’s difficult to say,” he said. “But I do know this: Labor’s housing tax will force the value of your home down.”

Only about 10,000 people are expected to benefit from the first-home buyers’ policy annually. It will be limited to workers earning under $120,000 for singles or $200,000 for couples.