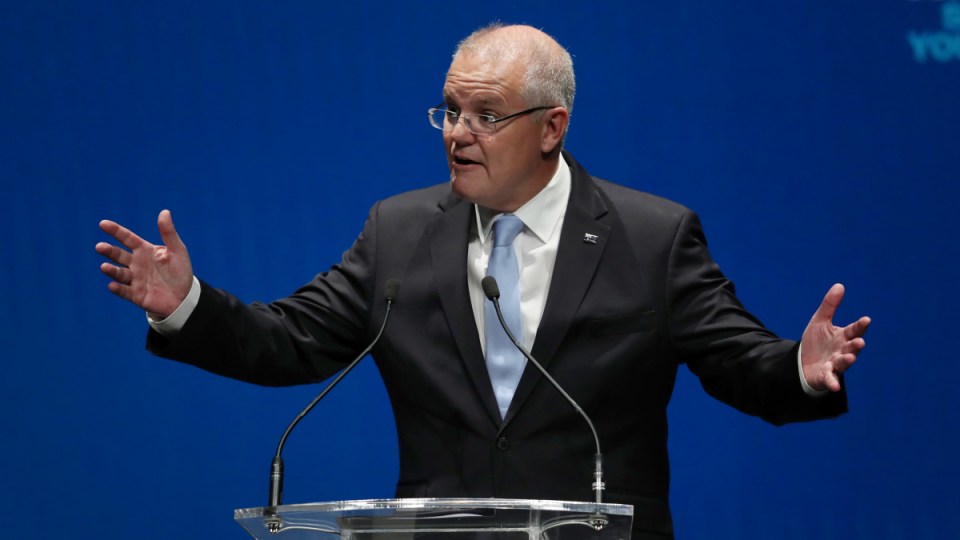 Scott Morrison’s big pitch to first-home buyers looking to get into the market with a smaller deposit has been cautiously welcomed by banks and some economists who said the usual concerns it could inflate house prices do not apply.

Labor moved swiftly to match and neutralise the policy on Sunday, confident it will not inflate prices because the proposed scheme is capped at 10,000 loans a year.

But Liberal strategists remain confident it will focus attention on the economy, the housing market and Labor’s negative gearing policy in the final days of the campaign.

The new policy will allow eligible buyers to purchase a first home with a deposit of just 5 per cent or more of the purchase price under a government-backed guarantee.

But the scheme, estimated to cost $500 million, will be capped at just 10,000 loans a year with home buyers’ applications dealt with on a first come, first served basis.

It will save first-home buyers up to $10,000 in mortgage insurance that they would otherwise be forced to pay if purchasing with a deposit of less than 20 per cent.

“We want to help make the dreams of first-home buyers a reality,” Mr Morrison said.

“This will make a big difference. Cutting the time taken to save for a deposit by at least half and more.”

The policy auction unfolded in less than three hours after the PM announced his plan to help families buy a property with a smaller deposit under a government-backed loan guarantee for eligible families.

“After six years of failure, and six days before an election, the Liberals are desperately trying to tell young Australians they understand their struggles to buy their first home.

“We back genuine support for first-home buyers – that’s why we are also reforming negative gearing for future purchases, so young Australians don’t have to keeping losing out to wealthy property speculators.”

What economists and banks say

Economist Saul Eslake, a long-term critic of John Howard’s First Home Buyers Grant Scheme, told The New Daily he was open to the idea on a short-term basis.

“Normally, schemes like this put upwards pressure on house prices,” he said.

“I’ve said before the first-home buyer grant scheme should be called the second-home vendor grant scheme because that’s where the money ends up.

“In the current circumstances that objection probably doesn’t apply. The other concern is it seems to be encouraging people to take out 95 per cent LVR (Loan to Value Ratio) loans.

“That does mean in an environment of falling house prices potentially people could find themselves in a negative equity.”

Housing Industry Association economist Tim Reardon said it was also a good policy to boost jobs in the construction industry, which was undergoing one of the biggest downturns since the GST.

“This is a good outcome for first-home buyers. We are always happy to engage with the government on initiatives that aim to create better outcomes for Australians and we will work through the specific detail once it’s available,” Bendigo and Adelaide Bank managing director Marnie Baker said.

“Over the past decade as property prices have risen, it has become increasingly difficult for young families to raise the deposit required to enter the market without taking out Lenders Mortgage Insurance,” he said.

How would the new scheme work?

Instead of being forced to provide a 20 per cent upfront deposit, eligible families will be able to purchase with a deposit of just 5 per cent or more.

First-home buyers will still have to borrow the remaining money from the bank and take out a larger loan, but the government will provide a loan guarantee on that 15 per cent to encourage banks to lend the money.

That means some families will be taking out a 95 per cent loan to value ratio.

An income test will apply to the new policy to ensure it is not available to all first-home buyers. The scheme will also be capped and families allowed access on a first come, first served basis.

First-home buyers earning less than $120,000 a year will be eligible for the scheme and for couples the combined family income limit is $200,000 a year.

Buyers in Sydney and Melbourne will get more

Mr Morrison said that the value of homes that can be purchased under the scheme will be determined on a regional basis, reflecting the different property markets across Australia.

Smaller lenders will be encouraged to participate in the scheme to boost competition with the National Housing Finance and Investment Corporation working with private lenders to deliver the First Home Loan Deposit Scheme.

Labor had previously announced it will axe the Morrison government’s program First Home Super Saver Scheme that allows families to access savings put into a superannuation account for the purpose of saving for a deposit.

The PM is expected to focus his attack on that issue on Monday, after Labor moved to neutralise the new policy by matching it.

“Complementing our First Home Super Saver Scheme, the First Home Loan Deposit Scheme will mean first-home buyers won’t need to save for a full 20 per cent deposit, so Australians can get a loan and into the market faster. The scheme will also help first-home buyers save around $10,000 by not having to pay Lenders Mortgage Insurance,” Mr Morrison said.

Liberal strategists also remain convinced the policy will allow the PM to draw Labor into a debate on negative gearing.

“Labor’s devastating housing tax is a $32 billion tax grab that will hit all Australians. If you own your own home it will be worth less and if you rent you will pay more.

“Experts have estimated that Labor’s housing tax would result in house prices falling by as much as 16 per cent and rents going up as much as 22 per cent,” Mr Morrison said.