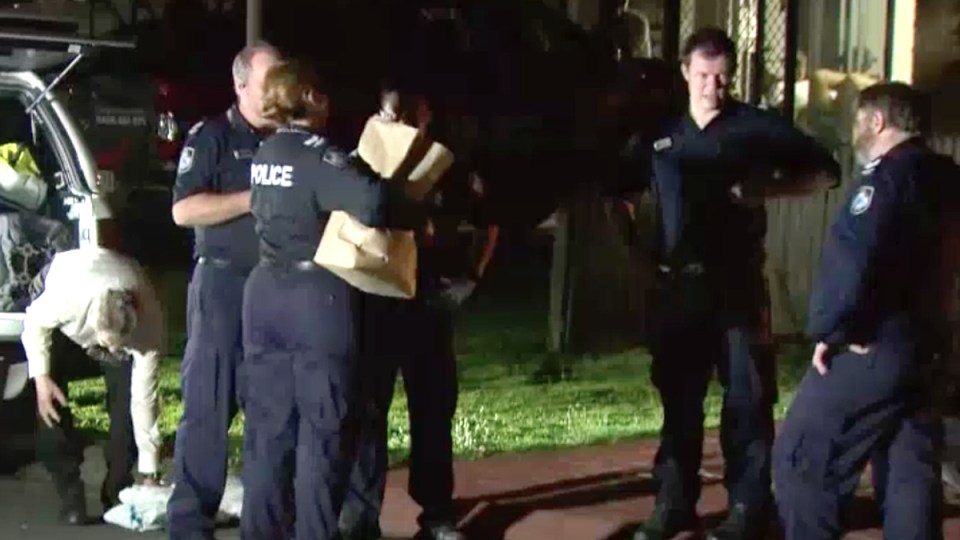 Police outside the dead couple's Parkinson home on Thursday night.

Queensland Police say the alleged murders of an elderly couple in Brisbane are being treated as a terrorism event.

In a disturbing development, they have also urged anyone who has relatives in the Parkinson area of Brisbane to check on them.

The bodies of the 87-year-old man and 86-year-old woman were discovered in their Ulinga Crescent home on Thursday afternoon when police performed a “welfare check”. Both had suffered significant injuries.

On Friday, Deputy Comissioner Tracy Linford said police had discovered a link between the dead couple – whose names are yet to be released – and a man shot dead by police on one of the city’s major motorways.

Raghe Abdi, 22, was shot by police on the Logan Motorway on Thursday morning after threatening them with a knife.

It has since been revealed that Abdi had been influenced by Islamic State. He was on bail and had previously been arrested by counterterrorism officers.

“Further examination of both that scene and the scene of the police shooting yesterday has uncovered for us what we believe to
be a direct link between the two matters,” Ms Linford said.

“That link relates to the fact that there was an item located with Mr Abdi that we believe has come from the address of the deceased elderly couple and we are also looking into items of property that were located at their address that were believed maybe owned by Mr Abdi.”

Police have been door-knocking in the area to find out if anyone heard anything and to check on the welfare of others.

“That door-knocking is continuing today and can I ask anybody who is watching today or listening to your news, if you have family living in that Parkinson area, it would be a good time to check in on them and make sure they’re OK,” she said.

Earlier, Ms Linford said Abdi’s bail conditions included wearing a GPS tracking device. He appeared to have cut that off prior to the motorway shooting.

“We were notified last night that there did appear to be some tampering with that tracking device,” she said on Thursday.

Officers went to his home address twice and searched bushland where the GPS device was pinging. They could find neither Abdi nor the device.

The AFP believes he had been influenced by Islamic State. In May 2019, he was arrested on suspicion of an attempted foreign incursion when trying to depart Brisbane Airport for Somalia.

He was released without charge due to insufficient evidence but had his passport cancelled.

In June 2019, he was charged with further offences, including refusing to give the passcode for his phone.

He was remanded in custody after refusing to answer the magistrate or acknowledge the authority of the court, before being granted bail in September 2020.

Ms Linford said the officers who responded to Thursday morning’s incident did not know the man’s identity and confirmed she had seen body-worn camera footage of the shooting.

“There are occasions when lethal force is the only option available to the police,” she said.

The Ethical Standards Command is investigating the shooting with oversight by the Crime and Corruption Commission.