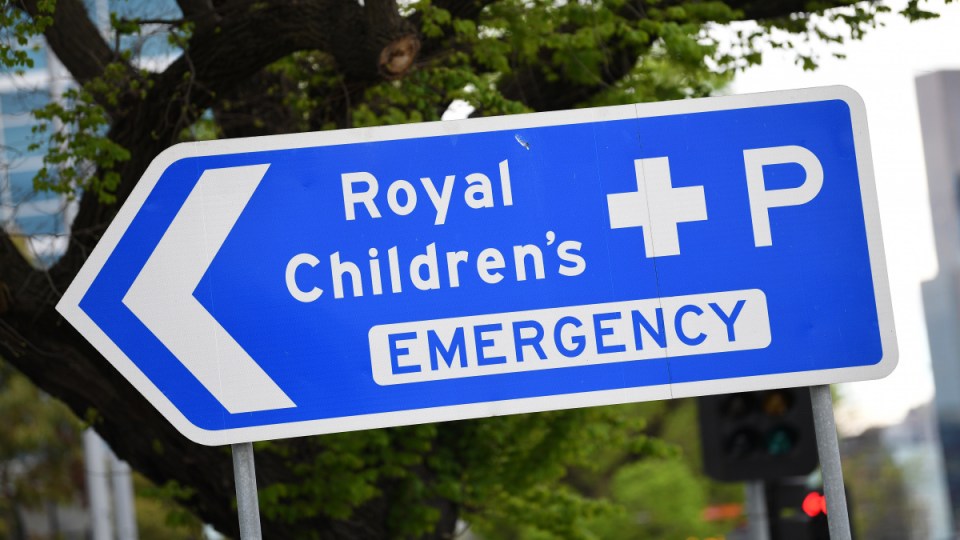 Victoria has recorded another 1571 locally acquired COVID-19 infections and 13 deaths, as the children's hospital deals with another virus scare. Photo: AAP

Victoria has posted its deadliest day of its COVID-19 third wave yet, with 13 deaths reported on Wednesday.

The state also had another 1571 local cases, reversing a recent trend of falling case numbers.

There was another case in a returned traveller, with Wednesday’s update from 79,200 tests in the previous 24 hours. It was a record number of tests for the state in a single day.

The health department confirmed there were 19,861 active infections across the state.

The latest fatalities take the toll from Victoria’s current outbreak to 114. They were nine men and four women aged from their 50s to their 90s, all from Melbourne.

But in a sign of hope, the state’s vaccination rates continue to climb, with more than 38,000 Victorians receiving shots in state-run hubs on Tuesday.

Victorians will enjoy many renewed freedoms once the state reaches 70 per cent of eligible people fully vaccinated.

In the state government’s roadmap out of lockdown, that was initially expected on October 26. But, with vaccination gaining pace across the state in recent weeks, it is now likely as soon as October 21 or 22.

As of Wednesday, 60.9 per cent of Victorians aged over 16 were fully vaccinated, while 87.1 per cent had received one vaccine dose.

“Victorians are really racing along. And as the chief health officer has indicated, when the data is in a position to be interpreted, he’s open to having a look at it,” Health Minister Martin Foley said on Wednesday.

“It will all depend on the conditions at the time – and the sooner Victorians get double-dosed for the vaccine that’s available now, very freely, is the sooner that the chief health officer will be able to consider that.”

Mr Foley also announced that Mitchell shire, to Melbourne’s north, would emerge from lockdown at midnight on Wednesday.

“The Mitchell shire vaccination rates have really taken off over the last few weeks, and that’s an outstanding effort by those communities,” he said.

Elsewhere, the Royal Children’s Hospital in Melbourne is dealing with a COVID scare in its newborn intensive care unit.

Hospital chief executive Bernadette McDonald said a parent visited the unit on Thursday and Friday last week and returned a positive result on Monday. The hospital was notified that night.

There were 29 babies in the unit at the time and no transmission to the babies has yet been found.

The hospital will introduce rapid antigen testing for visitors, following a trial at the Royal Melbourne Hospital.

“It is a very challenging circumstances to find the balance between allowing mums and dads to come and see their children and spend time with their children … and trying to manage to keep everyone – families, staff, patients – safe from COVID-19 and the rising numbers of COVID positive people in the community,” Ms McDonald said on on Wednesday.

The hospital’s cancer ward was exposed to the virus at the beginning of this month. It came after a patient’s parent tested positive for the virus after visiting over at least four days.

The number of Victorians in hospital with COVID-19 continues to rise. Some 705 people are in care, with 146 in intensive care.

NSW on brink of more freedoms

NSW has another 444 local virus cases and four more deaths, as Premier Dominic Perrottet flags the return of even more freedoms to millions of people next week.

Mr Perrottet said dealing with the pandemic was “one, two and three” on his to do list.

“That is the sole focus of the government,” he said on Wednesday.

“We need to get through this as well as we can. We’re going to lead the nation out of this pandemic here in NSW, and there’s so many things to do in that space.”

Wednesday’s 444 new infections was up from the low of 360 reported on Tuesday. With the latest fatalities, the toll from NSW’s Delta outbreak has risen to 448.

The state is rapidly approaching its next vaccination milestone, just three days into the reopening triggered on Monday after 70 per cent of eligible residents got both jabs.

With vaccinations continuing to surge, NSW is forecast to reach the 80 per cent fully vaccinated milestone by Sunday. That would set the stage for the next phase in the state’s reopening next week.

Canberra has recorded one of its highest days of COVID cases, with 51 infections on Wednesday, just days before the ACT lockdown ends.

The figures come ahead of an ACT health authorities’ announcement later on Wednesday about how contact tracing measures will change when restrictions ease.

Of the 51 cases, 32 were linked to known infections, with 19 of those being confirmed as household contacts.

There were 13 cases that were in quarantine for all of their infectious period, while 22 were assessed as being a transmission risk to others.

Health authorities say there are 16 people with the virus in ACT hospitals. Of those, eight are in intensive care and five are on ventilators.

Despite the case jump, the ACT’s lockdown will end as scheduled on Friday.

Speak to the dead: Amazon Alexa to use the voice of your lost loved ones
Former Somyurek staffer to front inquiry
Today's Stories