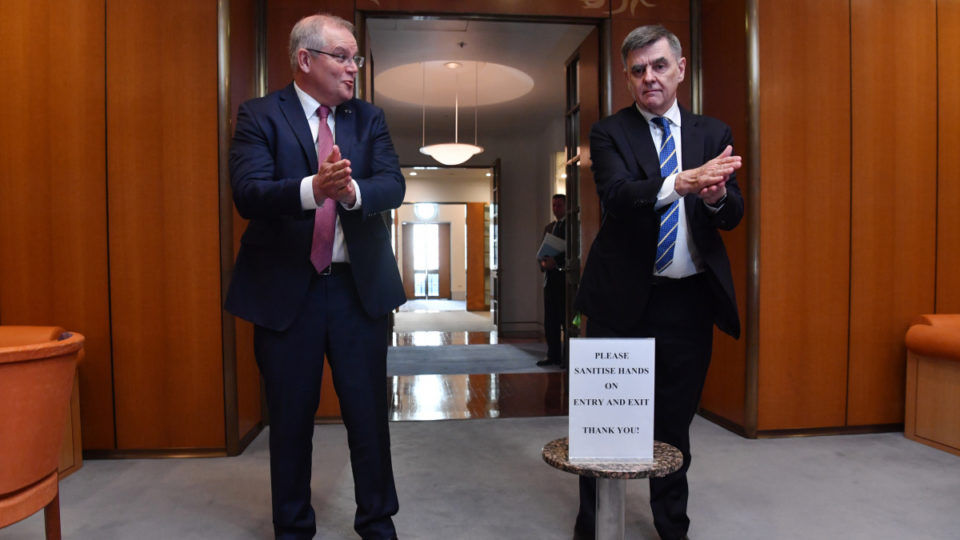 The national vaccine rollout was always going to depend on how quickly Australia's local production of the AstraZeneca vaccine could ramp up. Photo: Getty

The head of the Health Department has outlined some of the reasons why Australia’s local production of the AstraZeneca vaccine has not hit its original goal of a million doses a week.

In September 2020, the government signed a deal for 3.8 million doses of the vaccine to be shipped from Europe, with a further 50 million doses to be made locally during 2021 by CSL.

The government says so far only 700,000 doses of the vaccine have been delivered, leaving 3.1 million outstanding.

The original goal set out by CSL and the government was to start producing a million doses a week by the end of March.

They fell short of that in the first week, with about 830,000 locally produced.

On Wednesday, Health Department secretary Health Brendan Murphy said there were a couple of reasons why CSL was yet to hit the million doses mark.

“The way that they want to achieve that is by a) improving the time taken for the batch release process to get that streamlined so it doesn’t have to go to several international clearance processes.

“And b) they are working extremely hard on optimising the fill and finish line – the process that fills up the vials.

“They believe that there is significant improvement that they can do with that.”

Professor Murphy said while he could not give an exact date, CSL was “committed to regularly achieve over a million doses a week” in the coming weeks.

The former chief health officer was speaking alongside the Prime Minister, who called a press conference to address comments made by the European Union overnight.

The chief spokesman for the European Commission – the EU’s executive branch – denied it had blocked exports of the outstanding 3.1 million vaccine doses to Australia.

Eric Mamer told a press conference on Tuesday (local time) that the only vaccine export authorisation request that had been denied to Australia was 250,000 doses from Italy.

Scott Morrison denied accusing the EU of blocking the vaccines, saying he had said only that the 3.1 million doses Australia ordered had not arrived.

“I am pleased to hear that the European Union overnight has indicated that they are not seeking to restrict these vaccines to Australia,” he said.

“I’ll be very pleased, as will [Health Minister Greg Hunt] to write again, in parallel with AstraZeneca, to seek the export licences for the full amount of the doses.”

Mr Morrison said if the doses were released, the first million would be directed to Papua New Guinea to help with local outbreaks.

Both the Prime Minister and Professor Murphy defended the speed of Australia’s vaccine rollout, with Mr Morrison saying the missing 3.1 million doses was largely to blame.

“That obviously had a very significant impact on the early rollout of the vaccination program.”

They said supply issues had had obvious impacts, but the rollout was in progress and there were no vaccine doses “sitting in the cupboard” with all either being rolled out or stored for second doses.

Mr Hunt said about 3000 general medical practices, Commonwealth respiratory clinics and Aboriginal community-controlled health organisations would have joined the national vaccination program by the end of the week. He expected the country to top a million doses soon.

“It will depend on, post-Easter, just the rate of which people are returning in practices and some of the larger vaccination clinics are scaling up,” Mr Hunt said.

“We’ll reach that mark and then we’ll just continue to roll the vaccines out and as we move over the course of the coming weeks to more than 4000 practices, what we’ll see is that continued acceleration.”