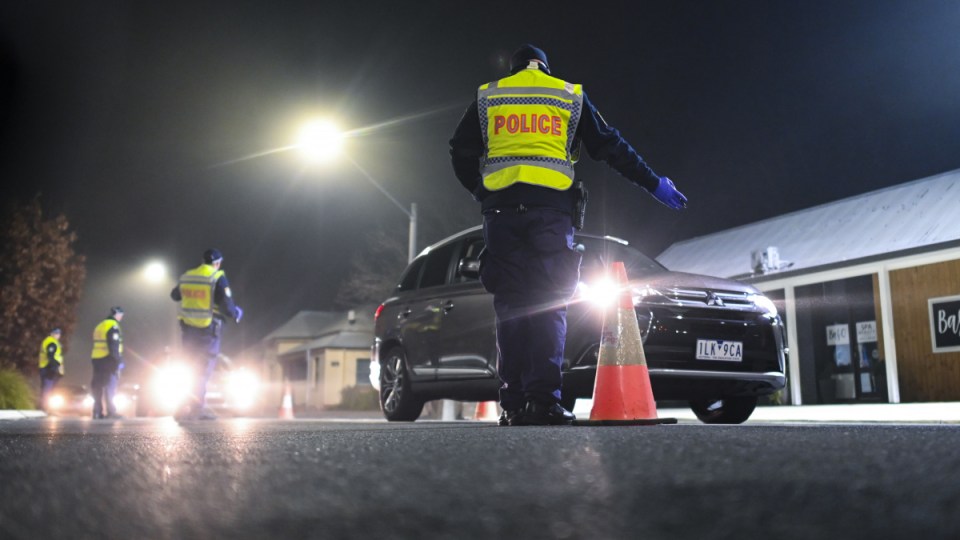 Border checkpoints have become impassable obstacles for some. Photo: AAP

Victoria will introduce a permit system for all people travelling into the state from NSW.

It comes as authorities advise Victorians not to travel to Sydney amid the growing Northern Beaches COVID cluster as “conditions are expected to deteriorate”.

“We are very strongly advising all Victorians not to travel to Sydney,” state Health Minister Martin Foley said on Friday.

“The situation in NSW and Sydney is rapidly evolving.”

Other states and territories, including Western Australia, Queensland and the ACT, have also advised their residents not to visit Sydney.

By Friday morning, the COVID cluster spreading across Sydney’s Northern Beaches had risen to 28 infections – including one woman who flew to Queensland and then road-tripped home to the Avalon area.

NSW Health has imposed a quasi-lockdown on the area’s 250,000 residents, urging them to stay at home unless they absolutely have to leave. It has also warned that more cases are likely before the outbreak is under control.

From midnight Friday, Victoria will ban anyone who has been in a coronavirus hotspot – particularly the Northern Beaches – from entry.

The permit system that will come into effect at the same time will operate under a “traffic light” system. Hotspots (such as the Northern Beaches) will be considered “red zones”, with those from such areas denied entry to Victoria.

Anyone who does arrive in the state from a hotspot after midnight Friday will be ordered into hotel quarantine.

The Greater Sydney area is being classified as an “orange zone”, and residents are being encouraged to get tested regardless of symptoms and to self-isolate until they receive a result.

The rest of NSW has been classified as a “green zone”.

Victorian health authorities also require anyone who has travelled into the state from one of the NSW hotspots to get tested and self-quarantine for 14 days from the date they were last in a red zone.

Mr Foley said Victoria was working closely with NSW as it tackled the Northern Beaches outbreak, and would continue to do so. But he was unrepentant about reintroducing border controls between Australia’s two most populous states.

“Victorians have worked really hard to get to the position of 49 days community transmission free of this virus,” he said.

“We’re not going to put that at risk. We’ll take all the steps that the evidence tells us to the protect that.”

To manage the system, there will be checks at Melbourne airport, as well as regional airports at Albury, Mildura, Bendigo and Avalon. At land borders, Victoria Police will also begin roving patrols from midnight Friday.

Victoria posted its 49th consecutive day without community virus cases on Friday. It had one more infection in a returned traveller in hotel quarantine, and has a total of eight active infections.

Victoria moves swiftly to bring in permits for NSW travellers