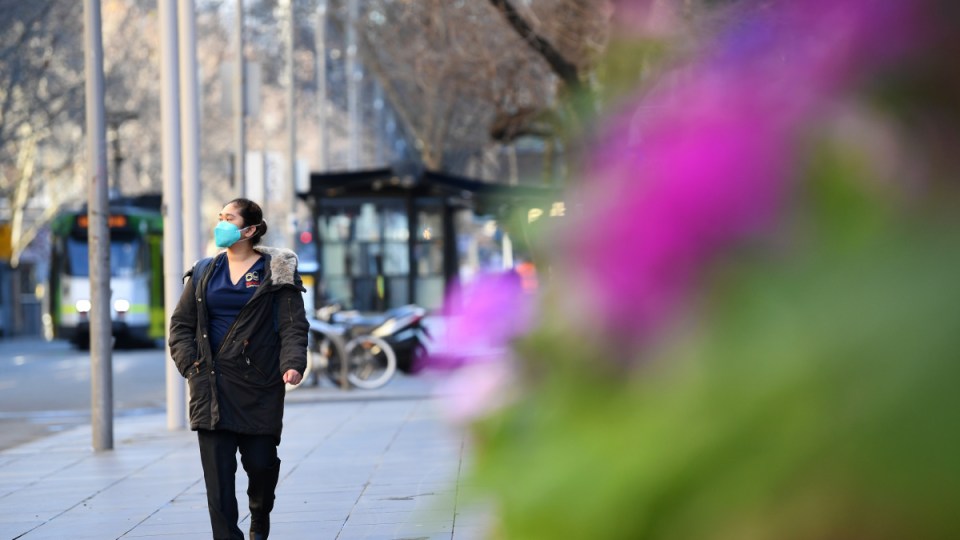 Premier Daniel Andrews says some virus restrictions will remain in Victoria for many months. Photo: AAP

Victoria faces coronavirus restrictions well into 2021, Premier Daniel Andrews has warned as the state’s infections spiked above 100 on Thursday.

The daily tally of 113 new cases ended a recent string of days with double-digit infections.

“The aim here … is to ease out of this Stage 4 in a steady and safe way and find a COVID normal, which will take some time,” Mr Andrews said.

“It is not something that occurs from September 14, it is not an instant thing that we can simply move to, essentially, a normal. We have defined a COVID normal and locked it out in the aim of those settings remaining in place for 2021 – or indeed until we receive a vaccine.”

But the Premier also poured cold water on reports of a leaked draft that appeared to reveal many of the toughest Melbourne lockdown and regional Victoria Stage 3 restrictions would remain beyond the scheduled September 13 end date.

“Sunday is the day the government will announce our road map, both for metropolitan Melbourne and different settings for regional Victoria,” he said.

“The documents that have been the subject of a lot of interest over these past few hours are out of date and have no status.”

The leaked draft showed only small concessions were likely for metropolitan Melbourne and regional Victoria after September 13.

They appeared to show that the city’s daily curfew and strict limits on businesses and how far people can travel would be extended until September 28.

A government spokesman had earlier said the leaked document was an “out of date draft”.

Mr Andrews is due to reveal his government’s plans for Melbourne and country Victoria after the Stage 3 and 4 measures end on September 13.

“We will, on Sunday, give people a clear road map with as much detail and as much certainty as we can possibly provide,” he said.

But he said the plan “won’t be guided simply by dates on the calendar, … it will be guided by the science and the data”.

“I know everyone wants to open up tomorrow, I understand that,” he said.

“There is no question about the difficulty these settings, that these rules, are causing. But at the same time, my sense of it is Victorians who have given so much, they want what they have given to count for something.”

Thursday’s fatalities bring the state’s death toll from the pandemic to 591 and the national toll to 678.

It has grown to 52 confirmed infections.

The other cases include three locally acquired – two in south-western Sydney and the other in Parkes, for which the source is yet to be identified.

Of the remainder, one is linked to a previously reported case in south-eastern Sydney whose source is being investigated, while the other three are returned travellers in hotel quarantine.

One case is a contact of a previously reported infection in a student at St Paul’s Catholic College, Greystanes, and a new case at Girraween Public School, bringing the total linked to the schools to 12.

In Queensland, there were two new virus infections, including one in a staff member at Carinity’s Karinya Place aged care home, west of Brisbane.

The worker in their 30s was one of two new cases for the Sunshine State on Thursday. They are linked to one another.

Queensland’s Chief Health Officer Dr Jeanette Young said the new cases were likely connected to a cluster in the state’s south-east, centred on the Corrective Services Academy at Wacol, south of Brisbane.

“We’re starting to see two weeks into this cluster that we’ve got control.”

Months of virus restrictions ahead for Victorians, Premier warns