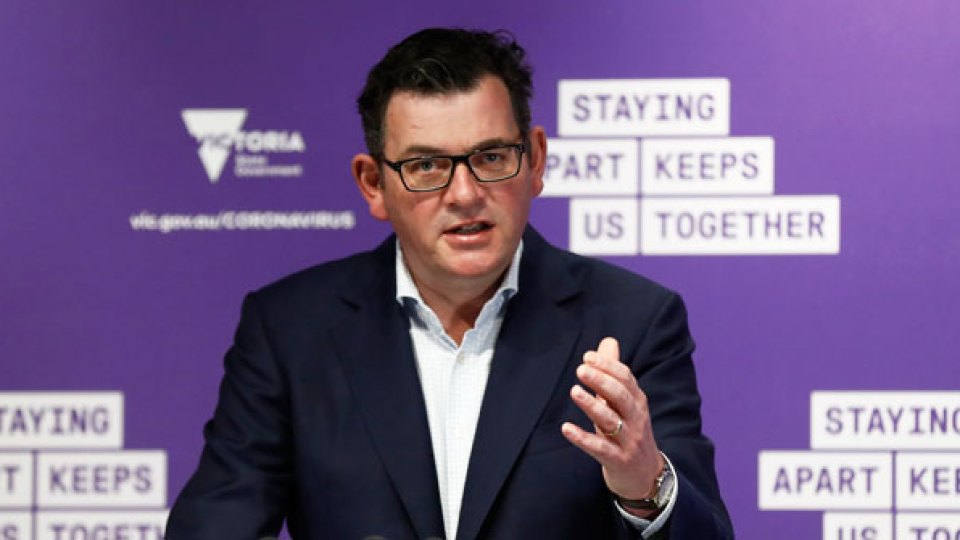 Victoria is expected to make announcement on new measures on Sunday. Photo: AAP

Much of Victoria could be placed in hard lockdown as Australia’s key decision-making committee for health emergencies analyses the state’s coronavirus data and response.

Queensland Authorities meanwhile have identified almost 2000 people who may have come into contact with two women who lied about visiting Melbourne on their return to the state.

The Australian fears come as the World Health Organisation announced there were 292,527 new COVID-19 cases reported in the previous 24 hours, setting a new record for global infections.

The infections bring the total number of cases reported to WHO from around the globe to 17,106,007.

Victorian Chief Health Officer Brett Sutton on Friday said the AHPPC faced “impossible decisions” that could see the closure of all non-essential businesses, tougher restrictions on high-risk workplaces and more stringent blocks on movement throughout the state.

Victoria recorded 627 new infections on Friday with eight deaths. The shocking numbers were second only to Thursday’s 723 cases and 13 deaths.

The deaths take the state toll to 112 and the national figure to 197.

Just as troubling, door-knocking of confirmed coronavirus cases found almost one in four were not at home.

Authorities are considering a New Zealand-style, stage-four lockdown for six weeks that would see the mandatory closure of department stores, the banning of takeaway and food delivery, blocking construction and closing schools.

“There are really significant consequences in what you do in terms of increased restrictions, it has to be focused on the data,” Mr Sutton said.

“It may be the case that an intervention in a certain area will make a difference. It may also be the case that we look at restrictions in an area that are not a driver of transmission and that would be an unfortunate impost and unfortunate consequences for every one who might be involved there,” he added.

Queensland contract tracers have identified close to 2000 people who might have been exposed to the virus by two women who spent eight days mingling in Brisbane while infectious.

Olivia Muranga, 19, and Diana Lasu, 21 face a maximum of five years jail and fines of up to $13,345 after allegedly lying to health officials to avoid mandatory quarantine on their return to Queensland from Melbourne and Sydney.

The state is bracing for a possible outbreak after the pair visited schools, shops, restaurants, and a medical centre in Brisbane while infectious.

Queensland Chief Health Officer Jeannette Young said authorities would have a better idea about the size of the cluster as the results of increased testing were revealed in the coming days.

“We have excellent police who have done a really good job all through this,” Dr Young said.

“We know police are very good at interviewing people who don’t necessarily want to tell the truth and we’ve checked that with supporting information from other travel companions so we’re pretty comfortable.

NSW grocery chain Harris Farm Markets on Friday night said a customer who tested positive for COVID-19 had visited its Leichhardt store between 3pm and 3.30pm on July 26.

The chain warned anyone who visited the store during that time and felt unwell to get tested for COVID-19.

“NSW Health has confirmed the risk of infection to customers and our team is low due to the nature of the customer’s visit,” a statement from Harris Farm’s Co-CEOs Tristan, Luke, and Angus Harris read.

“We have also undertaken a deep clean of the store for additional peace of mind.

In Western Australia, Premier Mark McGowan is equally scathing of some residents in hotel quarantine.

“For those people who are coming back from overseas, who don’t want to go into quarantine and don’t want to have to pay for it, well there’s a choice – they don’t have to come back,” Mr McGowan said.

A woman in her 30s who returned from South Africa and is in quarantine has become the latest person diagnosed with coronavirus in WA, taking the state’s total to 666.

WA now has seven active cases, including five locals, one from overseas and one from interstate.

British Prime Minister Boris Johnson has postponed a planned easing of the coronavirus lockdown after a rise in infections amplified fears of a second COVID-19 surge.

Mr Johnson announced that casinos, bowling alleys and skating rinks would remain shut while wedding receptions would have to be cancelled.

“We’re now seeing a warning light on the dashboard,” he told reporters at an online news conference from Downing Street on Friday when asked about a second surge in the virus which has killed more than 55,000 people in the United Kingdom.

The abrupt halt to the unwind and the imposition of stricter restrictions on more than four million people represent the biggest reversal to date in Britain’s path out of lockdown.

If all these grim tidings prompt thoughts of getting away from it all, well there’s a glimmer of hope – but just a glimmer.

Bali has rolled out the red carpet for visitors, but so far only to arrivals from other parts of Indonesia after a four-month lockdown to curb the spread of the novel coronavirus.

The first visitors were greeted with flower garlands at Bali’s international airport in a ceremony on Friday attended by deputy governor Tjokorda Oka Ardhana and other officials.

“With strict health protocols in place, visitors to Bali will feel safe,” Ardhana was quoted as saying by Bali Tribune, referring to requirements to wear masks and other precautionary measures.

Foreigners will be allowed to visit Bali from September 11.