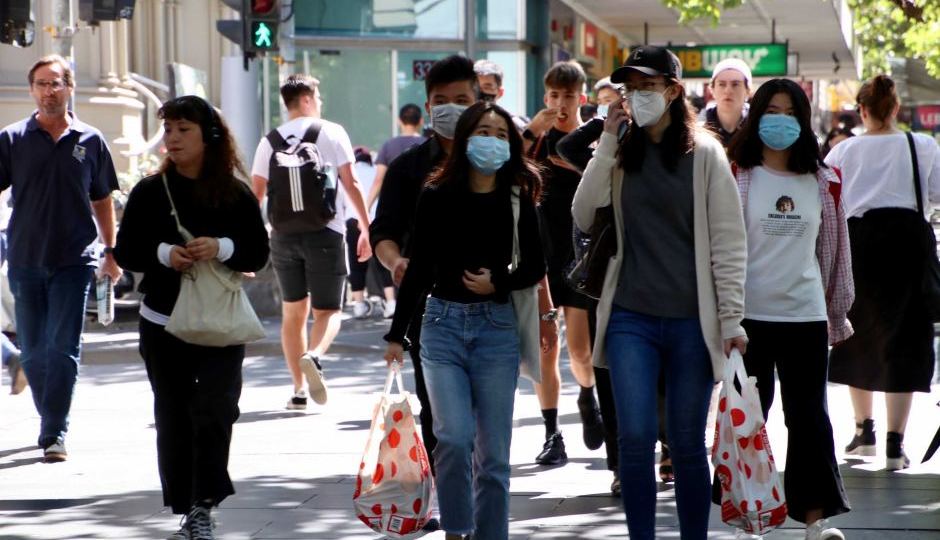 Social distancing measures will be the new norm in the months ahead. Photo: ABC News/Ron Ekkel

But it also shows how quickly the virus would begin spreading if physical distancing restrictions were lifted.

The modelling suggests that currently every 10 people infected with the virus will infect just five others.

But without physical distancing and other control measures, those same 10 people would infect 25 others.

Epidemiologists from various research centres, including Melbourne’s Doherty Institute, have worked to calculate the virus’s “effective reproduction number” – that is, the average number of people who catch the virus from one infected person.

They said all of their methods of analysis showed Australia had achieved an effective reproduction number below one – which meant the epidemic was in decline.

“That’s great, because it shows the public health measures that have been in place have been very effective in limiting the spread of this disease,” the institute’s director of epidemiology, Jodie McVernon, said.

“But it doesn’t let us be complacent – the virus hasn’t changed, it still has the same characteristics.”

According to the modelling, if the current control measures remained indefinitely and no imported clusters or localised cases emerged, the virus could be eliminated in Australia completely.

However, that would be dependent on people continuing to comply with physical distancing restrictions at the same level they have been – and the modelling cannot account for unpredictable human behaviour.

“For these measures to continue to have the same effectiveness over time, that human behaviour needs to be applied at the same level over time.” 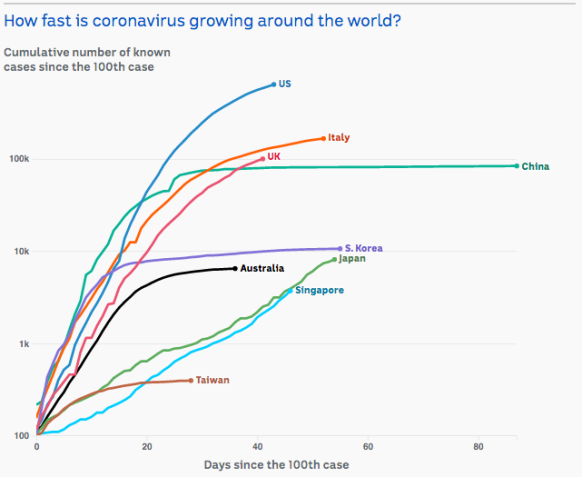 ‘Surveillance testing’ on the way

Federal and state authorities are working to broaden Australia’s coronavirus testing regime, and Prime Minister Scott Morrison has flagged the introduction of a “surveillance testing network”.

Mr Morrison said Australia’s testing regime had proven to be one of the world’s most effective, but needed to be expanded.

Asked if that meant people might get phone calls to say “your neighbourhood has an outbreak so you need to come in for a test”, Mr Morrison said: “Quite possibly.”

“It’s out there trying to see where the virus has moved, where you may not even have an indication that there is a particular risk.”

The latest modelling suggests 93 per cent of symptomatic cases of COVID-19 are being detected in Australia – but the great fear is that many people may have the virus but not know it, because they feel well.

Other cases could be going undetected because people did not want to get tested and be ordered into isolation, Professor McVernon said.

“We would love to know what that proportion [of undetected cases] is – we anticipate that it’s probably, across the board, quite high,” she said.

“Estimates internationally say it could be as high as 40-60 per cent.

“We do know that children and younger people are much more likely to have no or mild symptoms than older people.”

The World Health Organisation is tracking people living in the same house as COVID-19 patients to identify those who might have the virus without any symptoms.

‘There has to be a strategy’

Professor McVernon said sentinel testing was becoming more important as the obvious groups to target for testing started to diminish – such as people returning from overseas or disembarking from cruise ships.

“It’s just not efficient to go down the street and test every second person, so there has to be a strategy … that maximises your chances of picking up people who are likely to be positive.”

Authorities will look at testing groups such as healthcare workers and people living in outbreak hotspots.

“Healthcare workers come into contact with people all the time and lots of those people are likely to be sick,” Professor McVernon said.

Localised testing could also be ramped up in geographical hotspots, to find people who might have the virus and may not have obvious symptoms.