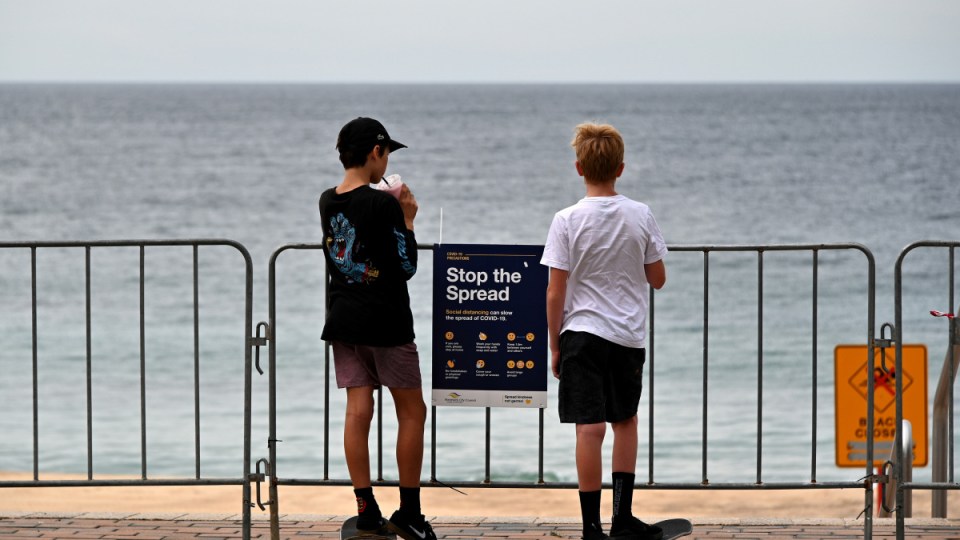 The national cabinet has agreed that coronavirus restrictions will remain for at least another four weeks. Photo: Getty

Prime Minister Scott Morrison has outlined Australia’s “road out” of coronavirus lockdowns – and given the first official hint of a timeline for relaxing restrictions.

Speaking in Canberra after a meeting of the national cabinet on Thursday, Mr Morrison said broader testing for the virus, better tracing of infected people’s contacts, and effective responses to shutting down local outbreaks were key to easing restrictions.

The national cabinet has agreed to spend the next four weeks focusing on those issues.

“Baseline restrictions” on movement, businesses and social-distancing for individuals will remain at least until then.

“We still have a difficult road ahead of us at this point, despite the successes that Australians have achieved,” Mr Morrison said.

“The more we keep it under control, the more we all enlist in the sorts of things we need to do to help those who are tracing the virus and identifying it and reacting to it if there are outbreaks, the more we might be able to at some point turn to easing those restrictions.”

But he said the health crisis might last up to six months – and warned of a “sobering” economic reality on the other side.

Key to better tracing is a mobile phone app that would trace Australians’ movements.

The government believes at least 40 per cent of Australians will need to use it for it to be effective.

It is believed to be about a fortnight from being released.

“The privacy issues are being worked through very thoroughly,” Mr Morrison said.

“But the more people we have who take that up, when we are in a position to launch it, the better data we will have and the more able we are to be able to get down that road.”

Mr Morrison’s announcement came after another day of positive infection numbers for Australia.

Most new cases are still from returning overseas travellers.

Australia’s coronavirus death toll remained at 63, although there are 42 patients on ventilators in the country’s hospitals.

Schools still remain problematic, with the two most populous states split on their approach to whether students should attend or not.

Victoria is sticking with its plan for remote learning during term two, while NSW Premier Gladys Berejiklian has said she wants more “face-to-face contact for students” from mid-May.

Mr Morrison reiterated the official advice that schools are safe for children. More protection was needed for teachers, he said.

“Teachers are more at risk in the staffroom than they are in the classroom when it comes to how the health advice plays out,” he said.

“That means that we need to have proper arrangements in place for teachers, and other staff in schools obviously, to protect their work environment.”

He also said life after the coronavirus crisis would be “a different world”.

“Any sense of business as usual when it comes to the policy framework we had at the election will need to be reconsidered on the other side,” he said.

Professor Murphy said clusters of community transmission of COVID-19 remained of most concern to authorities.

“If we relax the distancing measures that are stopping or reducing that community transmission, that will inevitably lead to some more outbreaks,” he said.

“We can’t afford to do relaxation until we have a public health system that is so finely tuned that it can detect and respond to any outbreak.”

Coronavirus restrictions to remain for at least a month: Scott Morrison