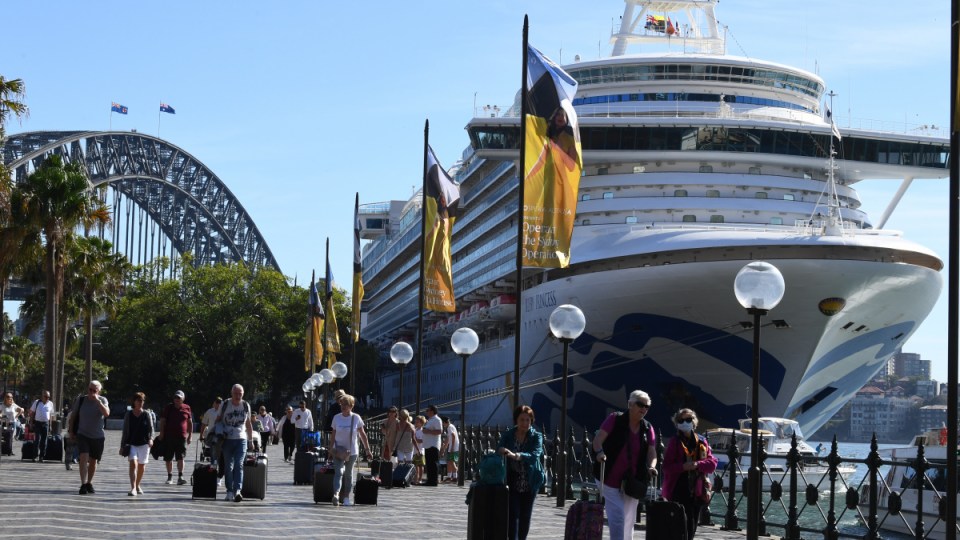 The Ruby Princess docked in Sydney on March 19 – and thousands of passengers disembarked without coronavirus test results. Photo: AAP

The Ruby Princess cruise ship will be the subject of a special commission of inquiry, as well as a criminal investigation.

The barrister will be given “extraordinary powers” to investigate all matters and agencies involved with the Ruby Princess’ departure and its return to Circular Quay on March 19.

On that day, 2700 passengers were allowed to disembark despite some showing symptoms of, and being swabbed for, coronavirus.

Their test results had not yet been received when the passengers were allowed off the boat.

State and federal health and border protection agencies, as well as the ship’s management company, have been locked in a slanging match as to who is responsible for the debacle.

Eighteen passengers have died and hundreds of cases have been connected to the ship, including some who were infected by passengers in the community.

The inquiry will be expected to report back to the Premier in three to four months, while the concurrent NSW Police criminal investigation will not conclude for another five months.

“It is important that answers are provided quickly for the people of NSW,” Ms Berejiklian said.

“I have decided that the quickest path to answers is through a powerful and independent inquiry.”

The Ruby Princess docked at Port Kembla a week ago and a private health company, Aspen Medical, was in charge of assessing care on the ship.

At least 128 crew on board have also tested positive to COVID-19.

There have been numerous evacuations of crew from the ship requiring emergency care in hospital.

Police suggested the starting point of the investigation was assessing whether the Ruby Princess and its operator, Carnival Cruises, were honest about the illness onboard.

It is unclear whether public hearings will be held as part of the special commission of inquiry.