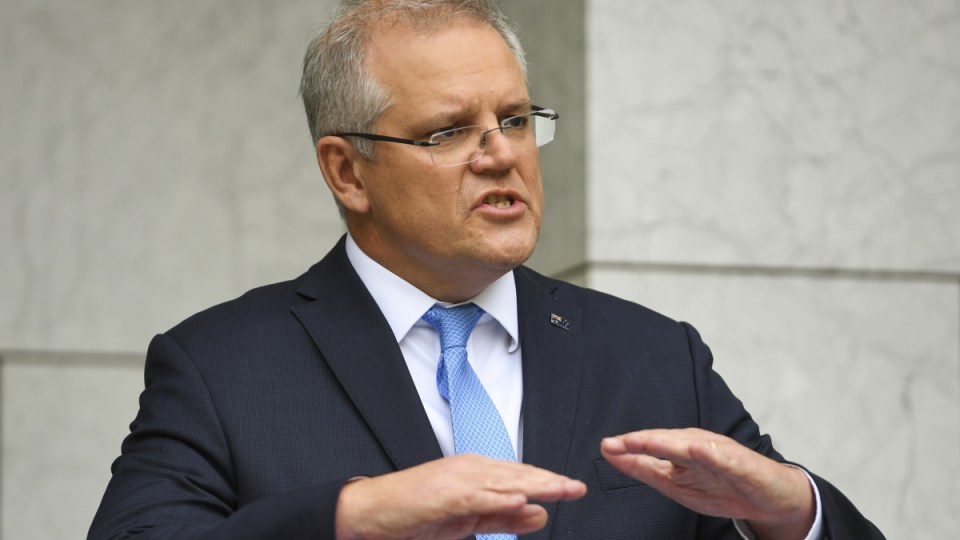 Australia is moving to the “suppression phase” in its fight against the deadly coronavirus pandemic, Prime Minister Scott Morrison says.

He hailed the country’s “promising” trajectory of confirmed cases – which hit 5274 on Friday afternoon.

“Had the virus kept growing at the same rate it was 12 days ago, we would now have more than 10,500 cases in this country,” Mr Morrison said after a national cabinet meeting in Canberra on Friday.

He said the lower-than-forecast numbers were a tribute to Australians’ support of social distancing and other strict regulations imposed by state and territory governments.

Also on Friday, Victorian Premier Daniel Andrews announced the formation of a state “crisis council” to fight the pandemic.

“These are not ordinary times and business as usual will not get the job done,” he said.

“This is an unprecedented crisis, something none of us have experienced in our lifetime, so today we have established, and the
governor has sworn in, a crisis council of cabinet.”

The council is made up of Mr Andrews and seven Victorian cabinet ministers. They will coordinated the government response to the virus “to make sure we are nimble, agile”.

“Business as usual will not get this done. Government has to change, public service has to change and that is exactly what we are seeing from this swearing-in today,” Mr Andrews said.

Also on Friday, Australia’s toll from COVID-19 rose to 28 with four deaths: A man and woman in NSW, another man in Victoria, and a foreign tourist from the Artania cruise ship who died in Perth.

The number of confirmed coronavirus cases around the world topped 1 million on Friday. But chief medical officer Brendan Murphy said the real total could be up to 10 million – with the difference reflecting the gaps some countries’ ability to test for the virus.

“The only numbers I have total faith in are the Australian numbers, frankly, because we have the highest testing rate in the world,” he said.

“But those numbers are reducing. We still have cruise ship people to come home. We still have a lot of issues with people who have contracted the virus from overseas. But we are in control of those issues,” he said.

Of greatest concern were clusters of community transmission of the virus – more than 300 in Sydney, about 60 cases in Melbourne and 30 in Brisbane. 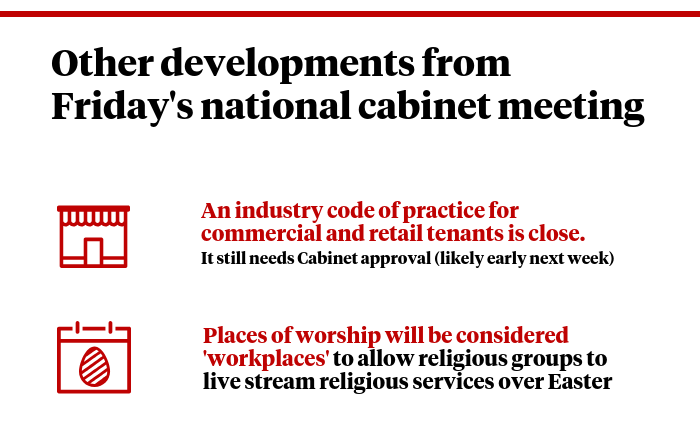 Mr Morrison also warned there was no guarantee the trend towards a slower increase in infections would continue.

“Patience must become the virtue of Australians over the next six months, at the very least,” he said.

“It could be longer. We pray it’s shorter.

“But there are no guarantees, I want to express. This virus writes its own rules.”

It came as Queensland Premier Annastacia Palaszczuk warned the state was months away from a peak in COVID-19 infections.

“We haven’t even started to climb the curve. We are about two or three weeks behind NSW and the peak could be in July, August, September,” she told ABC radio on Friday.

“We will continue to see increases of cases.”

Ms Palaszczuk said the timing of Queensland’s peak would depend largely on infection suppression efforts, including social isolation and the border shutdown.

Elsewhere, Victorians were urged to aim for a quiet time at home during the state’s first weekend in full stage-three lockdowns.

“Hang up your rods, leave the tinnie in the driveway, and clean your clubs at home,” Professor Sutton said on Thursday .

“No round of golf or gym session with your mate is worth that cost.”

Urging Victorians to stop looking for loopholes in the coronavirus restrictions, Professor Sutton advised people to stay home and save lives.

“These restrictions are tough, but they are there for a reason. If we don’t do this, Victorians will die,” he said.

Exercise is still considered one of the four reasons why leaving home is allowed, along with buying food and supplies, medical care or working and studying.