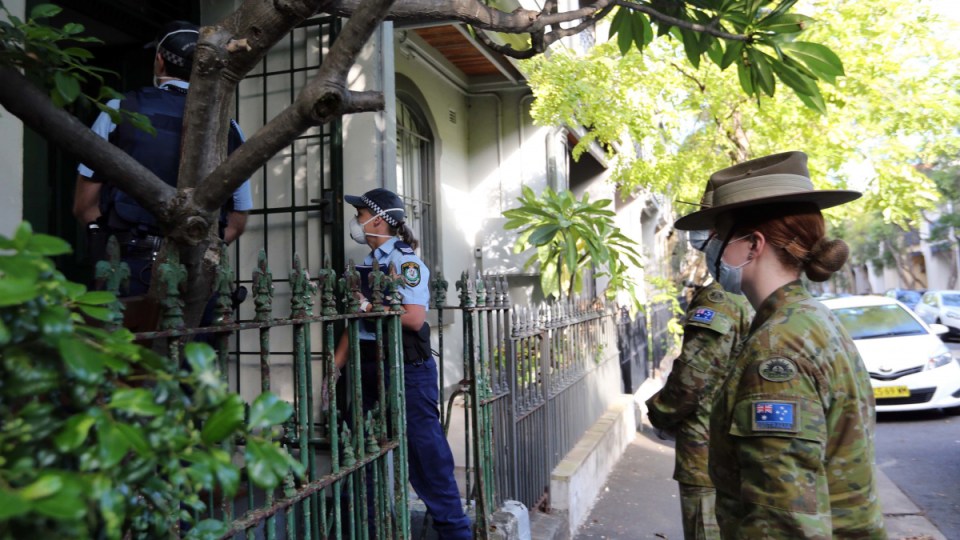 Mick Fuller said the coronavirus laws, which ban gatherings of more than two people and prevent people from leaving their homes without a “reasonable excuse”, had a lifetime of 90 days.

He said he wouldn’t seek an extension to the new powers for police after that.

“I certainly won’t be seeking an extension, people will have gotten the message by then, hopefully,” he said on Thursday.

The laws came into effect on Tuesday, which means they will last until June 29. They are designed to help slow the spread of the deadly coronavirus outbreak.

Revelation of the end date came after NSW Police were accused of overzealous enforcement of the regulations. There have been reports of people being moved on from sun-baking in Sydney parks, and gym-goers being fined or warned in the city’s south.

But police say they have also been spat on and abused while dealing with NSW residents at parks and beaches.

Mr Fuller said he would “personally” review all fines issued in relation to the stringent regulations.

“If I think it’s unreasonable, it will be withdrawn immediately and we’ll make personal contact with the individual,” Mr Fuller said.

“I get it, and we want people to be able to stay fit and physically and psychologically healthy,” he said.

“But, of course, if I said it’s OK to sit on a park bench, then everyone is going to go to the park. And we’re going to end up back where we started.”

More than 40 coronavirus patients are in intensive care in NSW with 20 requiring ventilators.

There are more than 450 infections linked to cruise ships, including 340 cases from the Ruby Princess and 74 from the Ovation of the Seas.

A pop-up COVID-19 testing clinic has been set up in Bondi to help reduce the virus’ spread after clusters developed within Sydney’s backpacker community.

NSW Health said more than 115 people were tested within the first few hours of its opening on Wednesday.

There were 116 new coronavirus infections in NSW in the 24 hours to 8pm Wednesday, bringing the state’s total to 2298.

Other confirmed coronavirus cases in NSW include a teacher at Kambala School in Sydney’s eastern suburbs, another teacher at Wylie Park Girls High School in the southwest and a student at St Mary’s Senior High School in western Sydney.

All three schools have been closed on Thursday.

NSW has Australia’s toughest coronavirus restrictions, with police having the power to deliver on-the-spot fines of $1000 to individuals who breach those rules.

The maximum penalty that can be given by a court is $11,000 and six months in jail.

Under the laws, the only legal reasons for people to leave home are to work, study, shop for food or other essential items, access medical care or exercise alone or with one other person.

There was also some early confusion about whether the laws barred people from seeing partners they did not live with. Mr Fuller gave that the tick of approval, declaring it allowable under mental health provisions.

But the Victorian government initially said no, only for its chief health officer to reverse the ban late on Wednesday.

Mr Fuller said NSW Police had issued three tickets in relation to breaches of coronavirus restrictions in the 24 hours to Thursday morning.

“The acceleration of cases in NSW isn’t growing, which is a good thing,” she said on Thursday.

“We know that we’re having some level of success in reducing the spread. But we have to maintain our vigilance. We are at a very critical phase.”

Ms Berejiklian hopes further rules won’t have to be put in place if everyone does the right thing and authorities manage to control the spread.

NSW Planning Minister Rob Stokes says the government will relax rules to help struggling companies in sectors such as hospitality and construction during the COVID-19 pandemic.

Construction sites will be able to operate on weekends and public holidays to help workers more easily achieve social distancing.

“It’ll also help boost productivity in a crucial part of our economy,” he told reporters alongside the premier.

So-called “dark kitchens” – which cook meals solely for delivery rather than eat-in diners – will also be granted unrestricted operation and take-away food vans will be able to operate from any land in NSW with the land owner’s consent.