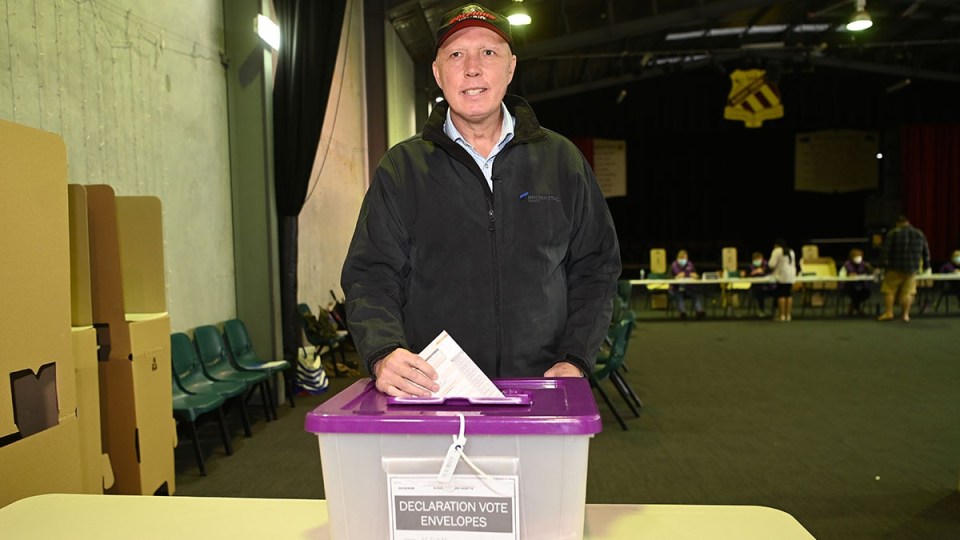 The unequivocal message voters sent the Coalition at the election is completely lost on new Opposition Leader Peter Dutton, leading to confused and extremely negative performances in the media.

By any measure the electorate was looking for serious policy action to address the existential threat of climate change already affecting Australia just as severely as elsewhere on the planet.

And yet in his first appearance on ABC TV’s Insiders in his new role, Dutton couldn’t bring himself to endorse the government’s plan to legislate its 43 per cent emissions reduction target by 2030.

This in itself is curious, given that the Greens and more particularly the “teal” independents who took six blue-ribbon seats from the Liberals believe the target is far from what is required.

"Our view is that we will end up…with something like 35%"@PeterDutton_MP on whether he supports Labor's 43% emissions reduction target by 2030 #Insiders #auspol pic.twitter.com/IcAmdmLlCr

“How Dutton thinks he can win these seats back by sticking to policies so dramatically rejected is curious,” according to one senior Labor insider.

The Liberal leader’s explanation indicates, at the very least, he is finding it hard to come to terms with the changed new order.

In the interview he said: “I’m making it very clear to the Labor Party now that we aren’t supporting the legislation, which is the position we took to the Australian people and millions of people voted for us on that basis.”

Millions didn’t, and this dog in the manger attitude is a recipe to maintain the status quo at best.

The government doesn’t need the Parliament to put its target into law and late last week made a big display of a signing ceremony in front of business and union leaders informing the United Nations of Australia’s new goal.

The fact that the Business Council has adopted a 46 to 50 per cent target by 2030 after extensive modelling and research is still failing to prompt a Coalition rethink.

Ironically the final Senate result could set up a marriage of convenience for the Liberals to join the Greens to vote down Labor’s target.

It sets up a replay of the 2009 episode in which the Greens rejected Labor’s emissions reduction scheme because they judged it “locked in failure” while the Coalition voted it down because it was in the grip of coal champion climate deniers.

Greens leader Adam Bandt has hardened his rhetoric against Labor’s target after the Energy Security Board released a discussion paper on a “capacity mechanism”.

The proposed mechanism left the option of coal and gas-fired generators being paid to stay in production until enough firmed renewable power is in place.

Bowen says he’s not interested in a political barney in the Parliament and insists the proposal provides an underpinning to ensure the power system remains reliable “as we make the massive transformation of more renewables in the grid”.

The states appear to trust Bowen much more than his Coalition predecessor Angus Taylor when he insists the temporary mechanism is not a device to prolong the use of fossil fuels but rather a way to safely end reliance on them.

He may be right, but at the same time, would these same voters prefer to see no legislated targets delivered by an unholy alliance of the Greens, the Coalition and Pauline Hanson?

Bandt says the Greens want to be constructive and are prepared to work with Labor for better outcomes, but “so far Labor’s approach is take it or leave it”.

He says this approach has been rejected by voters, it has, but only to a point and much is yet to play out.

The fact remains Labor’s target and climate plans for renewables, the grid and electric vehicles is much more ambitious than the Coalition’s – so nothing has changed since the election.

Albanese is convinced he needs to consolidate his credibility by delivering on his election commitments rather than dramatically changing or ditching them in the first sitting of the new Parliament.

Dutton sticking by policies that were clearly rejected by a majority of voters – proportionally the Coalition’s numbers in the Parliament are the lowest in 76 years – is surely self-defeating.

In their media appearances since the election neither Dutton nor his treasury spokesman Angus Taylor have accepted any blame for the crisis precipitated by the failed energy market after their nine years in charge.

Paul Bongiorno AM is a veteran of the Canberra Press Gallery, with more than 40 years’ experience covering Australian politics