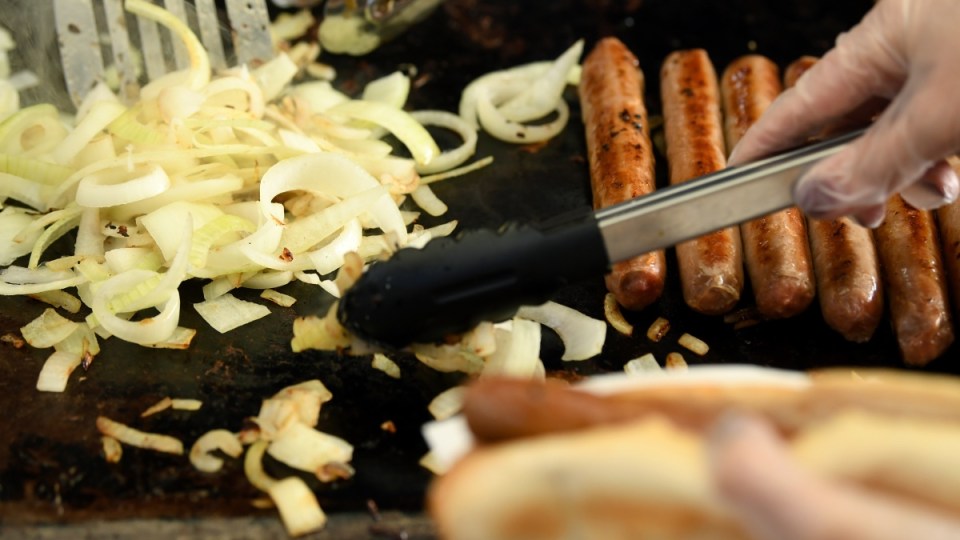 As election-day hotplates are fired up around the country, health authorities hope the occasion doesn’t deliver an outbreak of food poisoning.

A federal poll in the middle of May is unlikely to unleash heatwave conditions that attract the kinds of nasties that readily contaminate an outdoors spread or the much-celebrated Democracy Sausages.

Saturday’s temperatures are expected to climb into the low 20s in Sydney, Brisbane, Adelaide and Perth, and hover in the mid teens in Melbourne, Hobart and Canberra.

Darwin and Queensland’s far north are, of course, the exceptions, with likely tops well into the 30s.

Nonetheless, vote casting is an all-day affair and democracy barbecues and cake fundraisers are decidedly outdoor events that pose risks beyond the political, according to the experts.

It wouldn‘t be election day without a democracy sausage – find out what the food safety rules are for your election day fundraiser (and support your local school) https://t.co/JaVIGVGMVu#foodsafetyinfo #democracysausage #schoolfundraiser #Elections2022

She says every slap-up and treat stall should have a supervisor to make sure everyone follows food safety rules.

A separate person should be designated to take orders and money so the cooks can concentrate on handling the food safely.

Running water and soap need to be available wherever raw meat or poultry is being handled, and going to the toilet, face- or hair-touching, nose-blowing and leaving stalls to shake hands with election-day customers are all serious no-nos.

Never handle food for others while feeling unwell, and when transporting eats only travel a short distance and make sure they are covered and cool.

Meat cuts should be kept under 5 degrees Celsius until it is time to slap them on the barbie, and a probe thermometer should be used to check that sausages, hamburger patties and poultry are cooked to at least 75 degrees Celsius.

“If you run a cake stall, don’t include riskier ingredients such as fresh cream or raw or partially cooked eggs,” Ms Moir said.

“Make sure cakes are covered to protect them from insects and people sneezing on them.”

Fundraisers might also need to be registered with local councils.

Speak to the dead: Amazon Alexa to use the voice of your lost loved ones
Latest election news
Today's Stories

The democracy sausage in safe hands, with rules to keep food poisoning at bay