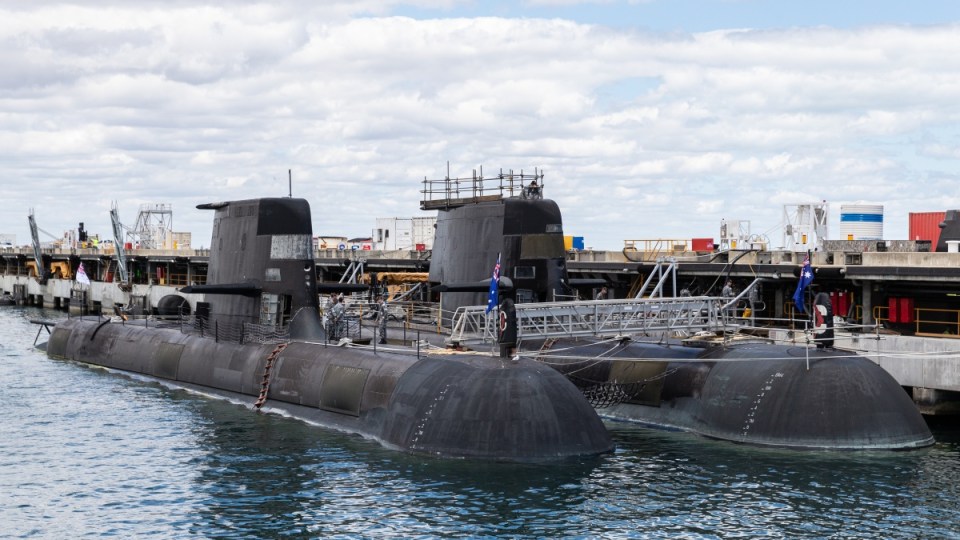 Defence officials are looking at Brisbane, Newcastle or Port Kembla for a new base for submarines. Photo: AAP

A base for Australian and visiting nuclear-powered submarines will be set up on the east coast under a plan to be announced by Prime Minister Scott Morrison.

Mr Morrison will tell a Lowy Institute forum on Monday that defence officials have been tasked with talking to the New South Wales and Queensland governments on setting up the multibillion dollar base at either Brisbane, Newcastle or Port Kembla.

Fleet Base West in Western Australia will remain home to the current Collins class and future nuclear-powered submarines, given its strategic importance on the Indian Ocean.

“(But) establishing a second submarine base on our east coast will enhance our strategic deterrent capability, with significant advantages in operational, training, personnel and industrial terms,” Mr Morrison will say.

“It would also enable the regular visiting of US and UK nuclear-powered submarines.”

With initial work to be completed by the end of 2023, the three potential sites have been chosen because of their proximity to industrial infrastructure, large population centres, deep water, maritime training and weapons storage and loading facilities.

Mr Morrison said more than $10 billion would be needed to meet the services and facilities needed for the shift from Collins to the nuclear-powered submarines.

Defence Minister Peter Dutton said on Sunday he expected a decision “within the next couple of months” on whether a British or American submarine design will be used.

Despite doubts about his plan, Mr Dutton was confident the first of the submarines could be acquired “much sooner” than 2040.

The massive project comes as Australia faces what Mr Morrison describes as its most “difficult and dangerous security environment in 80 years”.

The government is lifting defence spending to almost 2.1 per cent of GDP this year, with $578 billion planned to be spent over the next decade.

The Prime Minister will tell the forum the “unprovoked, unjust and illegal war” launched by Russia in Ukraine was a sign of a “new arc of autocracy” seeking to challenge and reset the world order.