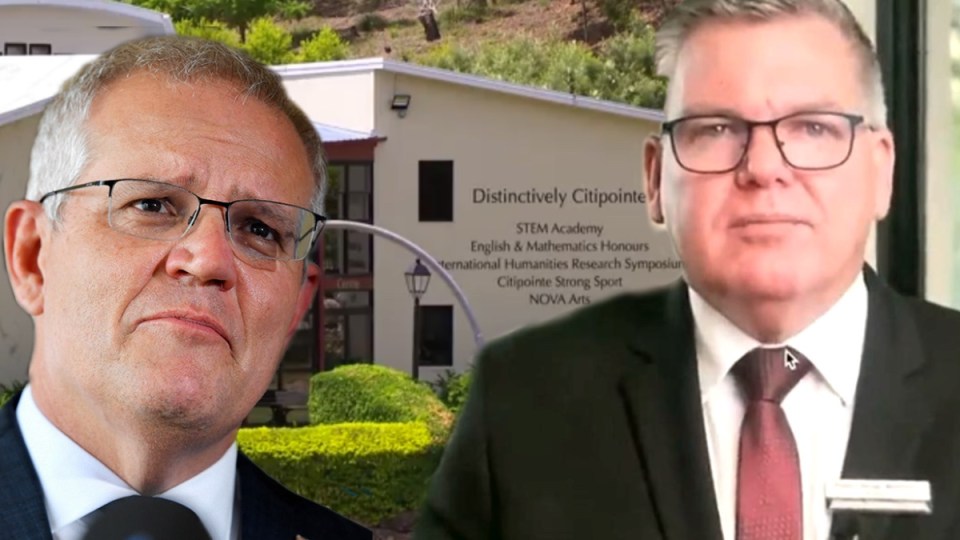 The reaction of Scott Morrison to the Citipointe contract dispute may have implications for his party’s religious discrimination bill. Photo: TND
opinion

Queensland’s controversial Citipointe Christian College might have retracted the gender and sexuality contracts it demanded of students, but it has put Prime Minister Scott Morrison firmly in the firing line.

As the Morrison government moves to enact religious discrimination laws, a school receiving millions in funding describes homosexuality as sinful – like bestiality, incest and paedophilia.

Its enrolment contract with students, which was withdrawn on Thursday after national outrage, also required students to be enrolled on the basis of gender corresponding to their ‘biological sex’.

This was the type of shenanigans that Scott Morrison has been repeatedly warned about during debate over religious freedoms and discrimination.

And despite the urging of some of his colleagues, he’s ignored the potential for this type of archaic ignorant protestations.

Finally asked about it, he flagged an amendment to protect LGBTIQ students from being expelled because of their sex or gender.

Whether that was policy on the run, as a reaction to Citipointe, or the hard work of some Liberal moderates is up for discussion – but despite raising a woolly amendment to the laws, his takedown of the Citipointe position was like being slapped with a lettuce leaf.

“I don’t support that,’’ Mr Morrison told radio. “My kids go to a Christian school here in Sydney and I wouldn’t want my school doing that either.’’

If that’s how the Prime Minister of our nation slaps down a preposterous discriminatory attack on students and parents, we shouldn’t put too much hope in any amendment his bill offers.

The college principal Pastor Brian Mulheran – who should no longer have his job nor the title ‘pastor’ – only withdrew the contract demand after resignations, enrolment cancellations, a petition signed by almost 160,000 people, and the Prime Minister’s comments.

And he used this in the withdrawal, which should continue to raise concerns: “As a college established for religious purposes, we will continue to provide an education based on our shared beliefs.”

What does that mean? Is homosexuality sinful or not? And what will students at Citipointe Christian College be taught?

Scott Morrison had a sterling political opportunity to denounce the school’s action, to call for a review of its funding, and demand that its curriculum be combed to ensure this brand of hate was not being taught.

He could have asked Brian Mulheran to consider his position, warn other schools against following this course, and to announce a fresh look at his religious discrimination bill.

“The bill that we’re going to be taking through the Parliament, we will have an amendment which will deal with that to ensure that the kids cannot be discriminated against on that basis,’’ he said.

What does that even mean? What does the amendment say specifically? How will it work? How would it stop the course of action taken by this school?

Scott Morrison forfeited the opportunity to explain any of that and in so doing, he’s given enormous authority to the small group of Liberal moderates who have been campaigning for greater protections in the bill.

It’s not good enough. He needs to listen to them, and rethink this bill and the message it sends.

And Citipointe Christian College? At the very least, it should have its funding reviewed and be advertising for a new leader.