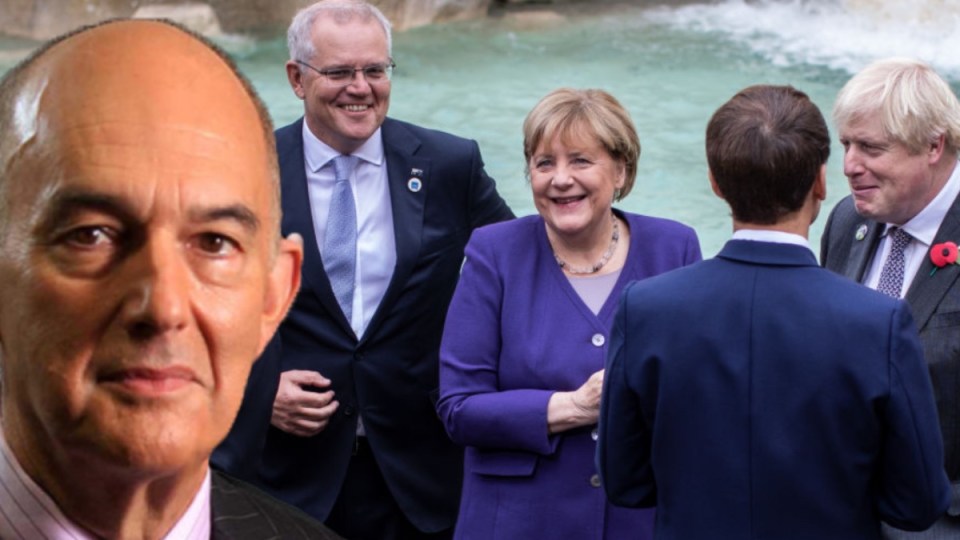 Scott Morrison’s performance at the G20 does not augur well for his election hopes, Paul Bongiorno writes.
opinion

For a Prime Minister whose framing of the next election is in terms of who Australians can trust to look after their economic and security interests, the past two days at the international G20 summit in Rome have been a disaster.

When the President of France takes the opportunity to tell the travelling Australian media that their Prime Minister lied to him over the dumped multibillion-dollar submarine contract you know things are bad, really bad.

The scene was set the day before when the issue was given prominence by United States President Joe Biden.

In front of the world’s television cameras the US President threw Scott Morrison under a bus when he agreed with France’s Emmanuel Macron that the ending of the $90 billion submarine contract by Australia was “clumsy” and was not done with a lot of grace.

If we pause there it was bad enough for Australia because our biggest, best mate, the US was letting it be known in no uncertain terms that France’s fury at being misled and “stabbed in the back” had merit and furthermore had serious consequences for strategic security relationships, particularly in the Indo Pacific.

Australia’s diplomatic ham-fistedness was compounded when Scott Morrison – confusing his domestic political marketing priorities with his job as national leader – gatecrashed a Macron conversation in a crowded room on the sidelines of the summit.

The PM is at great pains to insist the process of reconciliation is under way since Mr Macron phoned him as he was departing Australia, however, he says “these things take time”.

It was already obvious they take much more time than the “kiss and make up” Mr Biden and Mr Macron provided for the cameras.

Mr Morrison was being denied the same sort of picture opportunity.

With his official photographer in tow the Prime Minister bowled up to the Frenchman, grabbed him on the shoulder with a cheery, unmasked “G’day Emmanuel.”

Taken aback, a masked Mr Macron shook the Prime Minister’s proffered hand and quickly turned back to his conversation, but it was mission accomplished, that supplied picture appeared on Australian media within a couple of hours.

That piece of media manipulation unravelled spectacularly when Australian journalists gathering for a Morrison media conference at the convention centre noticed the French President’s was ending in a nearby room.

The ABC’s Andrew Probyn approached Mr Macron, identifying himself as “Australian media” and asked about the state of play between our nations.

This panicked the President’s media minders. But rather than walk away, he seized the opportunity for some straight talking.

And unfortunately for the Australian Prime Minister, nothing was lost in translation as Mr Macron speaks fluent English.

He said “I think this is detrimental to the reputation of your country and your Prime Minister.”

When another journalist asked if he thought Mr Morrison had lied to him, Mr Macron replied: “I don’t think, I know” as he walked away with a wry smile.

Mr Morrison rejects that he lied, but at the same time admits he did not tell the French he was about to ditch the contracts in favour of the AUKUS deal.

Labor’s Anthony Albanese says the Prime Minister is “contradicting himself”, which is all the more obvious in light of statements Mr Morrison made after discussions in Paris last June.

The Prime Minister spoke of  a “very, very open and very transparent and very friendly relationship”.

The “very friendly relationship” maybe was true then.

Everything else was, as Mr Macron now says, a lie.

Mr Morrison may be in for more straight talking from Mr Macron when they attend the climate summit in Glasgow on Tuesday.

According to the Elysée Palace note on their phone conversation last Thursday night, the French President encouraged Australia to adopt ambitious measures to match the climate challenge, including ‘‘a commitment to cease production and consumption of coal at the national level and abroad”.

Not only did Mr Morrison not accept this challenge he joined others at the G20, blocking a target for phasing out coal and pushed back against mandating other countries to achieve significant emissions reduction on much earlier timelines.

Labor’s climate spokesman Chris Bowen drew the issues together with the blunt observation that when Scott Morrison said last week the election would be about who do you trust.

“Well, President Macron made it clear, ‘Not you, mate’ and the Australian people will have an opportunity to say ‘not you, mate’ to Scott Morrison,” Mr Bowen said.

The opinion polls suggest this may be the case, but harsher judgment will be delivered by the rapidly warming planet if all the dissembling and politicking stalls a significant response to the climate crisis.