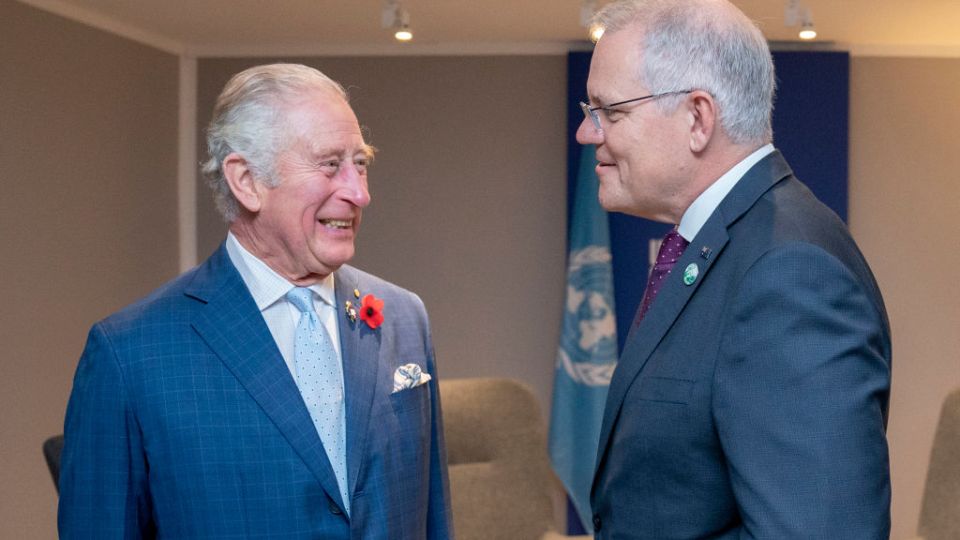 Scott Morrison at the COP26 summit.

Scott Morrison pledged hundreds of millions of dollars in climate finance and new steps in the government’s controversial plans for carbon offsets through the Pacific, talking up moves in Glasgow he claimed would make a “big difference” in our region.

But even as he attempted to shake off Australia’s reputation among some as a climate laggard, Mr Morrison’s commitments at the COP26 summit were derided as “measly” and a “handbrake”, with environmental experts begging the government to do more.

“Our PM stood up in front of the world and effectively promised to do nothing,” claimed the Climate Council’s Professor Tim Flannery.

Just days after formally locking in his government’s plan for Australia to reach net zero by 2050 – a middling target by world standards, described by many as the “price of entry” to the Glasgow summit – Mr Morrison came to Scotland bearing gifts and announcements.

But by Tuesday night, Australia was still noticeably absent from the list of nations that had signed up to a US and EU-led effort to slash the potent greenhouse gas, methane.

The Global Methane Pledge, which was first announced in September, now includes half of the top 30 methane emitters accounting for two-thirds of the global economy.

China, Russia and India, also top-five methane emitters, have not signed on to the pledge, while Australia has ruled out reducing methane emissions in line with the group’s target.

Asked about the decision in Glasgow, Energy Minister Angus Taylor defended the government’s stance and said Australia was not making sector-specific targets.

On Tuesday night, the Prime Minister did announce Australia would commit an extra $500 million to international climate finance for developing nations, taking the government’s total commitment in this area to $2 billion in the next decade.

Mr Morrison said this would go toward climate “resilience” projects, infrastructure, roads and bridges, and supporting private investments in clean technology, with $200 million of the pledge specifically earmarked for the Pacific and south-east Asia region.

“Australia stands with our Pacific family in our joint commitment to scale up mitigation and ensure adaptation support,” the PM said.

Over the course of the week, Mr Morrison has also announced:

Crucially, the $500 million would be invested directly with Pacific nations, not through global forums like the United Nations Green Climate Fund.

“We want to cut out all the red tape and get rid of all the bureaucracy and make sure that this funding is going to work directly within our region, making a big difference for their resilience and their mitigation,” Mr Morrison said.

But even with the funding injection, critics warned Australia was still not doing its bit on international aid.

“On an annual basis, this contribution represents only around 0.3 per cent of the international goal of mobilising $US100 billion a year,” the Climate Council said.

“Independent assessments have placed Australia’s fair share of this goal at around 2 to 3 per cent.”

“Australia’s total commitment falls far short of the bare minimum $3 billion to 2025 that was called for by aid organisations ahead of Glasgow,” she said.

“Morrison is offering up scraps and hoping no one notices. But the reality is that Australia is again failing to pull its weight.”

“But we also note that this comes after considerable cuts to our foreign aid budget over a period of time that don’t make up for the announcement,” he said.

The outline, released last week, shows the government is banking on local and international offsets making up 10 to 20 per cent of the emissions reductions, with the Indo-Pacific scheme – with Fiji as its first member – a central pillar.

However, climate experts and former prime minister Malcolm Turnbull have questioned whether offsets like carbon capture and storage can become effective enough to make the emissions cuts that the government hopes for.

Even as he signed his country up to the plan, Fijian leader Frank Bainimarama pointedly referred to Australia’s net-zero roadmap as “a start”, and called on Mr Morrison to outline a “concrete path” to a stronger 2030 target.

Mr Morrison told COP26 that Australia was forecast to cut emissions by 35 per cent by 2030.

Mr Morrison declined to enshrine that target in a formal commitment, and Australia is only obligated to hit the Tony Abbott-era emissions reduction of 26 to 28 per cent by 2030.

The PM told reporters that Pacific neighbours “always encouraged” Australia to boost its 2030 target, but talked up the government’s commitments on green technology.

Mr Morrison said “our Pacific family” would benefit from investments in such innovations to bring down the price and make them more cost effective for developing nations.

“They will sign on to a low-emissions technology if they’re cost competitive with what they’re currently using. And that is the solution,” he said.

Mr Morrison told the conference, in his speech to the forum, that “raising the cost of energy just impacts on those who can afford it least”.

He said he had “cause for optimism” as he outlined Australia’s reliance on technology in his address.

The Australian Conservation Foundation claimed there was a “lack of applause” following that speech.

“The marketing-style slogans, which we hear time and time again, reassured no one in Glasgow that the Australian government is taking climate change seriously,” the ACF’s Gavan McFadzean said.

“To arrive at the world’s most important climate conference without a plan to halve emissions, at the very least, by 2030 is nothing to boast about.”

The Glasgow conference continues for the next 10 days, but Mr Morrison is set to leave once the leader’s summit portion finishes on Wednesday.